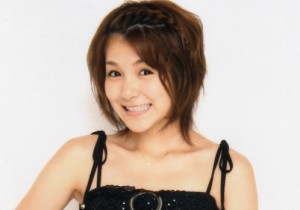 Mitsui Aika Has A Left Ankle Bone Fracture – Hello!SayuNii
Aika’s out for at least 8 weeks with this injury.

2NE1 will not be promoting “Lonely” – allkpop
Could this be due to more drama between YG Entertainment and music shows? Also, “In short, we did not use any auto-tune.” Died laughing.

Idol group PASSPO debuts at the top of the Oricon charts! YAY!!! – aramatheydidnt
PASSPO’s major label debut, “Shoujo Hikou,” sells 43,000 copies (20k or so on the first day) to take the top spot on Oricon.

❤ :: Vee :: First Post is About Laser Beams – Pink Wota
Pink Wota (team of Liz and Vee) is back! With a return post about “Laser Beam.”

Perfume’s “Polyrhythm” included in “Cars 2″ soundtrack worldwide – Tokyograph
First American Dad, now this. Slowly, Perfume are seeping into the consciousness of cartoon lovers around the world.

Pledis denies rumors of new sub-unit, ‘Banana Caramel’ – allkpop
A new sub-unit was NOT what I was thinking about when I saw that picture…

Tsunku you ol’ rascal! – Itsumo Genki
Isilie addresses Tsunku directly, telling her what she wants to see with the upcoming Morning Musume auditions.

Generation TEN – New School Kaidan
Dae sees both the pros and cons of the tenth gen auditions, but ultimately comes out in favor of it.

maize is a smoldering cauldron of wanton desire and the guiding light of Intl Wota in recent years. She also answers to the name of GZA.

View all posts by maiZe →