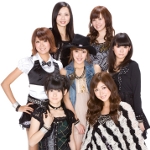 The Most Pushed Morning Musume Members – Midori’s J-pop Overanalyzations
midori goes through each generation tells you which member was given the most promotion.

Yet another SNSD CF for “Goobne Chicken”! – allkpop
If anything, Sooyoung and company know all about being finger lickin’ good.

After School’s Jooyeon shares photos of her “Smile, Donghae” twins – allkpop
When I heard Jooyeon was showing off her twins, I thought she meant, um… never mind…

Ogura Yuko planning autumn wedding in Hawaii? – Tokyograph
Plans for getting hitched seem to be firming up for gravure’s most famous child-woman.

Site Layout: We need your input! – blog!project
blog!project is looking for reader input to make the site as user-friendly as possible.

Hangry & Angry, Passpo to attend Japan Expo in Paris – Tokyograph
Fans of these groups who can get to Paris this summer have something to look forward to!

℃-ute 『桃色スパークリング』 (MV) – Youtube (ocutechannel)
The music video for C-ute’s “Momoiro Sparkling” has been released and the creepiness/awkwardness of Hagiwara Mai is in full effect.

maize is a smoldering cauldron of wanton desire and the guiding light of Intl Wota in recent years. She also answers to the name of GZA.

View all posts by maiZe →