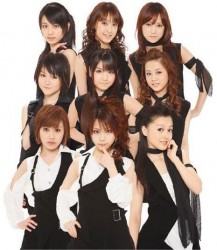 [translation] ~article~ “The Morning Musume of 2007-2011: Before Being Appreciated Later On” – Chuu Sugoi Idol

I must admit, I was looking forward to reading this article, especially since aya-chii described it as “the one I have read so far that describes Morning Musume the best, even it is only mostly about Takahashi Ai’s era”. I am not a fan of Takitty and it was during the extended Stable Nine era that I completely gave up on Morning Musume. That said, I don’t think the group had no value whatsoever during this period – it just stopped appealing to me. It would be edifying to read a thoughtful critical assessment of that era, to find out what appeal Morning Musume held and if it holds up over time.

This article was close… but didn’t quite hit the mark for me. It lapsed much too often into bland generalities mixed with unsubstantiated hyperbole. The writer, Tomi Abe, professes to being initially unfamiliar with this era of Morning Musume, but then is so blown away by how good they are that Abe had to go back and re-assess the era – and from that point on, the praise heaped on these idols is treated in a matter-of-fact style that is less about making a persuasive argument than preaching to the converted.

I think what’s particularly telling is that Abe focuses so much on sheer competency – Takahashi and Tanaka are talented singers, most of the girls perform well live, there arw high degreea of difficulty that are met, and so on. Very little attention is paid to personality, to the unquantifiable aspects that make idols interesting to me. I’m one of those who doesn’t care if my idols can sing or dance well, as long as they get a chance to present a quirk persona and win me over in that manner. Preferably while wearing as little clothing as possible.

And if anything, I stopped listening to Morning Musume completely because they had gotten boring and rote to me. Which isn’t to say that there weren’t interesting personalities in the group. There was… two? But they weren’t the focus of the group and I could just look at their solo activities if I wanted a quick idol fix. Pulling off technical feats of strong singing and dancing wasn’t what I was looking for, much as it impresses Abe.

I didn’t think Momusu sucked as performers or singers, I just didn’t see a spark worth holding onto. If I wanted technical proficiency as my guiding criteria, I certainly wouldn’t be listening or watching Japanese idol music as a first resort. Korean, maybe. But not Japanese.

Which isn’t to say there aren’t some highlights to Abe’s piece – the look at “Nanchatte Ren’ai” was appreciated, one of the rare times where a specific example was used in a critically helpful manner. And the part about how “Onna to Otoko no Lullaby Game” was a title suggestive of Showa-era duets was only scratching the surface! I would’ve loved to read more on this, what it tells us about H!P’s sensibilities, and why this is so crucial.

I somewhat enjoyed reading this – if nothing else, it leaves me with some potential avenues to explore if I ever do want to muse on the virtues of the Stable Nine years and their singles. Though, honestly, such a personal project would only come up after I’m done musing over the wardrobe choices of GP Basic’s Hannah and scouring the internet for more shirtless photos of Yamada Ryosuke. A wota’s gotta have his priorities, after all.

2 Responses to Evaluating The Takitty Years