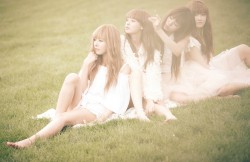 Pledis responds to criticisms of AS Blue’s ‘too sexy’ look – allkpop
If there are going to be complaints about false advertisement with A.S. Blue being “too sexy,” will someone please complain about A.S. Red not being sexy enough?

GETS!!!: Let’s talk about Hello Project Winter 2008 – TVD Nation
A DVD that is described as being part of the trifecta of must-own Hello!Project DVDs.

AKB48’s Akimoto Sayaka transforms into Lady Gaga? -aramatheydidnt
This didn’t just cause a soft-off, it led to a complete turtling.

Daesung to be inactive for rest of the year, Big Bang to comeback in 2012 – allkpop
This is pretty much how I thought it would turn out, and the only way it should turn out, to be honest.

I AM THE BEST – Gold Hikari
Die gives it up for this single and how FIERCE it is.

CSJH’s Sunday apologizes for her Twitter outburst – allkpop
… And social media tango part two: eating your words. I still love The Grace, though.

YG outlines his master plan with YGEX and avex – allkpop
In a surprise move, the first collaboration is going to be 2NE1 and former Hinoi Team mascot Koriki.

Piggy Dolls release “Know Her” MV – Koreaboo
On its own terms this is a great, funny video and a pretty catchy song. Too bad there’s so much baggage attached to it.

Music charts caught for accepting bribes and manipulating rankings – Koreaboo
So, how do you say “payola” in Korean?

The debut PV you’ve been waiting for – aramatheydidnt
My favorite part is when one of the boys appears behind another with a sodomytastic pout on his face. It’s probably what life in the JE dorms is like.

Watarirouka Hashiritai7’s new PV isn’t lacking much – Janakya Mottainai
Our blogger of the month shares her own take on this wonderful video.

Everybody roller skate! – Janakya Mottainaii
I absolutely love AimxAim for bringing up the fatal flaw of Kisumai. Even I wasn’t going to say it, but she did.

Elegance in Movement – Tin Tee Treehouse
A truly hypnotizing music video – and the song ain’t too bad, either!