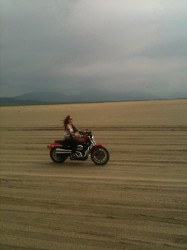 News: Kahi’s Motorbike Accident – Avoided a Crisis – AfterSchool ❤
And now we know just how bad-ass a mamma-jamma Kahi really is!

S/mileage’s 7th Single Announced, Titled “Tachiagaaru” – Hello! SayuNii
This will be the first single with the second gen, so it looks like they’re on a fast track.

S/mileage’s 3rd Audition Process To Be Streamed Live On Nico Nico – Hello! SayuNii
“No pressure, girls, it’s not like a single for you’s already planned or anything…”

Weeping over DiVA’s new PV – Janakya Mottainai
Despite the tears, our blogger of the month is very happy with this video.

NMB48′s No.1 Bid Successful – IXA Ready
So, we’ll just have to wait for one of them to quit to be an AV star before we’re seeing any NMB bloomers?

SNSD’s Tiffany appears on the History Channel – allkpop
She discusses the Battle of Verdun in detail while wearing a gas mask.

Sudden ‘storm’ of Maneki-Neko sales – aramatheydidnt
So if that cat statue caught on because of Arashi, how come publicly molesting Ohno hasn’t?

Abe Hiroshi, Horikita Maki, Hamada Gaku in drama remake of “The Yellow Handkerchief” – Tokyograph
That’s funny, this doesn’t seem like a horror film. What are idols doing in it?

AKB48 attends product launch event for “AKB48 x Hello Kitty” – aramatheydidnt
After Eguchi, why not make Hello Kitty an official AKB member now? And the Tooth Fairy while you’re at it!

Pic of the Day – Your Opinion Doesn’t Count
More Nakky eyecandy to love.

Behind the Blogging: YODC -Your Opinion Doesn’t Count
Actually, that was me, dude. Sorry about the mix-up.

m-flo announces a comeback through Twitter – Tokyohive
A comeback that I am indeed very excited about.