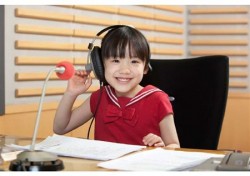 Ashida Mana is a cute little thing. I very much agree. Seeing her on various variety shows, interacting with SMAP (hide and go seek. TWICE.), hearing her sing the theme song of a drama she starred in. This little seven year old girl is really going places. So she’s already the character spokeperson for a company, that’s not too much. So she goes on TV shows to perform that one song she sang, it’s still not too much. Oh… She’s becoming the cohost of a television show? Really? At seven? Isn’t that a bit much? No, you say?

Well, Nights is worried. But not for who you might think. Ashida’s taking the place of a very beloved idol. Where this has been her only consistent media exposure for the last couple of years. Now, I understand what you mean. Nobody wants to see Matsuura Aya disappear. Trust me. She won’t. That’s just how the Japanese entertainment world works. Nostalgia is a VERY popular and motivating force in Japan. SMAP? Matsuda Seiko? Sasae-san? So I say, don’t worry. She’ll still be around. She’ll still be in the papers. She’ll still be releasing things.