By Ray | August 07, 2011 | Comments Off on Continuing the Blogging Community Discussion With Selective Hearing 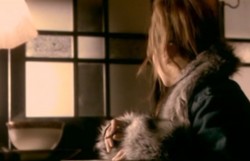 Greg has responded to Serenyty and my posts about blogging and the blogging wotasphere (Wota Twin powers activate!), including some thoughts of his own. And what the heck, let’s keep the ball rolling because the strength and longevity of this community is important to most everyone reading this.

First, I want to emphasize that there are many ways that people can express their feelings about idols. Fansubs, dance, cosplay, forums if you want to discuss idols with like-minded people. And really, it seems to me that the main centers for the overseas wota community are the big forums – Hello! Online, Stage 48, and so on. I used to be on MM-BBS and enjoyed a great many threads there; it was my first step within the fandom, a chance to acclimate myself before moving on to the blogging thing.

Blogs aren’t as popular because, let’s face it, they take some effort to set up and they take a good deal of effort to maintain. And really, the former isn’t all that bad with WordPress and Blogger and other tools, but the latter is the hurdle most everyone stumbles upon sooner or later. Getting over that hump is a whole long-ass blog post in itself.

Further, as Serenyty and Greg and I have all stressed, there isn’t much in the way of instant gratification or audience feedback. In a forum, you can post a message and reasonably expect some kind of response, more often than not. Oh, and there’s social media – Twitter and Facebook and other such services. That’s as instant a gratification as you can get, and following other like-minded wota is not all that difficult at all.

(For reasons that elude me, the Intl Wota staff has always been much more Twitter-oriented than Facebook – and now we’re doing the Google Plus thing. But every attempt to set up a Facebook presence for IW has inevitably petered out, and I’ve even brought up the idea of getting a Facebook-positive person on board just to make up for that deficit.)

Blogging takes a while to build an audience, months upon years, and even then the feedback loop isn’t as strong as it could be. Comments are often sparse, and as Greg points out, it often takes experimentation to find out what suits you and your readers best. Various site metrics become a way to decide if what you’re doing is worth the time and expense. Greg’s advice about being as informed as one’s chosen topics as possible is important, by the way: it does help you write more authoritatively, and does help present a better understanding of idols to the world at large. We’re all going to have plenty of typos and plenty of factual errors, but it behooves us to minimize that as much as we can.
\
Both Serenyty and Greg focus on blogs that share opinions and engage in critical discussions of idols and idol products. Thinking about it some more, that’s only part of the equation in the wotasphere. There are many blogs that aren’t as concerned with criticism and opinion as they are with providing other kinds of content: the latest news, for example, or straight-up media like eyecandy and videos. These strike me as the short-term champs, the ones who will most quickly and readily build a following – their value to the fandom is clearest to most wota, and what they provide is both timely and immediately engaging. Many of my favorite blogs fit this category, including Neaux’s blog, Your Opinion Doesn’t Count and allkpop.

These blogs also highlight one of the advantages of blogging over other communication formats on the internet: over time, their archives provide an often well-curated, idiosyncratic history of the specific interests covered by that blog. Want to see how Amuro’s career developed in PV over the past six years, or the way Rina Koike grew up in front of a camera lens? YODC has it for you!

Another aspect of blogging then clearly emerges, setting it aside from forums and social media: a greater sense of authorship, a more proprietary sense of the ideas and concepts that are developed on a blog. Blogs are by nature territorial, even egotistical if you wanna find a less kind word: MY blog, MY ideas, MY writing, MY space on the interwebs. What you see is what I think and what I want to share with you. It doesn’t have as collaborative a feel as a forum or even social media, but it does a great job of giving primacy to a single author – or group of authors’ – voice, bestowing a clear sense of one person trying to say something of substance.

What the more critical approach to blogging can do is expand that idea of an archival source of information and of proprietary ownership by providing content that can be used by others in their own work. This could happen with reviews as well as opinion pieces, as well as essays that engage the bigger issues involved in the wotasphere and the idol world. The advantages are that such blogs are ideal for people with strong writerly aspirations and those who tend towards a theoretical view of culture. The bad news is that in the short term they can suffer by seeming too tl;dr for many tastes. If you want to isolate yourself to as small a readership as possible, writing critically about Asian idols and their larger meaning in the cultural landscape is a pretty good path to take.

(And just so we’re clear, I don’t think this is an either/or – most of the blogs in our wotasphere tend to have a mix of both the immediate gratification stuff and the critical stuff, though the percentages vary as widely as one can imagine.)

If anything, the primacy of authorship and the value of archives means that blogs could become the ideal beachheads for establishing further discussion of Japanese (and Korean) idols in academia, music journalism, and other mainstream popular culture writing. Does that sound far-fetched? Again, my experience writing about comics critically and academically has shown that pop cultural niches can blossom over time, with the right kind of attention from the right kind of people… and with some kind of foundation of critical writing that can be built upon slowly, over time, to serve as a common narrative ground.

For such a thing to succeed in the wotasphere requires two things: bloggers who want to write in terms of the big picture and with the longer view in mind; and the continued existence of the blogs they maintain, in order that their content can easily be found by people interested in these topics down the road. So much has already been lost, just because the blogging wotasphere hasn’t taken itself seriously and has yet to develop a sense of institutional memory. When a person gives up blogging, they often decide to shut down their blog and erase it. The value of the posts beyond the immediate here-and-now were never considered, even as some historical perspective would tell us otherwise at this point.

Consider this: Santos was one of the earliest English language wota bloggers I know of, and he wrote first-hand accounts of seeing acts such as SweetS, dream, and even Perfume right before they hit it big. His blog, if it were still around, would be a treasure trove for someone looking into the history of girl groups during that period. crs of Undoing The Mercator Projection wrote excellent articles about Kpop idols and how they worked off a different set of premises from Jpop idols – and this was five years ago, long before the current hallyu wave took off. Her blogging could have been an excellent basis for anyone looking to chart the rise of the hallyu wave and why it was significant. On a lighter note, Phil of breadready used to write wonderful posts qbout Eri Kamei’s alter ego Eric Kamezou. Those posts would be a great way to consider Kamei’s career as an idol if somebody ever wrote a history of Mornng Musume.

So as far as I’m concerned, we’ve lost a lot already. But moving forward and thinking in these terms, I think we’re only just starting to see the possibilities that blogging can provide, and the benefits it can have on idol fandoms as a whole. People have written posts about doing college essays and research papers about idols, and a strong foundation of such writing in blogs could go a long way to support that. (The handful of critical books about Asian idols published in English are the first source one would think of, but they can be hard to find and often aren’t providing nearly enough breadth.)

And the benefits this can reap for individual bloggers… Well, I don’t think any of us will become rich or famous or can live off wotablogging by itself. But we can play a large hand in molding the way the world sees and understands idols, we can create the idioms and frameworks of discussion that make idols meaningful as a part of Japanese culture. It’s strange to talk about this from outside the culture, but again there is a precedent to that: France did a better job with a critical history of comics – American and otherwise – well before American journalists and academics caught on.

So imagine five, six years down the line. Somebody wants to write about the trends in Jrock since the start of the millennium and finds the profiles of then-newer bands from Soprano Beast. Or Amuro Namie becomes a world-class musical icon and a writer uses the archives of Amuro reviews from Gold Hikari to trace her creative development. An ethnographer studying the rise of fandom cultures seeks out personal accounts of the tensions it creates, and finds AimxAim’s excellent personal essay. A college student convinces his teacher he wants to write about Japanese dramas as a reflection of the culture and a quick Google search leads him to Isilie’s three-part review of Maou. As I said, this may all sound far-fetched, but that’s because we’re at the cusp, at the beginning – our voices are the only ones right now, but who’s to say that others won’t discover the value that we find, won’t share in the passion we feel? The internet has only opened the world of Asian idols up to the West for maybe a decade; there’s a lot more growth, a lot more wota, waiting out there.

Having said all that, then, blogging still essentially boils down to writing about what you love, doing it because you love it, and taking part in a lively community that approaches these idols with the same passion that you bring. All I’m doing is positing a longer range possibility, a longer view for what our writing can establish. I have no idea if this will come to pass, but again – infrastructure and institutional memory will go a long way towards making this possibility a reality.

And again: we really are just beginning. So if you want to get in the ground floor, time’s a-wasting.