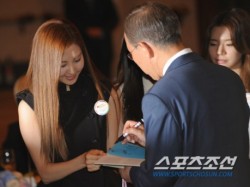 The End of an Era (sort of) 30 Day Idol Challenge Day 30 – Happy Disco
Serenyty goes out with a bang here, describing quite eloquently what she most likes about idols.

Arashi’s Sakurai Sho is a heavy smoker? – aramatheydidnt
Is it a crack pipe? Is it a PCP pipe? Is it a penis? Is it Johnny K’s penis? Then I don’t care.

C-ute And S/mileage To Perform On The 2011 “24H TV Marathon” – Hello! SayuNii
Something else to terrify the S/mileage second gen as they jump head-first into the majors.

Marshmallow 3D chosen for Paradise TV’s “Erotics Save the Earth” – aramatheydidnt
Idol groups made up of AV stars should have their own festival of some sort, there’s so many of them now.

Idol Galaxy II – Jappydolls
The special feature made just for our tastes, sorta.

For your comprehensive pleasure. . . – New School Kaidan
NSK fansubs the “Flying Get” PV!

On Nagase, Aibu Saki, and Queen Ayu – aramatheydidnt
After breaking it up with Ayu there’s no turning back.

Jun Jun To Appear In a Movie Titled “Love in a second” – Hello! SayuNii
Apparently, she’s only comfortable when surrounded by eight or nine other girls.

Hikaru GENJI members appear on stage together for the first time in 17 years – Tokyohive
Creepy, I was just looking up disbanded debuted JE groups after seeing a member of the Shibugakitai on one of Arashi’s shows.

An Idol Whose Character Mina Likes – Wota (in training)
Of course you’d feel one of those three emotions regarding her character. Those are the only three. Just varying degrees of those three. *facepalm*