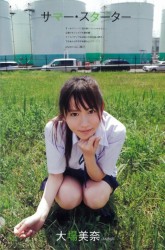 52-year-old arrested for breaking into apartment of Johnny’s president – MomoEdgewood’s Mediawatch
Now if it was a 25 year old man instead of 52, that would’ve just been ordering room service.

What Did Depraved Oppas do to Girls’ Generation? Part 4 – The Grand Narrative
James continues his excellent translation of this fascinating article!

Goto Maki’s Pictures of Performance at “a-nation 10th Anniversary for Life Charge＆Go! ウイダーinゼリー” – Chuu Sugoi Idol
Just look at the smile on her face! She seems so happy on stage.

Watanabe Mayu in My Shin Seiki Evangelion? – New School Kaidan
Dae Lee muses on the clashing of two fandoms he holds near and dear.

News: After School Will Promote with Hello Kitty – AfterSchool ❤
This is both adorable and sexy. No, just adorable. Calling it “sexy” just makes me sound creepy. (… It’s sexy.)

Twitter Update: Lizzy – AfterSchool ❤
I look at that face and think, “Of course it was creamy and salty. What did you expect?”

C-Pop in J-Pop – aramatheydidnt
For those looking to expand beyond the J and K, a helpful guide to Cpop artists in Japan.