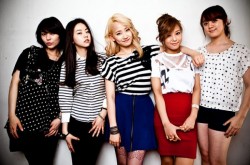 Details on Wonder Girls’ Teen Nick movie, “Wonder Girls at the Apollo” + US Album release info! – allkpop
Well, if Carly and Victorious won’t make out with each other, how about Sohee and Shelby Marx?

AKB48 Flying Get Movie – Pure Idol Heart
If they REALLY want to make this about the senbatsu, they should get the dozens of AKB idols who didn’t even place in the election playing as lowly peons slaving away thanklessly in the rice paddies.

J-Music Clip of the Week – Your Opinion Doesn’t Count
… And a performance clip.

[UPDATE – List of Confirmed artists] Top K-Pop stars to hold free concert in New York! – allkpop
A great line-up for all you real New Yorkers as well as the bridge-and-tunnel fucks.

SDN48′s 3rd Single Sales Nosedives – IXA Ready
The continued underperformance of AKB units leads up to this week’s release of “Flying Get”.

Which Arashi member do you want to see fireworks with? – aramatheydidnt
If you mean sharing poppers before cruising for twinks, that’d have to be Nino.

Pledis Twitter Update: Kahi Backstage Rehearsing for A-Nation Concert – AfterSchool ❤
Is that an invitation she’s wearing? Please let it be an invitation.

Buono!’s “Rock n’ Buono! 4″ To Be Streamed Live On YouTube – Hello! SayuNii
You know what’d be neat? A Chatroulette-style function where we can randomly flash other people watching the concert at the same time as us.

The Latest On Minarun/Anna Mori Scandals – IXA Ready
Management is basically saying “Bygones”, which may not sit well with some fans.

Enjoy the pictures of the girls from “24H TV Marathon”~!!! – Chuu Sugoi Idol
I swear to God I only looked at it for the Dream Morning Musume members! Honest!

Fairies Draw 3,000 Fans For Mini Live Concert – Pure Idol Heart
The next generation SPEED? So which one is the Hitoe of the group? Oh, wait… found her.