hellokpop Advocates More Humanist Approach To Idols And Their Fans

By Ray | September 24, 2011 | Comments Off on hellokpop Advocates More Humanist Approach To Idols And Their Fans 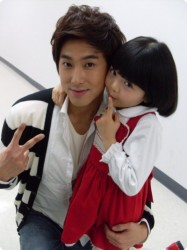 The Kpop Kollective feed passed along these two links to hellokpop editorials by Ceefu that, put together, seem to push for a more humanist – and certainly more humane – approach to Kpop, its idols, and the fans who adore them. For better or worse, I can only agree with half of this agenda.

The first article is a rather heartwarming take on the fan community and just how wide it reaches. Apparently fangirls of Kpop are getting a bad rap and so there’s a kind of anti-fangirl movement directed against their activities or something. The more I think about it, the more Life Of Brian Judean People’s Front / People’s Front of Judea it all sounds to me. I’m sure anti-fangirls have their own fannish lapses as much as anyone else, given the right idol and circumstances.

However, the gist of the essay is that there IS a kind of split in community, a dissension that seeks to make fangirls – which I’m taking to mean, the extra-dedicated, extra-vocal, and at times extra-excessive female fans – into a whipping girl of what’s wrong with Kpop. Ceefu counteracts that by showing that fans are of all ages and would anti-fangirls be as cruel towards children and senior citizens.

I think the answer would be Yes, They Would Be. But that doesn’t mean they should, just that the hatred is unproductive and probably bleeds out further than one would guess. The argument that hit closest to home for me, however, is a rather utilitarian one: that it’s the dedicated fangirls who do a great deal of the work that more casual (or at least time-pressed) fans benefit from. To quote: “These young ladies perform an invaluable service, and they need to be given proper credit for it. They are running websites and forums that tell you all you ever wanted to know about any given Kpop group or artist. I know I don’t have time to do that and I appreciate those who do, even if Antifangirl contributors and their kind do not.” It is an excellent point, and makes me wonder if the fan community could sustain itself if it was just a bunch of casual appreciators, if you need zealots to make the church bells ring on time.

So yes, I’m all for a more humane, community-minded approach to idol fandom. As for the next article, I’m not so sure. Basically, Ceefu argues that calling idols “products” is de-humanizing, does not take into account the contributions that individual idols make, and is another case of generalizations failing to consider specific exceptions. Ceefu ends this essay with: “Idols are people too. Incredibly attractive, hard-working people, but people nonetheless. They are not objects that you return when you think they are defective. They are not robots you just turn on when you want to be amused.”

I really don’t agree. Or rather, I agree that calling idols “products” is dehumanizing, but that dehumanizing them in this context is important and even necessary. Yes, there are people who help create the idol, the various managers and handlers and trainers and wardrobe people and make-up and directors and gaffers – and finally, the person who is called “idol”, who stands in front of the camera. Because of all that goes into creating and selling an idol person, to me that “actual” idol is a simulacra of a person, an avatar that represents the person. And that avatar is definitively removed from that person when finally presented in the highly mediated form we encounter in the public eye.

It’s like the Rene Magritte painting about Ceci n’est pas une pipe. (And to explain that joke: C’est une image de la pipe.) It’s the Treachery of Images, and calling Kpop idols products is a way to overcome that treachery and keep in mind the capitalist mechanism at the core of this rather demanding, intensely mercenary industry. (That said, you could probably counter-argue with the line about separating the dancer from the dance, and we can just go around and around on the topic with our respective stances.) When we talk of an idol, what we really talk about is the media sharing this idol’s activities with us. For the most part, the private lives of idols remain private, out of reach – and that’s how it should be. We don’t really know what G Dragon is like in real life and it would be kind of disturbing for all involved if we did. (In which case, there’s the dancer and the hologram of the dance being performed? Or is that too much of a theoretical headache?)

There is a romantic element in the idol-fan relationship, where we fans give in and fall for these wonderfully created images and gestures and carefully crafted narratives. We CRAVE that, it enriches our lives the way other artforms can, but also has the added bonus of creating a pararelationship – that is, a relationship that exists on a meta level, that resembles our real life day-to-day interactions with people but is completely manufactured and merchandised for our consumption. Calling idols “products” is a way to remind ourselves of that, to recall

Does this take away any of these idols’ subjectivity or agency? I don’t think so. If anything, I think they’re even more sharply aware of themselves as “brand names” to be marketed to the hilt. I doubt that self-awarenness of themselves as a “product” is lost on them with all the endorsements and TV shows and merchandise with their likeness on it.

And yes, there are those who DO use it in a more strongly pejorative sense, which is a shame – and which Ceefu potently brings up examples of. But their distaste for idols is what make the term “products” sting, as far as I’m concerned. The term itself remains valid because idols are what they are, and “product” actually strikes me as ultimately being a value-neutral term that frames the idol correctly within its industry.

And yes, other artists in other music industries have been similarly branded as such. Any discussion of American Idol or like-minded show would include such a description. Going back further, The Monkees were labelled “The Pre-Fab Four”. So this isn’t anything new or unique, given the categories Kpop (and Jpop) idols inhabit.

These two articles are definitely worth a read – they’re thought provoking, certainly, and I’m sure there’s a good deal many readers will sympathize with. However, as with the haters of idols, I’d say this much love for idols should also be taken with a grain or two of salt.