Kago Ai Tweets Thanks; A Look Back At The Earlier Scandal

By Ray | September 17, 2011 | Comments Off on Kago Ai Tweets Thanks; A Look Back At The Earlier Scandal 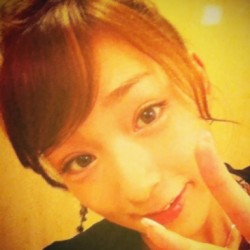 Some good news care of Puolukka, who shares Kago’s tweet and a translation. Not much more needs to be said on that front, except to point out that Kago IS listening to her supporters and hopefully that will make a difference in the difficult weeks and months ahead of her.

Verilian of Zombie Zombie wisely recommended this old Hello! Online article, dating back to the second scandal – that is, Kago being caught with an older man just as fans anticipated her return to Hello! Project. It’s a potent reminder of the responsibilities Kago had at such a young age and how fast she had to grow up as she became a nationwide idol. One can’t help but think of her colleague Goto Maki, who faced a similar burden at the same age, and where she stands now as a public figure.

It also paints Kago’s boyfriend at the time in a rather positive light, by Kago Aki’s description – which may make some of us think twice about judging her current boyfriend one way or the other. Maybe. As I’ve said time and again, we’re outside the situation, we don’t know what it’s like for the people involved, and any rush to judgment we make helps no one.

As always, updates will be passed along as we become aware of them. Hopefully it’s only good news from here on out.