Konno Asami And Other Ex-H!P Have New Musical Releases

By Ray | September 27, 2011 | Comments Off on Konno Asami And Other Ex-H!P Have New Musical Releases 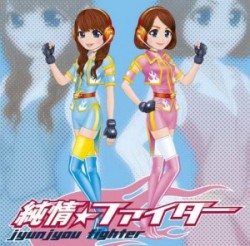 While we’ve known there is life after Hello! Project, it’s kind of surprising that two of the best non-musical success stories from the ranks of Morning Musume have announced new musical releases at about the same time. I guess it shows that you can take the girl out of the idol group, but you can’t take the idol out of the girl?

If there was a vote of which ex-Musume would be LEAST likely to return to music, I’d think that Konno would place second behind Fukuda Asuka – and Asuka just announced her own band a couple days ago! That said, it makes perfect sense in this context, with the “news announcers as idol duet” spin – yet another example of the current idol boom being in full swing. (Will we ever reach an “Ethel Merman sings disco” saturation point with this boom?) Konno seems to be the most canny of careerists to emerge from Hello! Project, which is no surprise given her intellect and will. Making use of her past now that she’s secure in her present is a pretty smart move. It’s also cute to see her describe this as her “second debut”, though I’m hoping that doesn’t mean she starts doing news pieces dressed in Gothic Lolita dresses again, like in the old days.

Along the same lines another ex-Musume, rising superstar model Kusumi Koharu, has returned to her own roots with a new digital single, “Asaasanba” for Oha Star and Hello! SayuNii’s Ado conveniently provides an iTunes link for it. I clicked the link and bought it from the U.S. iTunes store without a hitch, then proceeded to wake up my daughter Haruna Moni with it. It’s pretty much what you expect from Koha, with the samba adding something fun and interesting to the mix. Her first reaction when opening her eyes were a couple of hand-claps to the rhythm. That’s a good way to start one’s fifth birthday, isn’t it?

Meanwhile, Maeda Yuki continues to keep up the good fight for enka with the announcement of a new mini-album. It’s good to see she’s hanging in there. And on a sadder ex-H!P note, Matsuura Aya has left the show Meringue no Kimochi due to her ongoing illness. Always place health ahead of other concerns, so I hope this means Ayaya will have a less stressful schedule on her hands.

It used to feel like an idol leaving Hello! Project was doomed to obscurity, though the truth was always a little more complicated. Now H!P has become an institution of sorts and there’s a wonderful diaspora of talent making their presence known in different parts of the entertainment field. If you include Tsuji and her new maternal-based image and even Ichii Sayaka’s forays into acting… H!P really does feel like a stepping stone to the rest of the entertainment world, which is what many girls who joined always hoped it would be.

In another decade or two, who knows? We may even see one of the H!P girls enter politics. And when that happens, Tsunku can cackle at how his long-term Manchurian Candidate scheming has finally brought him true power. Or maybe not. I’m just guessing there.