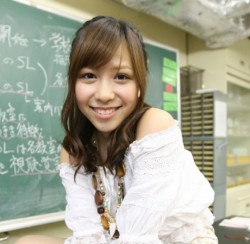 The Tangled Web of Confusion – Bitch-Assery – Selective Hearing
Four for you Sayaka! You go Sayaka! And none for perverts and internet idiots. – idol love
AKB48 Handshake Event Incidents – MELOS no Michi

I must confess, I’m surprised to be revisiting this topic as a Noteworthy, but Selective Hearing and then idol love posted yesterday on this topic… and just today, MELOS no Michi added further commentary. Between this and the comments from the first Noteworthy, it’s clear that some kind of nerve has been hit upon and people are compelled to speak up – not just on the incident, but on justifications of the incident.

Greg considers Code of Conduct and contrasts it to the rather blaxpoitation term Bitch-Assery. He points out some of the rather disturbing behavior some domestic wota engage in when meeting their idols and wonder if that disqualifies them as decent role models for overseas wota. Danielle trots out a rather sickening litany of justifications made by people online on why these idols “deserve” the poor treatment they received, then lets… um… David Bowie have the final, correct word on those accusations. She emphasizes that there is a distinction between reality and fantasy and that the entitlement these fans feel is an overindulgence of fantasy at the idol’s expense. Eimi then chimes in, going over the basics of each case and going over what we learned in two easy parts.

One thing that was brought up was a passage I wrote the first time around: “This makes me wonder if the whole ‘idols you can meet’ angle that defines AKB may have the downside of breeding TOO MUCH familiarity with the idols, if maybe there should be more pedestal and less boots-on-the-ground involved.” Obviously, this is NOT meant as a justification for the behavior of the people who treated these idols so poorly. Rather, I’m asking how is it that such behavior was able to reach the idols in the first place.

And yes, I DO think that making idols more accessible AS A CONCEPT is something that needs to be considered as a contributing factor. Given human nature, how could it not? “Idols you can meet” is a great way to reach out to the fan base and earn a stronger relationship between idol and wota. It may also be a way for certain fans to take idols for granted, to assume that because they are (relatively) within easier reach that there is a stronger sense of (false) entitlement attached to that availability. For the most dedicated fans, meeting Sayaka each and every time will be a special moment, something to treasure and treat with great respect. For others, the fact that Sayaka is there at an event and will be at another event in the near future, and is performing at the theater, means she’s not all that special after all because she’s always around and that’s her job, to always be around.

These are very different attitudes, but both are quite possible… Especially when you consider that the level of AKB’s success at this point would also mean that there will be a broader fan base out there who still want to meet these famous people but don’t hold the same reverence that the more dedicated fans have. In other words, the more famous you are, the more likely you’ll be attracting the undesirable elements which raise their head here. Casual fans can also mean casual attitudes – and if I recall right, the fan who gave Sayaka the finger was a new fan to AKB. Casual fans could also bring out more of the “wouldn’t it be funny if…?” element that would try to pull off the nastier things Greg and Danielle brought up in their posts.

For some reason, I’m now reminded of that guy in the first Morning Musume movie, Morning Cop, who spoke about the proper reverence being shown to idols and how they should always be held at a slight remove. To me, THAT is how a true wota, a true fan, feels – they know the relationship and respect the imbalance in the idol’s favor. That’s why they choose to be fans of idols in the first place!

So all that said, let’s take it from yet another angle: what about security? We’re talking about top-level celebrities, not some wannabe kids performing in record store basements. Are they getting the protection they require? We’re all cheering Sayaka for what she did, but where’s the guarded who could’ve grabbed the guy the second he gave the finger and FORCIBLY escorted the rude bastard out? Where are the dudes standing behind Tomomi who’ll look like they’ll punch you in the face the moment you say something untoward in her presence? And really, if there’s a pattern of abusive comments involved, you SHOULD have at least a couple of guards per idol.

Does anybody consider that frightening attack on Leona Lewis at a bookstore a couple years ago? (What the heck, I didn’t even know who she was until then, that was how awful the event was.) Or closer to home, the attempted kidnapping of SNSD’s Taeyeon ON-STAGE? Or does all management really care about is getting these event tickets sold and let the idols fend for themselves – because hey, “idols you can meet”, that’s right there in the description, right?

And yes, stronger security WILL mean that the AKB idols will seem less approachable, less down-to-earth. But that’s my point. For the sake of these idols’ safety, you shouldn’t treat these incidents as aberrations but as possible trends that need to be addressed quickly and severely.

Okay, so there we have it. More opinions, more defenses. I don’t know where it goes from here, but – like the overseas fan reactions to the March earthquake as well as the more recent reactions to Kago Ai’s tragedy – this feels like a litmus test, a way for each person to show what they value, why they value it, and see how it measures to the values of others. That may be what makes it such a compelling topic in the first place, and why feelings still run high on the matter.

6 Responses to More Reactions To That AKB Handshake Event