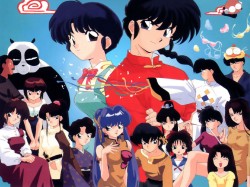 Aragaki Yui to star in “Ranma 1/2″ live-action special – Tokyograph
I find the Aragaki news not nearly as exciting as the Ranma 1/2 Live Action news.

SNSD to make their comeback with “The Boys” + Teaser picture feat. Taeyeon – Koreaboo
We knew the single was coming, but not Taeyeon dressed up as Marie Antoinette!

Sooyoung will join Girls’ Generation for their comeback – Koreaboo
This is great news for fans.

The Boxset to End All Boxsets – New School Kaidan
Stick it in a pillowcase and you can bludgeon someone to death with it!

AKB48 Cafe & Shop Opening This Week – IXA Ready
It’ll be like The Playboy Club for wota!

Anna Tsuchiya- “Juicy Girl” clip – Neaux Clicked On It
Why am I only really noticing Anna now?

BeriKyuu – “Sengoku Jieitai” DVD Announced – Hello! SayuNii
There’s an alternate cut where the village gets bombed by napalm during the credits.

Has liking idols changed my idea of good music? – The Blogpower!!!
Kath answers a very interesting question, but only scratches the very tip of the iceberg.

AKB48 Special Birthday Theater Shows – IXA Ready
But will there be performances in birthday suits?