By Ray | October 06, 2011 | Comments Off on Big Bang Photoshoot Was Not Cancelled, Questions Still Linger 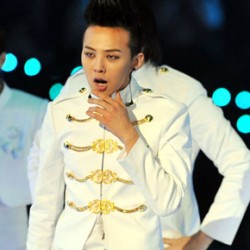 G-Dragon completes North Face photoshoot with Big Bang as planned – allkpop
Why was G-Dragon the only one to have been placed under investigation? – Koreaboo

So it turns out that YG only claimed to cancel the North Face photoshoot when instead they just held it in secret. Deceptive? Yes. But given the media attention that was about to shine down on Big Bang, completely necessary and understandable. This does raise the question of how long G Dragon’s suspension will run – did it start after the shoot on a technicality, or does revealing this mean the suspension is already over?

My guess is there will be a relatively brief suspension – a week, maybe two? – to make sure the media turns its attention to the next bright shiny object they stumble upon, and then let G Dragon resume what he does best. Still not sure how they’ll handle the plans for GD & TOP’s Japanese debut, though – it’s not like G Dragon was hanging out with yakuza, which seems to be the latest big no-no, but that anti-crime sentiment may bleed over to his accidental tokes.

Meanwhile, Koreaboo covers a question which is definitely worth considering: why was G Dragon singled out? Turns out he was the only one named in a tip-off. Which makes me wonder: who gave that tip-off? Seriously, this brings out the conspiracy theorist in me? Who would have had enough knowledge – or suspicion – that GD took a few puffs and then told the Seoul police about it?

Unless he was being set up and that Japanese fan in the bathroom was a deliberate plant to pin G Dragon with a drug charge – and that sounds way too far-fetched even for me – then that must’ve been somebody close to GD, most likely employed by YG itself. Perhaps even one of his fellow members of Big Bang? Which would explain Taeyang’s post? Except I don’t believe that at all, but SOMEONE has to say it because I know it’d be brewing in the back of people’s minds. My guess would be some YG employee who sniffed something off GD that night, or maybe who overheard GD tell a story about a funny encounter he had.

So there’s still questions left, though my guess is we’ll never get the answers to some of them. I’m sure YG is trying hard to get to the bottom of this, but the rest of the world will be kept out of the loop. As we should be.