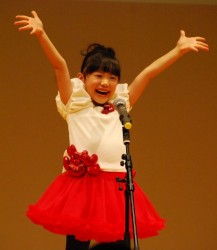 Elegant Entrepreneur Erika Sawajiri Entices in GINGER – aramatheydidnt
I like the part about the tracksuits.

Lin Lin Will Be On A New Show – Hello! SayuNii
So there’s life after being a panda.

Maeda Yuuka to take a walk off down Obscurity Avenue – The Blogpower!!!
Kath shares her thoughts on Yuuka’s decision.

News: Jung Ah Reveals After School’s Composer is “Too Much” – AfterSchool ❤
Sounds a little brutal, but high standards often help in the long run…

What do you think about Johnny’s plan to have a show in Las Vegas called “Johnny’s World”? Does he expect his boys to speak Japanese in a Vegas show? because as far as I know most of them don’t speak English. And I don’t know any current running show in Vegas that is non-English speaking. – Cho Scandalous
Yeah, I don’t see this ever happening, either…

granddaughter of the Japanese Emperor LOVES KPOP – aramatheydidnt
From the furor this is raising, you’d think it’s like Prince Harry dressing up as a Nazi.

2PM embarrassed by shocking dance from a Taiwanese fan – allkpop
It’s always nice to hear about idols being extra courteous to their fans.

Perfume spice things up with their full color PV – Neaux Clicked On It
The PV is kinda cute, but the song itself is really disappointing.