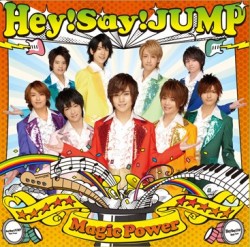 A Look at Johnny’s Entertainment Groups: The 3 Day Challenge – Day 1 – Okay! Musume Time
Ebichuu is Breaking Out of the Indies and into Mainstream – Happy! Go! Lucky!
Population Dynamics in a popular Japanese Idol Group: A Multi-Generational Analysis – J. Popping

It looks like the spirit of discovery is in the air, as a trio of wotabloggers decide to mix things up a little and see what happens.

First off, we have a continuation of yesterday’s Noteworthy as Chiima actually takes my advice, tries out Johnny’s, and even watches the PVs I suggested in the comments. If I had known Chiima would follow my suggestions, I’d’ve asked her to pose in a Girl Scout outfit and send me some Polaroids. Whatever the case, I appreciate her willingness to give JE a try and she even had the initiative to try out other groups such as Hey! Say! Jump and KAT-TUN.

I love how she begins by explaining why she never developed a taste for boy bands in the first place – it’s an interesting notion, that she was caught between pop cultural cycles, so to speak, and was at the right age for boy bands just when they were out of favor completely. And regarding Hey! Say! Jump, I love how she immediately zeroes in on Mister Lusciosuness himself, Yamada Ryosuke. Here’s a hint: when he was younger, he looked EXACTLY like Murakami Megumi. That’s what made him so delicious to me then and is still a big part of what makes him delicious to me now.

Meanwhile, Jess at Happy! Go! Lucky! decides to write up Shiritsu Ebisu Chuugaku. Being a fan of Momoiro Clover Z, one would expect Jess to love Ebichuu – but that’s not the case, as Jess points out why Momoclo Lite may not be as satisfying as the full version. There may also be a horrible extra ingredient of someone acting too cute for her own good – kind of like finding a pubic hair swimming in your Coke Zero. Ultimately, Jess decides to stick with the classic formula and accept no substitutes.

The attempt to try Ebichuu was at least made, though, and the part about the shallow grave made me laugh out loud. These girls have been getting a good deal of attention in the wotasphere as of late, most likely because of their lineage. It remains to see if they’ll become a mainstay of the idol world or be relegated to a failed experiment of their own.

Last but by no means least, Sophie returns to J.Popping, introducing a new approach to the blog and its contents. Unhappy with the negative attention received for all the eyecandy on wota blogs, she has decided to go with deep camouflage – long, dry titles to her posts, with charts and graphs that will appear as dull as possible. It’s like those screensavers that shows spreadsheets when your boss is looking over your shoulder, though Sophie is using actual Hello! Project information and ideas for this new, hyper-academized format.

I’m not sure how much of this is tongue-in-cheek, but one thing’s for certain: J. Popping is sorely missed, and a return in any format is welcome. Sophie has always been a very analytical blogger, and the graphs used in this first post actually tie into a basic statement Tsunku made about Morning Musume and the direction they’re headed. More than a simple joke, Sophie can take this format – if she’s serious about it – and make it an asset in her writing. A new article is already promised for the weekend, and I’m definitely looking forward to it.

So if you like what you’re seeing, encourage these bloggers! Chiima is actively looking for more suggestions of what Johnny’s songs and PVs to try out, while Jess and Sophie would also benefit from a comment or two in their direction. They’re making an effort to do something different for themselves, and in doing so make the wotasphere a richer place to experience Japanese idols and music.

One Response to Wotabloggers Feeling Experimental, Try Out Johnny’s, Ebichuu, and… Boring Graphs?