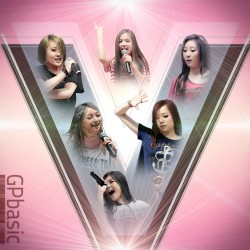 GP BASIC (지피 베이직) – V (브이) [ENG SUB] – Youtube
Two initial thoughts: the rap portions sound a LOT like Bennie K’s Cico; and the photo of Amet is absolutely horrendous. (Thanks to jogii for the link!)

Yuma Asami ~ Juicy Honey EX 02 – Jappydolls
And some more once you’ve cleaned up the first mess.

Wonder Girls’ Yoobin reveals new replacement trophy from Mnet – Koreaboo
Oh come on, you can’t resist throwing it against the wall now, can’t you? You know you wanna do it.

Maki Goto’s Smoking Scandal – Plastic Candy
Alvy looks at the controversy stirred up by some new photos of Gocchin.

Jin announces new Japanese single – Janakya Mottainai
AimxAim has very strong feelings against Jin returning to Japan for a single, and explains why.

SDN48 to sing a duet with Mino Monta for their new single – aramatheydidnt
Rumor has it that Mino will be adopting a few SDN girls upon their retirement.

Rock star starts a new ‘circle of life’ with Yoyogi Village – aramatheydidnt
So Mr. Children created their own retirement village after AKB kicked them out of the record books?

Pic of the Day – Your Opinion Doesn’t Count
Langdimus is loving the new look on Scandal’s Mami.

[IV] Erina Mano ~ MANOGUAM – Jappydolls
I don’t care about this, but I’m sure some of you out there do.

Wonder Girls’ Sunye in a relationship with a non-celebrity – Koreaboo
At least it wasn’t Sohee.

Sunye explains the reason for making her relationship public – allkpop
“Because I want my fans to cry,” she answered.

AKB48 to be in [Ultraman Saga] movie as Team U – MELOS no Michi
Be careful with Ultraman, he’s known to knock up idols!

Chiaki Kuriyama releases pv for Identité de la lune – aramatheydidnt
I always find her fascinating, though the song really doesn’t do much for me.

Translated Interview: JuYeon and Nana Chat with Oricon – AfterSchool ❤
The parts about learning the drum line and tap routines are particularly interesting.

Album Info: After School’s Third Japanese Single “Because of You/Rambling Girls” – AfterSchool ❤
I assume they’ll learn fire-breathing for this next single.

NEWS member Kato Shigeaki to publish first book in January 2012 (Updated) – Tokyograph
Tokio’s Matsuoka is the sexiest, but Shige is my favorite JE man, and here’s a new reason why.

Suzuka Morita – Ren Ren Suzuka – Acchi Muite Pie
It’s like she always has a camera following her, the way she churns out videos.