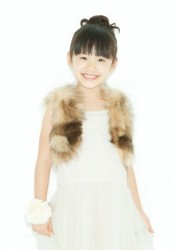 Ashida Mana to collaborate with Takeuchi Mariya & Kishitani Kaori for debut album – aramatheydidnt
She’s popular now, but I’m beginning to think she’s going to be one of the major stars of 2012.

2NE1 – Go Away (Japanese Version) PV – Selective Hearing
Reading this made me want to watch the Korean version.

Tackey & Tsubasa talk about an Asia tour, relationships, and Tohoku – aramatheydidnt
The duo discuss their plans for the tenth anniversary and put some dating rumors to rest.

‘Sit!Stay!Wait!Down!’ Covers – Namie News Network
I have to confess, I’m more of a cat person.

Because You Were There For Me: Nakaya Sayaka’s Mother – MELOS no Michi
A rather striking peek at the family life of a member of AKB48’s Team A.

Shinya Shokudo season 2 eps 1+2 – HamsapSukebe
Akiramike is pleased to see this quality drama continue in the same vein as the first season.

Korea’s top labels to create global K-pop concert brand ‘M-Live’ – allkpop
I’m not surprised by the focus on South America, but the Middle East did catch my attention.

ChocoLe-Milk to Chocolate preview – Janakya Mottainai
AimxAim is liking what she hears and impressed with what Avex has been delivering lately.

:O I need a link to this performance~ Nevermind, I found it~ – Idols and Hollywood
They’re dressed like a Cinemax version of The Matrix. Of course, I love it.

UFZS to debut in Korea – Janakya Mottainai
Aim is rooting for the group’s uphill battle in a new market.

News: Pledis CEO Han Sung Soo Talks about Success with After School and Son Dambi Plus Reveals New Group Plans – AfterSchool ❤
A fascinating talk with the man behind After School and plans for the future.

exist tracethe last daybreak2011 The verse, especially that… – jrocknyc
Go is liking what we hears from the all-femalle VK band’s latest.

AKB48 Full Ranking – Wota (in training)
I appreciate the lack of comment (except two key ones) after #20. Unless you’re full-on hardcore, past a certain point they bunch into vague reasons.