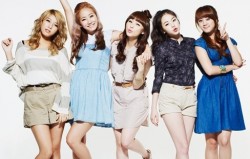 Wonder Girls’ Teen Nick TV show ‘Wonder Girls at the Apollo’ to begin airing in February – allkpop
Sohee is SO going to outshine Victorious and Big Time Rush. But can they topple iCarly?

K-Pop: The Concept Machine; Exploring the Best/Worst of 2011 – Seoulbeats
… And the staff discusses their favorite and most detested concepts of the year. SuJu isn’t spared.

The King of Eggplant is forever classier than none of them hoes! – aramatheydidnt
A rather restrained photo shoot for Bakanishi, but better for it.

Sweet Jewel by Fairies – PV Review – Happy! Go! Lucky!
Jess tries to help readers get familiar with the individual members of the group in this review.

The Top 70 Singles of 2011 – Wota (in training)
Seventy? That’s maybe sixty more than I could come up with.

AKB48 Bring Festive Cheer To Fukushima – IXA Ready
AKB do their part for the holidays.

Fair Trade Commission Rules SM Guilty, Guilty, Guilty – Seoulbeats
We all knew SM was cockblocking JYJ, but will this change matters at all?

Stellar-Rocket Girl – Space Station No.9
I absolutely LOVE this song, but can’t fault the negative review for its main points.

Merry Pink Christmas!! – New life
Raelyan gives a nice reminder of what really matters most in this season,