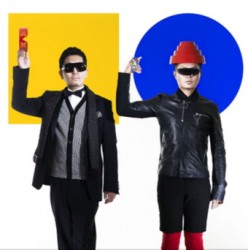 m-flo to release a new album – aramatheydidnt
Great to see them back in action together… and apparently doing a Polysics tribute.

SKE48 – Kataomoi Finally My isn’t this…… – Idols and Hollywood
When I read “they went there” I thought, “At last! A blood-soaked human sacrifice to Cthulhu is documented in a Jpop PV!” Alas, I got it wrong.

Pyoko Pyoko Ultra Review – idol love
Danielle has a very thoughtful review of the PV, with some great ideas about the ever-changing nature of Morning Musume.

Happy 29th Birthday Yaguchi Mari!!! Sexy Beam~ – Chuu Sugoi Idol
Happy birthday to the Gooch, and may all her wishes come true! Speaking of which…

Photo of the Day! – Genki Almost Idol
Ahh, Seabiscuit, looking as fine as ever!

DiVA 3rd Single [Lost the way] to release on March 7th – MELOS no Michi
I see they don’t have the capital I yet. Perhaps they needz moar memberz?

Teen Nick releases an excerpt from ‘THE WONDER GIRLS’ movie – allkpop
Well, the dialogue sure feels like a Nick show.

SNSD’s Hyoyeon wants to be a mother of 5 children in 10 years – allkpop
After the second or third, I’m sure she’ll be rethinking this.

Megashit – Kamichan
Kamichan shares some thoughts on the Megaupload takedown and what it means for idol fans.

Dream Morning Musume- “Shining Butterfly” Covers Released – Hello! SayuNii
I like the regular cover myself, but it’s the girls that sell it, not the lazy design.

Ayumi Hamasaki Shoots New PV In The Middle East – aramatheydidnt
Maybe she’ll bring back something conjugal as a souvenir.

Momoko Tsugunaga – Berryz Best Butt – Hello! Project Feet
I may not love ol’ rat-face like I used to, but I won’t contest this fact.

Sowelu is releasing a new album – aramatheydidnt
The autobiographical element makes this album sound quite interesting.

Shiatsu! TIME – Berryz Kobo International
For her next horror movie, Chinami will be playing Pinhead.

Morning Musume are the cover girls on the Janurary Issue of CD… – Idols and Hollywood
The same pics were also used for Japan’s edition of Agricultural Weekly.

Frances & Aiko, getting more comercial work than the whole… – Idols and Hollywood
Or as I like to call em, Sweet F A.

大小姐-怪兽Lonely (by ming879) This is one of their better songs even… – Idols and Hollywood
… Have you had enough yet?

Last but no least off their first album is a remake of Morning… – Idols and Hollywood
Coffee? Oh please let it be Morning Coffee! But no, it’s Sweet F A doing Go Girl Koi no Victory.