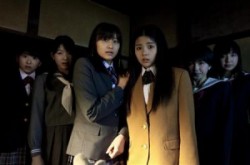 Yamashita Tomohisa, Johnny’s Golden Boy – Never Ending Music Power
NEMP’s latest installment in the history of Johnny’s is none other than Yamapi.

AKB48 Request Hour Setlist Best 100 2012 – Top 25 – Selective Hearing
The recently indoctrinated Greg breaks his concert-viewing cherry, and tells us what it was like.

Shokuzai ep 2 and 3 – HamsapSukebe
For Akiramike, these episodes don’t shine as much as the first one but are still solid.

The Nominees for the 2012 AV Awards – aramatheydidnt
I must admit, I’m not familiar with most all these idols. Time to start learnin’!

Jin is hosting a fan video contest guys! – aramatheydidnt
I wonder if a picture of me slowly fapping while watching the video will win the prize?

[NSFW] T-ara’s Hwayoung has wardrobe malfunction on Inkigayo – Koreaboo
The poor girl’s been traumatized, but fan support hopefully will help her get over this.

Rumor: Speculated Girl Group “Venus” May be an After School Sub-Unit – AfterSchool ❤
This is pretty exciting, though now I’m wondering which ASers could be in such a unit.

Nogizaka46 Guru Guru Curtain PV – Pure Idol Heart
I have to say, this was sad and disappointing, given all the previous hype. If Gaki’s right, these cousins are the poor ones in the 48 family.