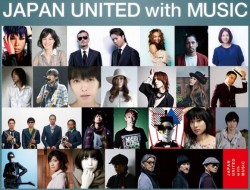 30 Japanese Artists Cover “All You Need Is Love,” Release Single For Earthquake Charity – aramatheydidnt
A good cause and a classic song.

「All You Need Is Love」ミュージックビデオ（short version） – Youtube
And here’s the video for the song.

Clip of the Day – Your Opinion Doesn’t Count
I’m sure she could sing the Beatles as well as some of those on the charity single.

K-Pop and J-Pop on the International Stage – Wota (in training)
Mina shares her thoughts on the hallyu wave in Japan.

SMAP’s Nakai will play Rain Man detective – MomoEdgewood’s Mediawatch
Anybody thinking of Tropic Thunder with this bit of casting?

A Special Day to Kick-off a Big Week! – Chuo Dori
CK’s on a mission to make the most of Wasamin’s big enka debut.

Yonezawa Rumi and Hirajima Natsumi Scandals – MELOS no Michi
A nicely detailed summary / timeline of the events in the scandal, including relevant statements by people involved.

Because You Were There For Me: Hirajima Natsumi’s Friend – MELOS no Michi
Not the best timing for such an article, is it?

This Week in Music 02.01.2012 – New School Kaidan
Garry looks over the idol releases to expect this week.