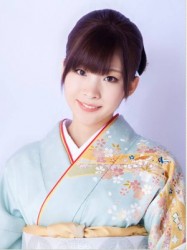 Take a Giant Step…Wasamin’s Solo Debut – Chuo Dori
CK pays tribute to what Wasamin has accomplished with her enka debut.

Photo of the Day! – Genki Almost Idol
Some Gaki eyecandy for those already missing her.

AKB48’s winter campaign with Apaman Networks (Yeah, I… – Idols and Hollywood
Some useful conjectures on how this ties in with the next single.

Shinhwa begins comeback preparations with choreography rehearsals – allkpop
I’m getting excited! I don’t know why, I just am!

Idoling!!! Graduation Special Live ~Yazawa & Fonchi Arigatoungu!!!~ (On Demand) – Acchi Muite Pie!!!
I almost forgot about this graduation, but here’s something to commemorate the event by.

MBLAQ’s Mir would ‘sell a cow’ for miss A’s Suzy – allkpop
“Sell a cow” is Korean for when you pull a Cleveland Steamer with a Gorilla Mask topper.

Morning Musume – “Koi no Melody” Preview Released – Hello! SayuNii
Ayuchii likes how this balances out the song with the chickens.

Who will be the next leader of Morning Musume~!? – Chuu Sugoi Idol
Addressing why Reina likely won’t become leader or co-leader