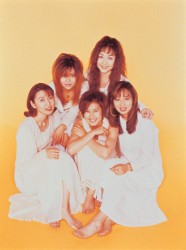 All the wigs in Japan are about to get snatched for a good cause. – aramatheydidnt
Princess Princess are re-uniting for disaster relief! But not until November?

http://metropolis.co.jp/arts/japan-beat/sugizo/ (thx nui!) (I… – jrocknyc
Sugizo on the death of visual kei.

Fortune – Gold Hikari
Die is somewhat on the fence with this latest album from BENI.

Ami Tokito ~ Idol of the Week 003 – Jappydolls
Does she still sing? Oh wait, does that even matter?

Johnnys’ hatsumode (shrine) tradition – aramatheydidnt
The JE boys pay respect on New Year’s and fans are there to pay respect to them.

And We’re Back…With More Maimi Yajima Goodness! – Hello! Project Feet
A nice picture of Maimi, though my eye’s less on the feet than the shorts.

Your regularly scheduled BiS update. – aramatheydidnt
I already miss the crazy one.

Bask in the glory of 9nine’s new single “Shoujo Traveler” – aramatheydidnt
For some reason I’m getting a strong Girl’s Box vibe to this, like Paradise Go!! Go!!

Going to Japan? Remind you guys to wear gloves. – aramatheydidnt
I’m thinking this is a hoax or a joke, but maybe they just prefer knows that won’t spurt on their faces.

Big Bang’s Seungri begs his fans to buy him some ramen – allkpop
How pitiful. He’s a star, he should be begging for casual sex and hard drugs from his fan base.