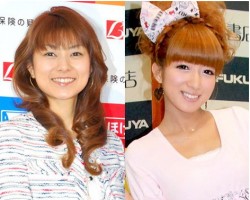 Charting the success of the 48′s – Shoujiki Media
Some helpful charts to show how the groups are doing, and even where they’re headed.

Watarirouka Hashiritai 7 to Appear in Crayon Shin-Chan Anime – MELOS no Michi
They’re keeping the 7 in the name, even after losing the girl who’s probably seen a Mister Elephant Dance up close.

Photo – Idols and Hollywood
Not a great pose, but very cute nonetheless.

Photo – Idols and Hollywood
That hip-pivot gives her a kind of swingin’ Bond girl vibe, doesn’t it?

Koki comments on Jin’s marriage – aramatheydidnt
Somebody had to say it.

“Go Round/YEAH-OH” Covers revealed! – Namie News Network
I dunno, she’s as lovely as ever, but it feels like the same poses year after year.

G+ Posts from Akimoto Yasushi – MELOS no Michi
It’s like finding out Santa Claus has been reading your present lists.

Searching for Idol Perfection – Morning Musume. – THE Blogpower!!!
Kath runs some calculations and reaches a conclusion.