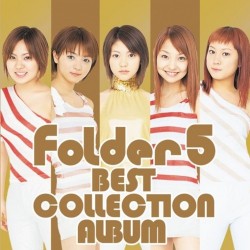 Folder5 to release best album in March – aramatheydidnt
A part of me is hoping and praying this means a Folder5 reunion is in the works… Or at least a release for AKINA from whatever exile she’s been in.

Rina Koike ~ WPB-net No.141 – Jappydolls
Oh so lovely, even as puberty finishes its work on her…

[IV] Noriko Kijima ~ Angel Kiss – Jappydolls
This is an older title, I think, but worth your time and fapping.

~The elephant in the room.. – モーニングBerryz48
MB playfully considers that thing – or three – she didn’t mention in her appreciation of Aya Hirano. Wonderfully creative and funny!

Miryo sits down for an interview with ‘Men’s Health’ magazine – allkpop
Almost as lovely as Ga-In.

Guide to AKB TV Shows – Part 1 – Samurai Tamashii
A great idea for a post, and a nifty way to explore AKB’s history.

Living the Aftermath of Block B’s Thailand Controversy – Seoulbeats
Another abject lesson in the responsibilities that go with being a public figure.

Guitar Panda- “Jinrui Metsubo” PV (most of it) – Neaux Clicked on It
Never mind if this panda plays guitar – how does it taste in a stew?

KARA’s “Speed Up” Japanese MV released – Koreaboo
I think this is about as angsty as KARA will ever get.

Nogizaka46 Appointed as “Sukapa-! J-League 2012 Official Supporter” – MELOS no Michi
Rumor has it that AKB48 wailed and gnashed their teeth at losing this out to their rivals.

6 active minutes: Tokyo Jihen feat. aoumi_aozora – Plastic Candy
Alvy does something quite interesting here, stitching 30 second snippets of favorite songs to show why he loves the group so much.

Bringing Back The Maid Costumes – Afilia Saga East’s ‘Mirai no Watashi Matteiru’ PV Review! – Okay! Musume Time
I like the part about “piggy in the middle” best, just because of the visuals it gave me.

Perfume Moving to Universal Japan, New Song “Spring of Life” – Perfume City
Looks like big changes are in store for the trio.

Big Bang’s ALIVE – Not Another K-Blog!!!
A lively track-by-track review of the album, with a review of the “Bad Boy” MV thrown in the middle as well.