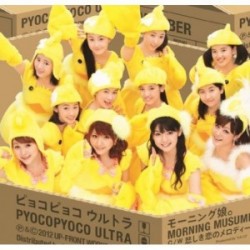 Selective Hearing Roundtable – Them’s Fighting Words – Selective Hearing
The SH crew get together and try to figure out how bad Morning Musume’s ship is sinking. The most amusing part is Greg being the “old guard” fan; I got in at Nacchi’s graduation and still feel like a noob sometimes.

In which Isilie wonders about this “Project” part of H!P – Itsumo Genki
Meanwhile, Isilie is wondering if the other H!P groups – starting with S/mileage – are headed in the right direction themselves.

Kanjani8′s Maruyama Ryuhei stars in sci-fi miniseries “O-Parts” – Tokyograph
Unfortunately, the O-Parts being referred to aren’t below the waist. I think.

30 Day Idol Challenge, Day 01 – My (Almost) Favorite Idol – Samurai Tamashii
Sagsousuke has to go to his third favorite, but makes a good case for her.

WHAT THE HELL… I’ve found my Nogizaka oshimen – Samurai Tamashii
An interesting way to find a new favorite – but also very compelling.

AKB48 anime [AKB0048] updates – MELOS no Michi
I’m still waiting to see who gets to play the tentacle-rapey monster.

Pic of the Day – Your Opinion Doesn’t Count
Oh, waiting for legal is SOOOOO narrow-minded.

Girls Generation get the boys out! – Kameilicious
… But not as much as Regis, I’m guessing.