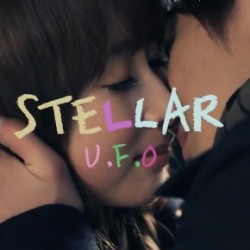 Is Fanfiction In K-pop A Force For Good? – Seoulbeats
That reminds me, I need to write my Harry Potter-themed Shindong-sodomizes-Leeteuk fanfic tonight…

LM.C at Anime Central 2012 – Shattered-Tranquility.net
American Jrock fans are having a good year so far.

Pic of the Day – Your Opinion Doesn’t Count
Nakkky enjoys the perks of being an adult.

Google explains how celebs and politics are driving Google+ growth in Asia – The Next Web
The article overall is fascinating, but there’s a comparison between Oshima Yuko’s Google+ fan base and Britney Spears’ which is quite illuminating. Makes me wonder how Kpop artists would fare on G+…

Counterpoint: Wonder Girls and TeenNick Could be “Daebak!” – Seoulbeats
A compelling argument that the movie was aiming for a specific demographic of future fans.

This Week in Music 02.08.2012 – New School Kaidan
Garry once again looks at what’s coming in this week’s J-idol releases.