Some Stuff Recommended To Us 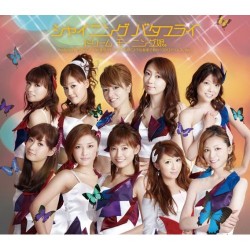 We love getting recommendations from our readers and fellow wotabloggers, but sometimes they pile up before we get around to them. So we’re playing catch-up here, with sincerest apologies.

This blog covers music from America, Japan, and Korea, primarily through detailed track-by-track reviews. Two articles definitely worth your time are end-of-year assessments posted in mid-January: Best Of 2011: Japanese Music and Best Of 2011: Korean Music. The love for Goto Maki and Brown Eyed Girls is especially appreciated in those posts, and it’s a solid look at some highlights from the past year’s Asian pop scene.

AKB48: The next big import from Japan? – Shoujiki Media

This is a great article looking at AKB48 from a newcomers’ perspective. The highlight for those already in the know, however, is the interview conducted with a couple of the people who run the AKB forum Everyday48, especially the contrasts they draw between early AKB fandom and after it boomed into Japan’s biggest pop group. If anything, it makes plain the truisms of any fandom that gets a taste of mainstream success.

Breaking News! Your Oshimen had a scandal… – Wandering Wota

Wandering Wota is a new wotablog, filled with strong opinions and lively writing. This above post was recommended in particular, and it does a nice job of framing the wota’s dilemma (or, more bluntly, hypocrisy) that the recent AKB scandals make painfully obvious yet again. Though when I think about it, the dating scandals don’t seem to involve idols messing around with wota… If anything, they get involved with other idols or non-fans. (Somebody prove me wrong on this, lest my fragile dreams be shattered.)

That said, the post before it, titled There’s room for the Tainted Idol, strikes me as a much better defense – even a valorization – of Nacchan. It’s eloquent and passionate and quite self-aware in how it looks at the idol-wota relationship and what should be expected. I’ll definitely be keeping an eye out for more posts, this promises to be a highly entertaining site.

On Average, I Sleep For 2 Hours [laughs] – Frank Kogan

This was not recommended by the blogger himself – and yes, it’s definitely fine to recommend other people’s posts and blogs besides your own (some of the most interesting stuff comes in that way). The post itself points out what is so wrong with the title statement – this from a member of Kpop girl group T-ara – but I found the comments section helpful in providing a deeper context in which to understand the situation.

There’s also a link to an Al Jazeera video about the Kpop industry – also recommended to IW – but I’ve yet to watch and probably won’t get around to for a while. From the intro, it sounds like a highly critical piece, which is what one expects as the practices of the industry fall under increasing global scrutiny.

Another new wotablog, this one dedicated to Kpop and Jpop in equal measures. (I also love that the blog’s name is dedicated to everyone’s favorite former idol / current newscaster; it reminds me of that soda-bukkake incident from a while back and I still can’t believe that fucking happened.) Again, strong opinions on display, lively writing – the takedown of Miryo’s solo album and PV was striking, but fair-minded as well. The most recent post is on Dream Morning Musume’s single and PV, where the love of the group doesn’t keep blogger KonnoAsami from pointing out its shortcomings in an amusing fashion. Again, another blog I’ll be keeping an eye out for from here on out.

3 Responses to Some Stuff Recommended To Us