Sunday afternoon found Wasamin and her fans at another mall performance in Saitama along the Seibu Ikebukuro Line. And again, it was a mall she just recently performed at.Iruma is a sleepy little town around 12 minutes past Tokorozawa. The city is probably most famous for the nearby Japan Self-Defense Force Airbase, and you can see various military aircraft taking off and landing on the outskirts. Aside from that, there isn’t much going on. I did notice that there seemed to be an excessive amount of hair salons in the neighborhood, although I am puzzled as to why. Oh, and Iruma-shi Station has a McDonalds inside the ticket gate, which I also found quite unique. Anyway… 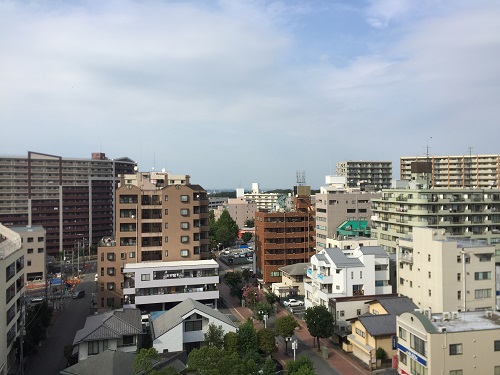 The Iruma skyline, shot from the roof of the mall

I left slightly earlier than on Saturday, taking the bus to Ikebukuro instead of the train. I wanted to get to Iruma slightly earlier than usual since the mall is a bit of a walk from the station. Although this time I accidentally found a shortcut that made the journey significantly faster. I also found quite a few more eateries that I didn’t notice when I came here in the Spring. I arrived at the mall and went straight up to the roof where the event was being held. That’s a unique feature about this mall, they have a performance hall on the top of the building. It looks like it is also used for various other banquets and events. It’s a very nice place to hold a performance. However, it virtually eliminates the possibility of foot traffic since there is no other reason to go on the roof. Not that it matters though, this mall is not very lively. That said, there were quite a few locals there to see the show. I’m guessing the performances are probably a big deal to the local community, and according to their schedule they get top artists there quite frequently. 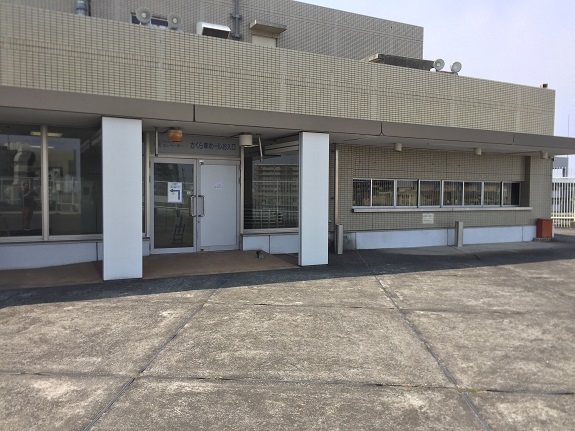 I scouted the room for a seat, and found an open spot in the 4th row on the far right. This time I remembered my Happi, so after purchasing a few CDs for handshake tickets, I donned my coat and got ready for the show. Wasamin took the stage again wearing the black yukata that she seems to enjoy wearing in the summer. Here’s the early setlist…

Wasamin noted the big difference between playing in a private hall like this versus the traditional mall setup, where she is usually near shops, or by the food court. She really liked this venue, and noted that the fans can yell and cheer without interfering with the nearby businesses. She also spoke a little bit more about the upcoming album release, and that we would be seeing a different side of Iwasa Misaki. If you have seen the tracklist, you will get an idea as she is recording two “anime-related” songs for it. But the way she has been talking about the jacket shooting makes me think it will be something VERY different from her past covers. Oh, and there was a guy there, I am pretty sure he also was in attendance the last time she performed at this venue, but when Wasamin does her little shtick at the end about it being the final song, and the fans acting all disappointed until she “informs” us that there’s a second show. He kept trying to interrupt her, like he’s not in on the joke. I think I remember him doing the same thing last time as well. She initially ignored him, but then turned and acknowledged him when she “revealed” the second show. I took my time lining up to see her since I knew I would have a lot of down time between performances….

One of the hand motions from ‘Sangenjaya.’ Wasamin mentioned that she is impressed that I seem to know all the hand motions for every song she performs. Heck, I should considering how often I see her, right? She also asked about my shirt, which was a Devilcraft Brewery 6th Anniversary T-Shirt. I think she was interested in the silhouette of the dancing guy. After that I gathered my things and headed out for lunch, but not before reserving a seat third row center for the second show.

After searching around the neighborhood, I found a Cafe Gusto a few blocks away. Gusto is one of the big Japanese family restaurant chains (along with Saizeriya, Jonathan’s, and Denny’s) I was thirsty more than I was hungry, and I knew that they had an unlimited drink bar. After lunch I ended up sitting in a park for a while, which may not have been the best idea since it was hot and humid, so I got a little sweaty. But at least I was in the shade. I eventually made it back to the mall, and to my saved seat…

Wasamin asked what we all had for lunch during the break. Someone blurted out karaage. She admitted that she was a little bit under the weather, but had a croquette for lunch. (She also had bubble tea, according to her blog) In introducing Niji wo Watatte, Wasamin noted the fan calls. She has also started mentioning it before the other songs we do Wasamin calls for too. She’s always gotten a big kick out of us doing that, as well as the “Sou desu ne!” routine. Any time Wasamin mentions something and ends the sentence with “ne?” the fans all yell back “Sou desu ne!” It’s funny because there was one fan who started it, and it has now caught on with everybody, LOL. She also did a small promotion of her show next week in Odaiba. I have never seen her onsen performances, which she is now doing semi-regularly. However, I think I might give this one a try. I only had one ticket for the late show, so instead of taking a 2-shot, I went with a straight handshake…

I removed my Happi so Wasamin could see the entire shirt, including the logo on the sleeve. But first I mentioned that I had a Caesar Salad at Cafe Gusto for lunch. She asked how it was. I said it was surprisingly good. I then showed her my shirt, reminding her that there’s a Devlicraft not far from the Tokuma corporate office. Ultimately she stated that she thought the shirt was cool. And with that I told her I would see her in Odaiba next week.

I checked the train schedule, and the next express train back to Tokyo was leaving in less than 20 minutes, and there was a 30-minute wait for the one after. So I hoofed it back to the station in plenty of time to make the train, and had dinner in Ikebukuro before taking the bus home. 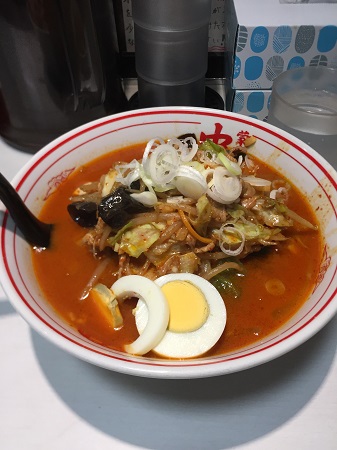 Ya know, originally I planned to make this a full weekend of both Wasamin and DESURABBITS, but after “DR” posted that they were doing performances in Tokyo throughout the coming week, I decided to take it easy and make it an exclusive Wasa-weekend. But DESURABBITS will definitely be on my shortlist of things to do in the coming week. Oh, and Wasamin is doing another YouTube show on Monday, so we have that to look forward to as well.