I better catch up on these Wasa-posts with her coming out to my neck of the woods over the next couple weeks. This live event was the 2nd half of a Minyo Girls/Wasamin mini-live doubleheader. The rest of the Nagara Group stable had spent the better part of the week supporting the radio station housed in this building. I have been to countless events here, both outside the building and in the small concert hall upstairs.

I headed out early to see Minyo Girls’ 11:30 show (which I will talk about in a separate entry) After grabbing lunch down the street at Devilcraft, I headed back to the venue. Personally, I wasn’t concerned or interested about staking out a front row spot, which I easily could have done. Even arriving at the last minute can get you a standing spot less than 15 feet from the stage, so no worries. It was a bit chilly and windy, but I took off my jacket and donned my Happi just the same. Wasamin had come out in plain clothes to do a sound check a little while before the event, and I almost missed it. But I heard the music starting as I was walking down the street and doubled back in time. A short time later she came back out, this time in Kimono. By the way, this was not the normal mini-live. She performed an extended setlist…

It was a nice combination of songs, promoting her singles, her new album, and throwing in a couple of audience-participation songs for good measure. Overall though it wasn’t too high-energy of a set, so it didn’t draw a lot of passers-by over to the stage, which is something I always like to see. 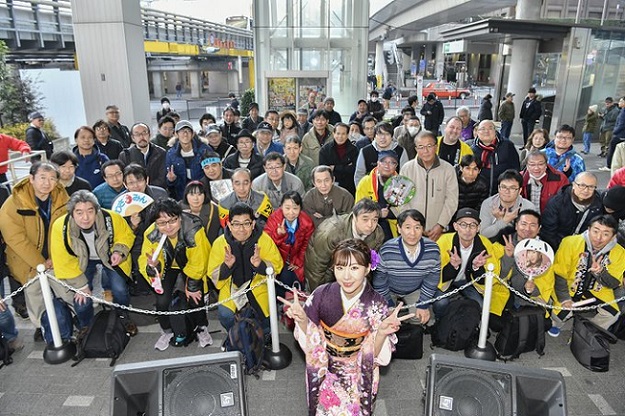 I should be easy to find, standing about 4-back from the stage

By the way, for buppan I finally picked up a Limited Edition copy of Wasamin’s latest album, which has the ‘making of’ DVD included. I figured that would get me two tickets and a 2-shot with Wasamin. Unfortunately the table staff (from Yoro-do in Asakusa) were only giving one ticket for album purchases. What the heck? So I had to go back to the table to buy another copy of her 8th single, just for the 2nd ticket. Well, at least I have both versions of the album now. (Oh, and the jacket-shooting vignette is quite cute)

Since it was cold they moved the buppan upstairs and inside the building. I wasn’t in a big hurry, so I took my time before heading upstairs and queueing up. By this time I had taken off my Happi and was in my regular clothes. Wasamin’s manager, Shinohara-san was taking the 2-shots. But to our surprise Ichikawa-san, Wasamin’s previous manager was assisting. Ichikawa-san was promoted to a supervisory position within Nagara Group. And as much as we miss seeing her at events it’s nice to know she is still involved in Wasamin’s career. Anyway, it was eventually my turn… 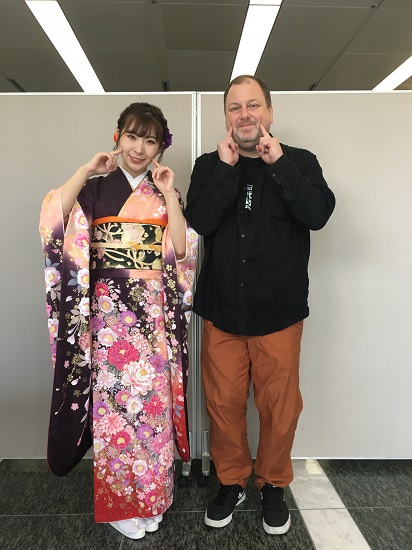 Since she sang songs from her new album, I decided to tell her that my friend from England ordered the album online, and enjoyed it very much. First she thanked me, and then corrected herself, saying to be sure and tell my friend “Thank you” from her. I messaged him later and relayed the message. And with that I gathered my things and headed out, first for a pre-dinner snack, and then home.

I guess I better mention that Wasamin turned 25 this past Thursday. I wasn’t able to attend her birthday event in Tokyo, but I did tweet her a birthday greeting. As I mentioned, she is coming to Saitama over the next two weeks, first in Okegawa on the 9th, then Koshigaya on the 14th, and finally Ageo on the 16th. Benibana Walk in Okegawa is a 15-minute walk from my apartment, and Ageo Shosen Plaza is a 4-minute train ride, so I will be at both of those events. The Koshigaya event is on Friday during the day, so sadly I will have to miss it, but I am looking forward to hosting Wasamin here in Central Saitama.