It has been AGES since I have been able to do an event writeup. In fact, the last time I saw Wasamin in person was in mid-February, when she did a mini-live just down the road from me in Ageo. I ended up skipping her event in Kasukabe the following weekend, not knowing at the time that it would be her last event before everything shut down due to the pandemic. Wasamin did do a live performance a couple weeks ago in Tokyo, but it was a weekday matinee event, had very limited seating, and as far as I’m aware there was no post-show fan meeting. I couldn’t make it anyway because of work…

Batur is a meeting space event hall inside the Kannai Pasela Resorts. Her last Halloween event in 2018 was also held here, so I knew where the venue was. They split day into three separate events, which allowed for much better spacing between seats. I mean the room could probably fit at least 150 people, so social distancing wasn’t an issue. My ticket was for the matinee event, so I headed out in the late morning. It takes me about 85 minutes to get from central Saitama prefecture to downtown Yokohama, but I got there with time to spare. There was a Yokohama Bay Stars game also taking place down the street, so there were lots of fans on the train. 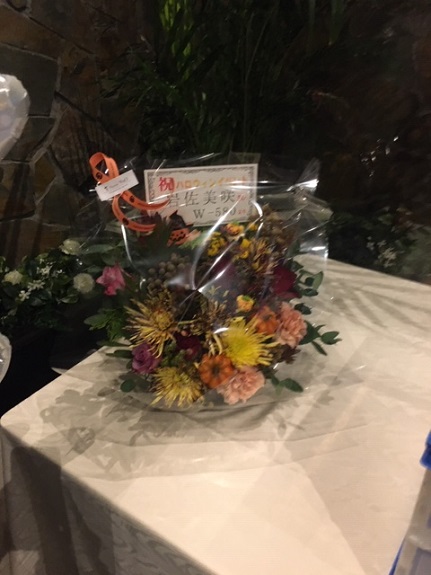 We were sent a Covid-19 questionnaire to be filled out when we arrive. They also took our temperature before allowing us inside. Masks were required, which I was wearing at the time. The problem was that my costume could not accommodate a mask. It covered my ears, so I couldn’t wear it on the outside, and if I wore it inside the costume I literally couldn’t breathe. Luckily I had a couple of face shields at home, which was more than sufficient. I spent the waiting time getting my costume ready and trying to apply the stickers, which kept falling off. This proved to be an issue throughout the day. Finally it was time for Wasamin to appear… 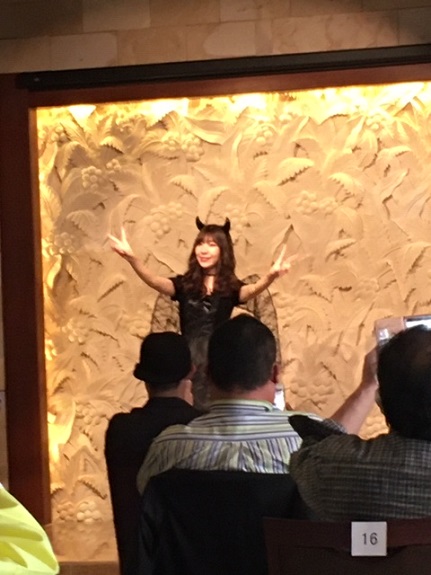 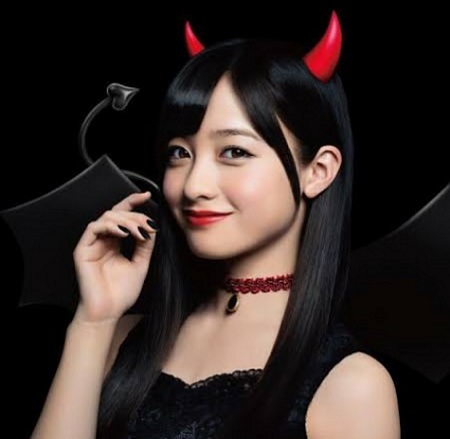 My first thought was that she looked like Hashimoto Kanna from that Nissin ad where she plays a devil/angel. All she needed was the ruby red lipstick. She hinted on Showroom that her costume would be black, but that’s all we knew beforehand. She started by pointing out costumes she liked. I was the second one she pointed to, but I didn’t understand what she asked me. Immediately she said, “Oh, is that Chris?” LOL. In any case, I’m glad she liked the costume since she kept asking me during the internet sign events what I was going to wear. After that was the photography portion of the show…

This was altered to accommodate for social distancing. Instead of us going up to the stage by row, Wasamin rotated to five spots around the seating area, that was most everyone would have an opportunity to get good pics. I was toward the back, but on the end, so when she positioned in the rear right of the hall I had a great view. By the way, when she came over she immediately started pointing at my costume and laughing. So mission accomplished…I guess. 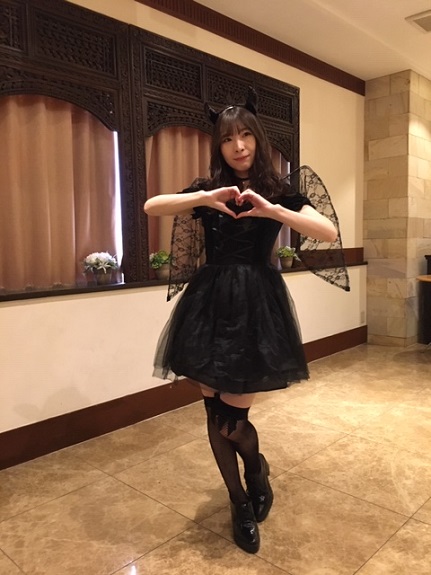 After that was the quiz, which was even more confusing than usual. It was supposedly a “katakana quiz,” which I thought I could handle. But the questions and answers were totally confusing to me. At one point I gave up when I thought they were still on question #2 and it was question #5. However, that had a contest at the end where they flashed the manager’s cell number, and the first to dial it won a prize. I was pretty fast, and thought I had it, but unfortunately I got a busy signal.

Finally it was time for her to sing. This would be the first time most of us have seen her perform Migite to Hidarite no Blues live, so I know everyone was excited. In fact, most of the setlist was in support of the new single, especially the re-release. 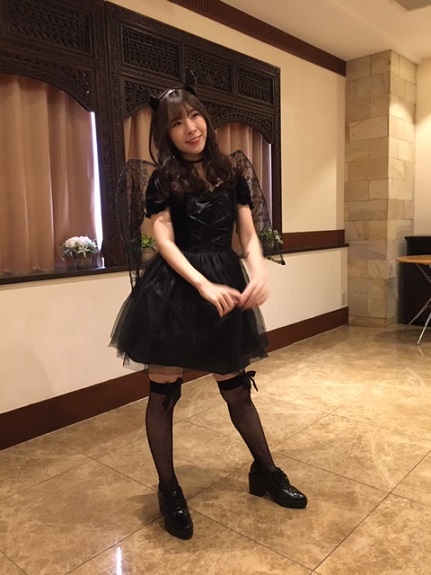 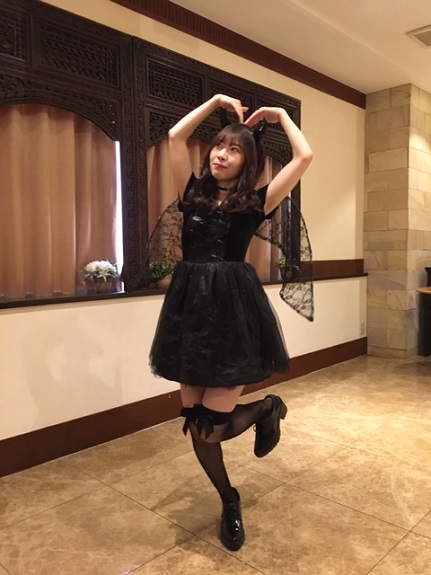 Like I said, it was great to hear Wasamin perform the songs from her latest release. The funniest part was when she forgot the lyrics to ETERNAL BLAZE. She actually stopped the song, and then read the lyrics again before starting over from the beginning. It was also my first time watching her hand-motions for the title track. She uses both her left and right hand, switching the mic from hand to hand. So it’s a little harder to follow. Hopefully I will get more opportunities to perfect it.

To end the event, she announced that we would be getting 2-shots, which I was wondering about. They had a large stand with a light plastic sheet between the fan and Wasamin, which was actually not too bad in the final shot. She asked if I wanted to remove my space alien mask, but I said no. I actually wanted to take the pic with the mask on. BTW, we talked about what I was doing. She didn’t know where Kitamoto City was, which is where I now work. but I explained it is between Okegawa and Konosu, two towns she has performed in multiple times. I was in the middle of explaining to her that I considered dressing as Trump for the event, but I got abruptly pushed out in the middle of the explanation. However, I turned as I was walking away and Wasamin was still talking to me. She said she hoped we meet again soon.

And that was it. We were instructed to leave right after our 2-shot. I couldn’t wait to get that mask off of me. I headed back to Tokyo for some pizza and beer at Devilcraft, which I hadn’t been to for almost a year. After that I headed back to Okegawa. I have no idea when the next opportunity will be to see Wasamin again, but hopefully it won’t be too long.