I have a guilty pleasure… 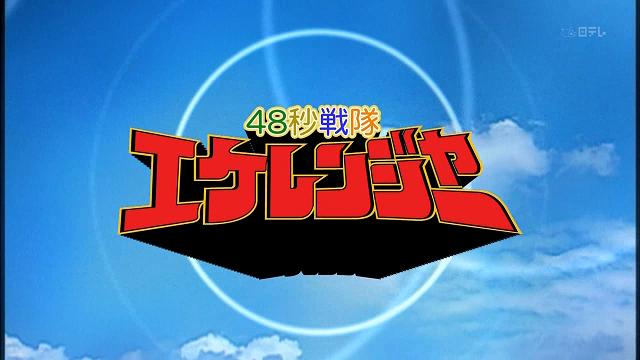 Yes, I am in love with the AK-Ranger segments of AKBingo! On the surface they seems like the most ill-prepared skits in the history of the show.  But that is a big reason why it is so hysterical!  Let’s check in on the latest episode…

Far below the streets of Akihabara are the pretty AK-Rangers doing what young girls do.  You know, kissing plushies, saying “kawaii” a lot…But what’s this???

Oh no!!!  The evil White Saturn (Kiyoto) is popping all of Kojiharu’s red balloons!  It seems he won’t be happy until the entire planet is turned snow white!  BTW, Kiyoto is so funny in these segments!  “Wah wah wah wah wah wah wah wah!” 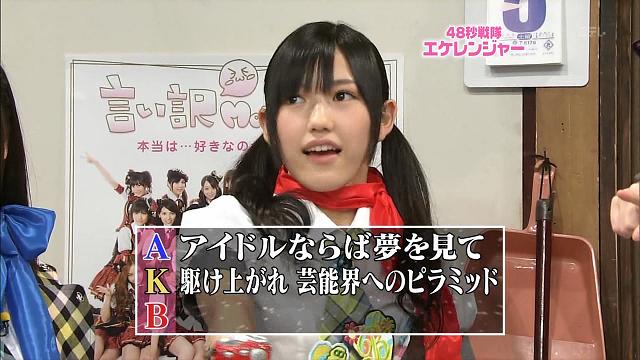 Now this is by far my favorite part.  The girls looking for the cue cards with their next line.  This is totally being done on purpose to “cheese” up the segment.  And Myao’s confused reaction when delivering her lines is just priceless! 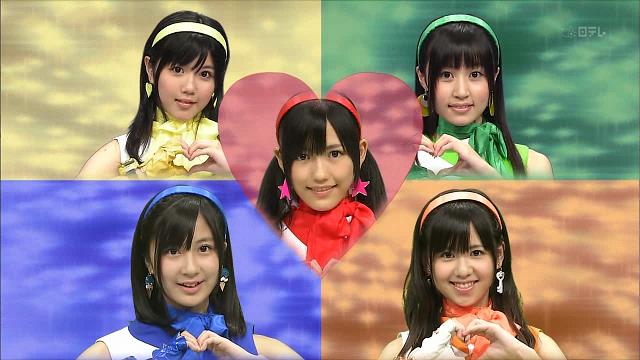 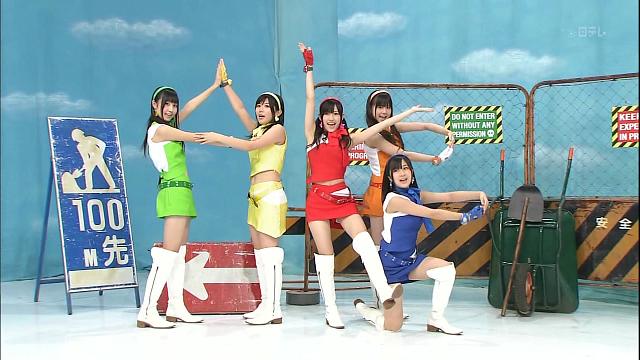 Great, our Super-lollies are here to save the day.  And what parlor trick will they have to pull off to save Kojiharu from the AKB-patented flour dump? 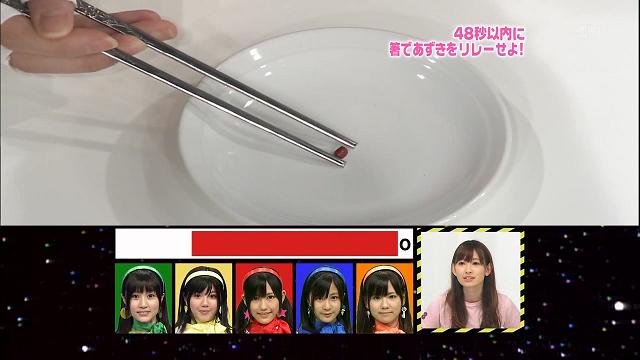 Ehhhhhhh!!!  (CK screams along with Haruna) it is the dreaded Coffee Bean-Metal Chopstick trick!  Actually, this has got to be easier than standing 100 yen coins on their sides… 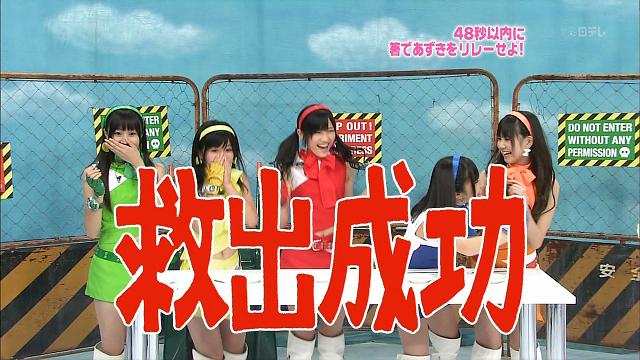 Thankfully the girls get it done, thanks to Komorin with some last minute heroics.  Evil White Saturn is foiled again!

Is the acting weak?  Yes!

Why?  Because the AK-Ranger-lollies are adorable!