Somebody has a new best friend… 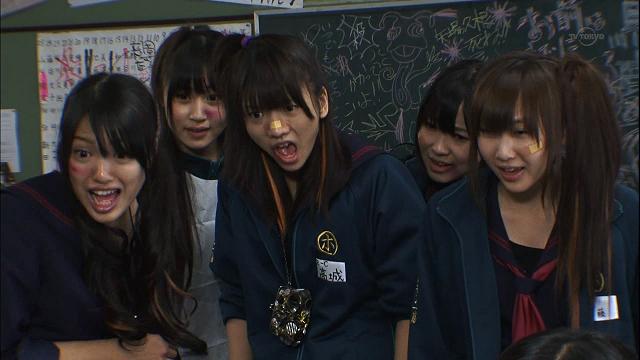 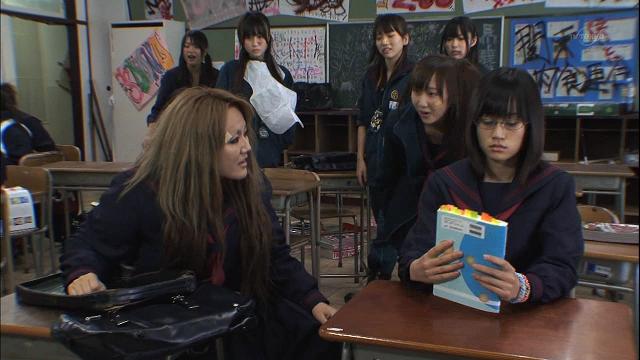 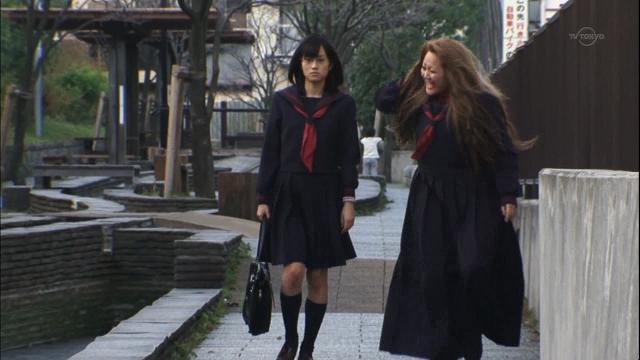 Yes, it seems Daruma (Nachu) has become quite fond of Maeda after seeing her whip Team Hormone in episode 1.  Oh yeah, look at Team Hormone with their faces all bandaged and bruised.  LOLOL!!!  Oh, and in true “Batman” fashion, who is our guest villain of episode #2?

The legend of Acchan is quickly spreading throughout the school, and the Kabuki Sisters (Kasai Tomomi and Kuramochi Asuka) are ready for their turn to have a go.  Good thing Atsuko has her new partner at her side.  On second thought, maybe that isn’t so great.  The problem is that Duruma’s devotion is going to cause Maeda more trouble than she really wants or needs.  It’s also going to cause Nachu to have even more grotesque wounds on her face! 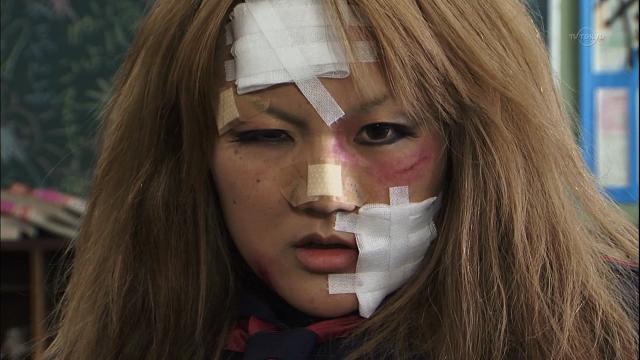 Oofaaa!  If Maeda won’t fight, they’ll just beat up her buddy!  Good thing Duruma is a bit of a masochist.  Who would have thought Tomo-mi could cause that much damage?  Now for our first little “twist” in the storyline… 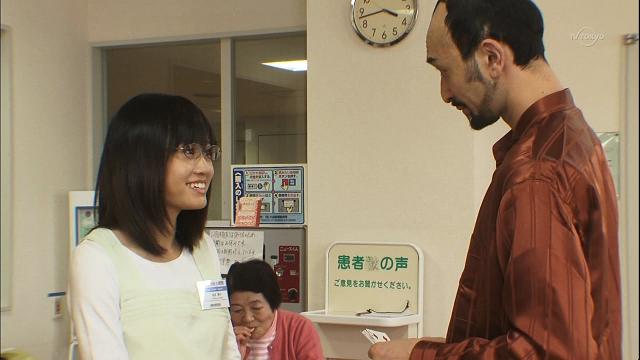 Remember that Nursing textbook Maeda is always carrying?  Maeda is actually working in a hospital.  And by strange coincidence, it also happens to be the hospital Yuko-senpai, the leader of Rappappa is currently staying in. 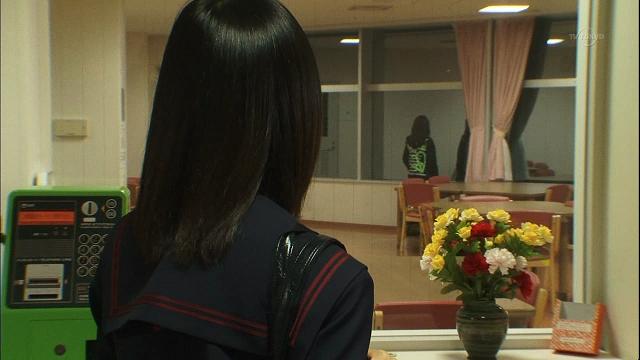 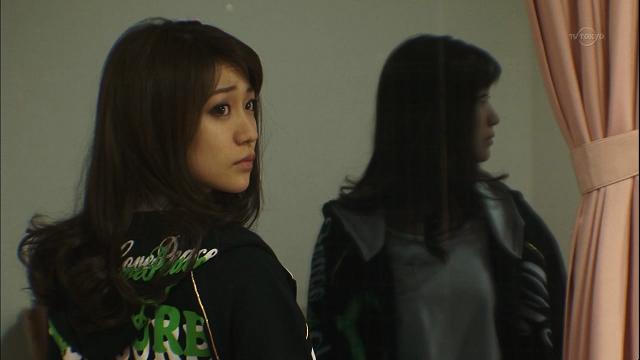 So now we have a connection between two of the main characters.  I’m not sure they have explained why Yuko is in the hospital.  In fact, every time we have seen her she is playing cards with a bunch of shady guys.  What this does is set up Yuko as someone we are going to sympathize with before the drama is said and done.  But for now back to the action…

Not to be denied, The Kabuki Sisters bait Atsuko by beating up her new “partner” just outside the hospital.  Once again, I am impressed by the super-kawaii Tomo-mi playing a heavy, and she does it with a sort of understated believability.  Here’s the showdown we were waiting for… 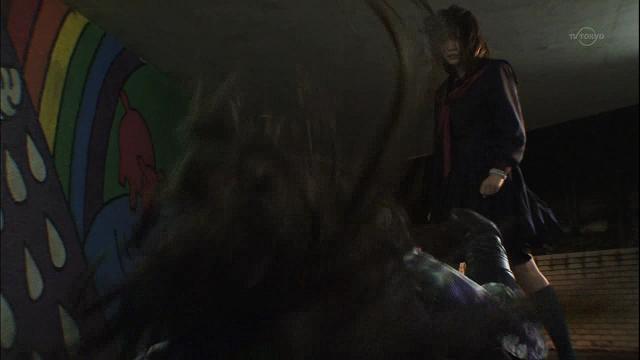 Alright!  For the first time we actually see a fight that isn’t all shadows and quick camera shots.  Kasai gave it the ole’ college try, but Atsuko ultimately takes her out in the end.  M-A-J-I!!! 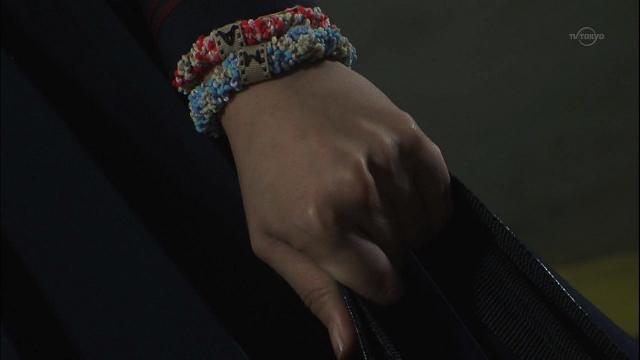 And there are those bracelets again!  All of this foreshadowing going on!  Yeah, the second episode was a lot like the first.  But AkiP and the staff are setting up these little mysteries to keep us interested while the plot develops.  What are these bracelets?  Why is Yuko in the hospital?  What is the mystery of Maeda’s past?  And why is Sae dressed as some sort of ninja-greaser in the 3rd episode? 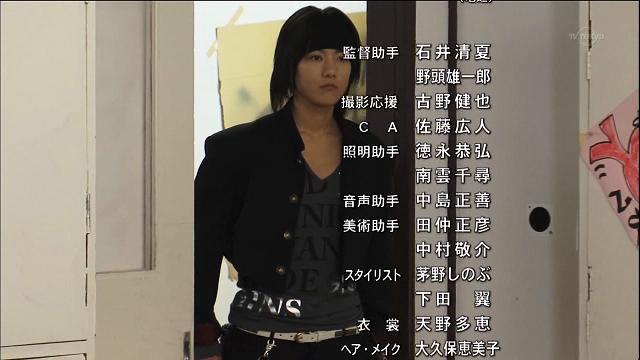 She looks like she is auditioning for the Tokyo version of Jersey Shore.  Oh well, I guess we will have to watch next week to find out why!

4 thoughts on “With a Little Help From My Friends (Majisuka Gakuen Ep. 2)”