Actually I should really say arigatou to my buddy Panda, who is another overseas fan who enjoys making trips to Japan for AKB.  The funny thing is as much as he and I go, we have never crossed paths, usually missing each other by just a couple of days.  Panda usually plans his trips around major handshake/photo op/autograph events.  This week he is in town for the Ponytail to Shushu promotions.  And look what he managed to get for me… 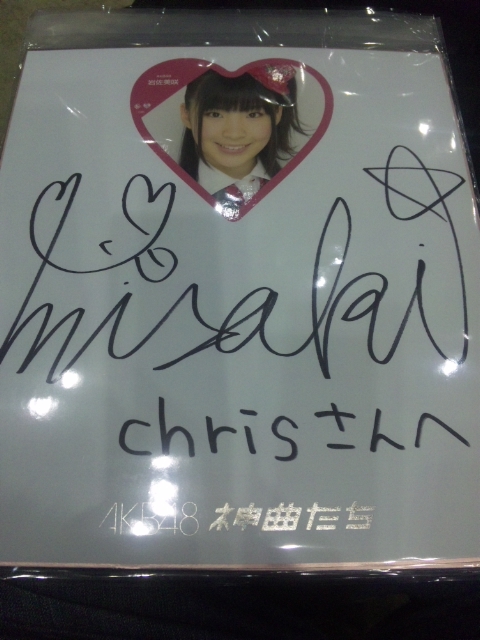 Wasamin autograph!!!!!!  Panda showed her the 2-shot we took together so she would know who she was signing for.  He also told he that I am hoping she is selected to attend Anime Expo in Los Angeles this Summer.  According to Panda, after she signed it she said “I love you” to him.  Awwwwwwww.

But who does she love?  Panda or me?  (hehe)  Is a rivalry brewing?

Thanks again Panda, and thank you again to Wasamin!