Ahhh, Komori Mika.  Another one of my favorite members of AKB48.  If you check my AKB ranker tabbed at the top of the page, you will see that I rank Mikapon as my #2 AKB girl behind Iwasa Misaki.  Though I have to be honest, I am not a fan of the nickname “Mikapon”.  I just love calling her Komorinnnn!!!

And what is it that endears me to her so much?  That’s just the thing.  I can’t figure this girl out for the life of me!  She almost always has that vacant smile on her face.  What is she thinking?  Is she even thinking at all?  I really can’t tell.

There is something about this girl.  Komorin is just different.  I have never experienced an idol quite like her.  She is not the most outgoing by a longshot, which makes it perfect that she is in such a big ensemble like AKB.  I don’t know that she could survive as an idol in the spotlight.  I have never met her, but last year I was at a Team Kenkyuusei show in the theater and tried to get her attention.  I yelled her name over and over but could never get her to look my way.  Frustrated, I finally gave up and began rooting for Harukyan, who immediately waved to me.  But I guess it is just Komori being Komori.  And the good news is that her quirkiness is now getting noticed on AKB’s various television shows… 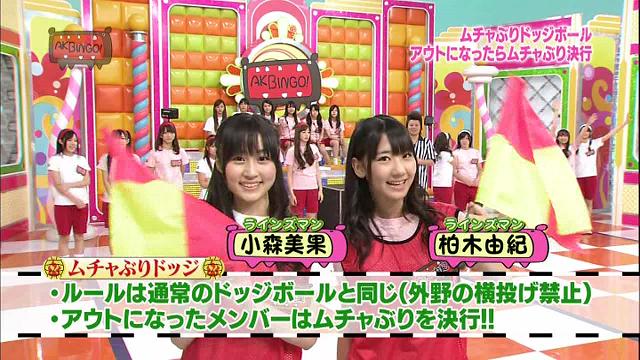 Like Watanabe Mayu, there are some that think Komorinn may be a cyborg, albeit one with a malfunctioning CPU.  I previously wrote about her “non-reaction” to the shocking pen in an episode of Shukan AKB. More recently she had the chance to participate in a “spicy food” challenge.  After multiple members writhed in pain after eating the hambaaga, then came Komorin’s turn… 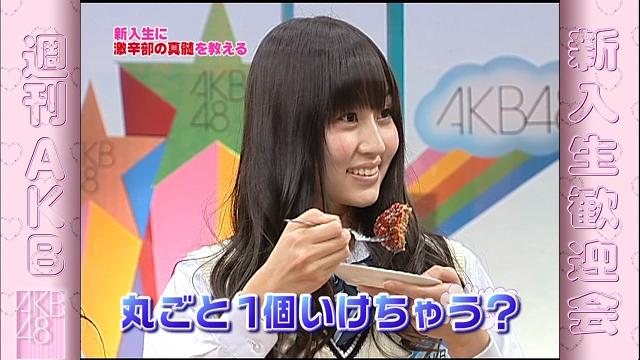 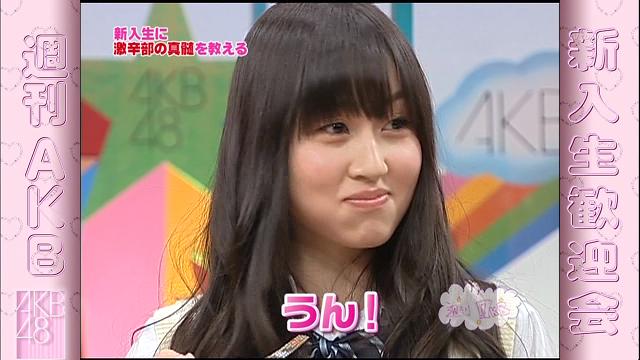 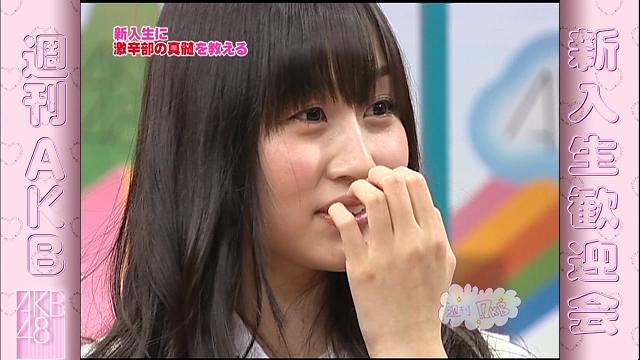 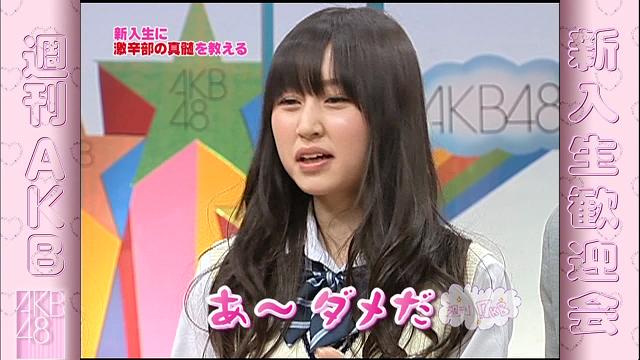 I’m not sure what it is about Komorin that makes her so slow to react.  She did it again this week on AKBingo! where she participated as a line judge.  For most of the show that meant staring out into space.  But her apparent obliviousness was exposed when a controversial play went down right in front of her.  And what was the call??? 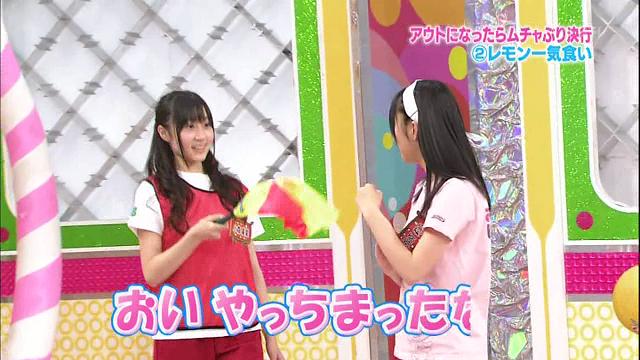 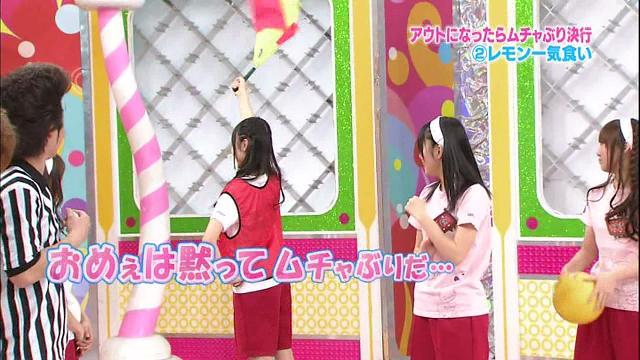 Komori in her own world!

It’s tough to tell in the pics, but Mika’s call was totally random and wacky.  As I have queried before.  Is she dopey, or an eccentric genius?  I wish I had the video of her on Nemousu TV where they gave her a camera to use for the day, and she came back with pictures of random walls and doors.  WTF???   The funny thing is, most of her groupmates seem to be astonished by her antics.  Just watch the reactions around her when she gets the spotlight.  Komorin’s moments often result in the entire room cracking up!  But before you write her off as a total boob, it should be noted that Komori has also given us a few flashes of brilliance recently as well.  Beginning with her Senbatsu campaign video… 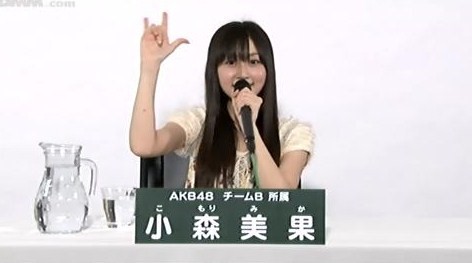 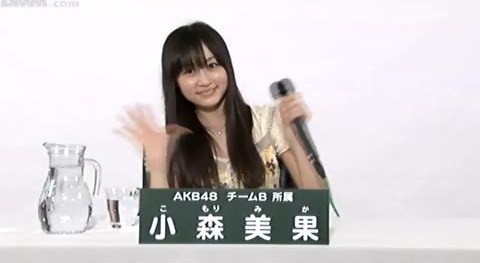 If nothing else, she showed us what a great singer she is. Her A Capella version of Namida Surprise was top notch, and totally adorable.  But it wouldn’t be a Komorinnn vid without a little silliness… 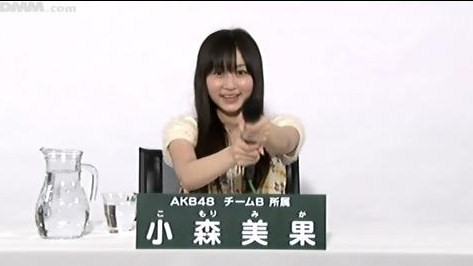 Komori gets her imaginary friends to participate, hehehe!

Finally there’s her debut as a full-fledged member in Team B’s 5th Stage.  To everybody’s surprise she was picked for the “sexy” unit song.  Even more surprising to some, she is awesome in it!  I think it’s her legs that do it.  The girl has some “great gams!” 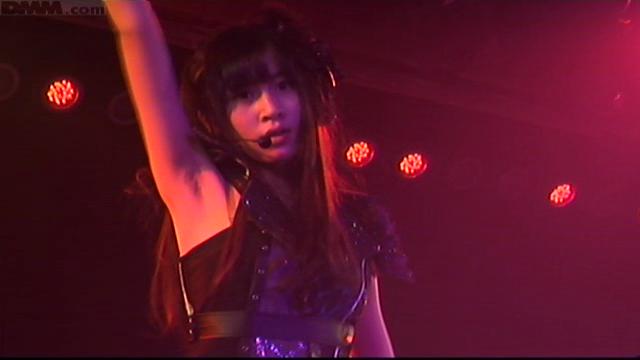 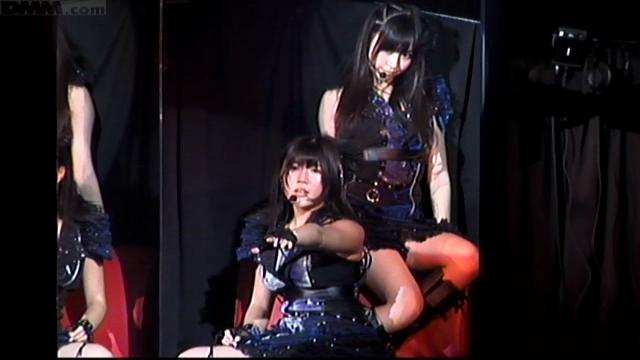 She may not have the personality some come to expect in an idol.  However for many, that’s what makes her great!  Not that we’ve come any closer to figuring her out.  I can only imagine what things look like in “Komorinn World”  Be that as it may, whatever that world might be like… 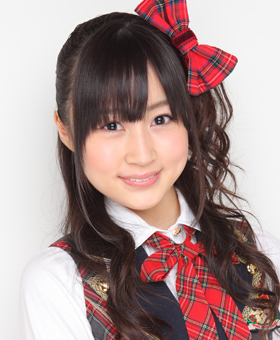 I’m sure she has the same look on her face.

5 thoughts on “The Krazy World of Komorinn”