In these “glory” days of AKB48, “pushing” by the management is really the only way a member’s popularity is going to grow.  A recent survey revealed that a great majority of AKB48 fans have never been to the theater or seen the group live.  What does that tell us?  Quite simply, their only exposure to the girls is through the PVs and various television shows.  So how do you get noticed?  I guess you could be involved in a scandal, although that might have a “reverse effect”.  The best way is to get featured on shows like Shukan AKB, Nemousu TV and AKBingo!

Bingo?  Is it on now??? (sorry, inside joke.  don’t mind me)  So why am I so happy this week?  Because the end of this week’s episode of AKBingo! just happened to feature Wasamin!!!!! 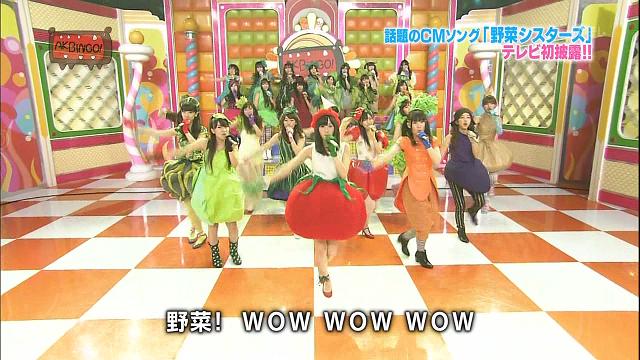 While Jurina was holding fort down in Nagoya, Misaki-chan sneaked into the studio and donned the infamous “carrot costume”.  Better still, Jurina’s position is usually right next to Acchan.  Wasamin not only got to make an appearance, she was a front-girl!!! 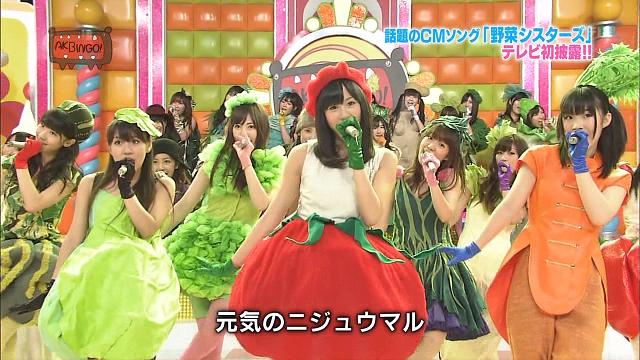 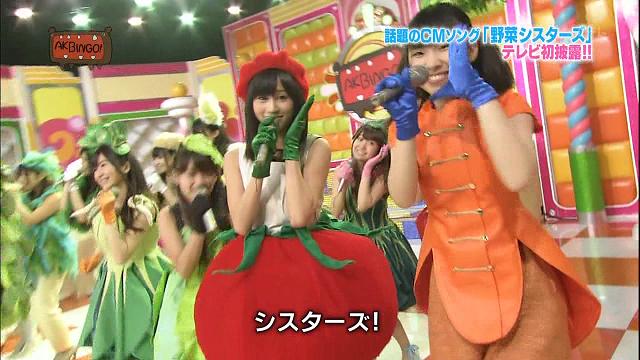 Baby steps, I guess.  It’s going to take a lot more appearances to push Wasamin properly, but this is a start.  By the way, she was adorable as usual.  The fact that she failed to make Senbatsu or Undergirls this year was quite disappointing.  But it wasn’t surprising.  A great many of AKB’s fans still don’t know who Wasamin is. 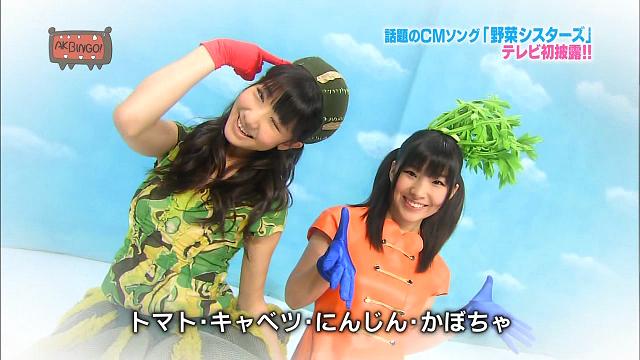 She is too talented to waste away in the background.  Although I am beginning to think AKS might be holding her back on purpose.  After all, she IS still one of the youngest members, and she has yet to debut as a full-fledged Team A member.  But again, management saw her as strong enough to be put in the carrot suit, and that’s really saying something, isn’t it? 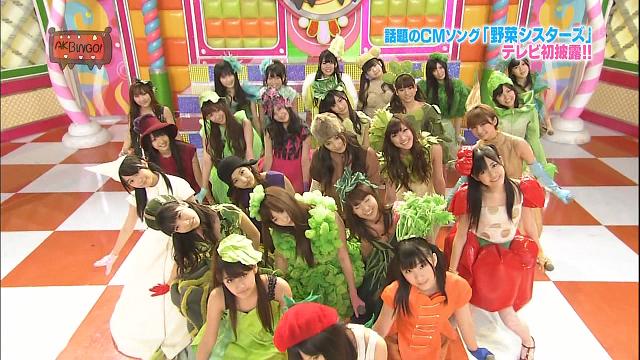 So congratulations to Wasamin, I am looking forward to your next appearance!