Okay, I haven’t written on this blog in a bit.  But I had an excuse.  I WAS BUSY!!!!  Busy at Anime Expo that is.  And since I already covered the event extensively over at International Wota, i figured I would just post it here for those of you who don’t frequent that site…

I start off writing about my one big lucky moment from the entire weekend.  The AKB48 “Meet and Greet”  To me this was the #1 priority of the weekend, getting to spend an hour with 8 girls from AKB.  Actually I only got a chance to talk with six of them because of time.  But it was a great event nonetheless.  Not to mention the beginning of my “courting” of Moeno that weekend! (hehehe) 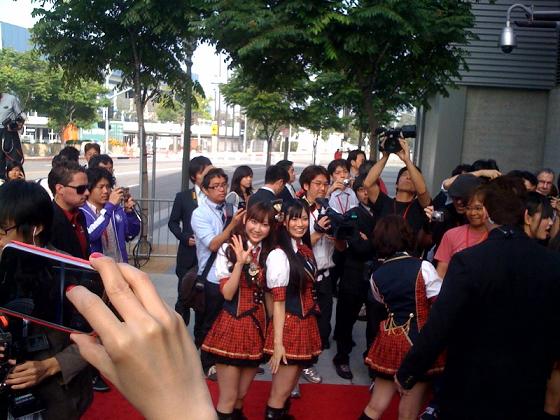 For whatever reason, I decided not to cover the event in chronological order.  Instead focusing here on the Opening Ceremony and autograph events.  By the way, the opening ceremony was really the best chance to get photos of the girls, and I snapped about a dozen or so.  As for the autograph event?  I wasn’t so lucky, and that was partly because AX security did a horrible job of managing the line, allowing at least 40 people to cut in front.  Not cool! 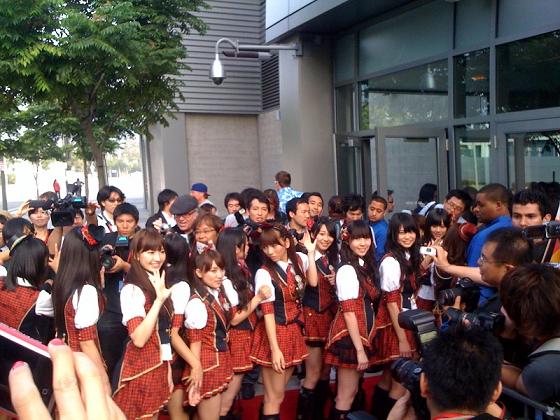 Finishing up with the uneventful Q&A Panel…Hmmm, maybe it wasn’t so uneventful.  But I’m not into slinging dirt.  Better to focus on the awesome concert performance at LA’s swanky Nokia Theater!  The girls did not disappoint.  It was an amazing show!

Anyway, there ya go!  It was a memorable event!  I guess you could say it tided me over until I head back to Japan later this year.  Then again…I am already going through withdrawals.  My biggest WIN of the trip was creating “relationship” with Team K’s Nito Moeno.  She was my favorite member in attendance, and I took every opportunity to show her that, much the same way I did with Wasamin in New York…

and we all know how that turned out! 🙂

1 thought on “Did You Actually Think I Would Miss AKB at Anime Expo?”