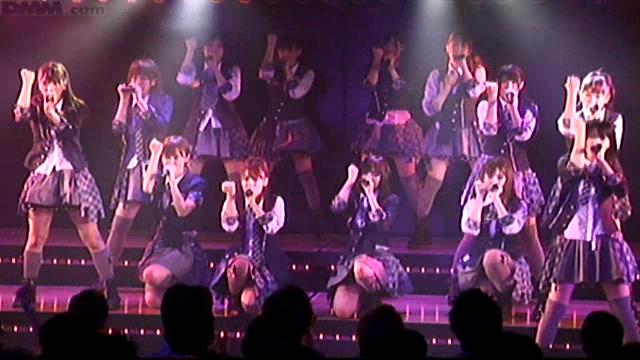 Finally getting to talk about A6.  I have been procrastinating this post for a week now.  Not that I don’t like the Stage, I really do!  I daresay that it is my favorite of the three new Stages.  Well, K6 has some of my favorite songs overall.  But to me A6 is solid most of the way.  Onto the show! 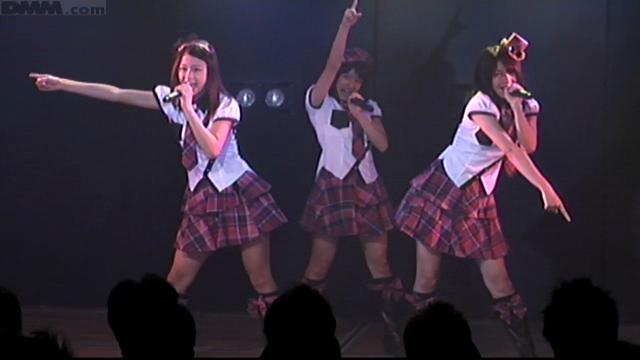 I really like the “Zenza Girls” concept.  And I like the idea that the kenkyuusei rotate, giving us a good chance to see all of the AKB48 hopefuls.  Of the three “ZG” songs, “Miniskirt no Yosei” is my absolute favorite.  It is the cutest, and to me the most catchy.  It has sort of a “Tsunku” feel to it as well, and I mean that in a good way.  Cue overture… 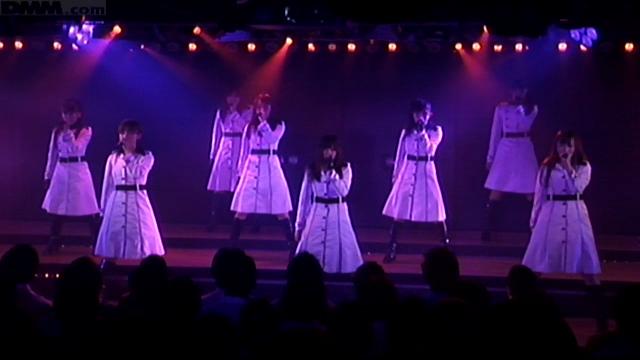 I have always felt the opening set is a big factor in “making or breaking” the entire set.  If there is nothing to get you excited in the beginning, it sets the wrong mood.  Personally, I felt A5, K5 and B4 all started with subpar songs.  But this round K6’s RESET and B5’s Yuuki no Hammer are strong songs.  Unfortunately I don’t think Mogugekisha measures up to those.  I especially don’t like the opening video.  What the hell is that?  It looks like the queue at Old Trafford before a Manchester United-Liverpool match!  Not to mention, I’m not big into girls in trenchcoats. 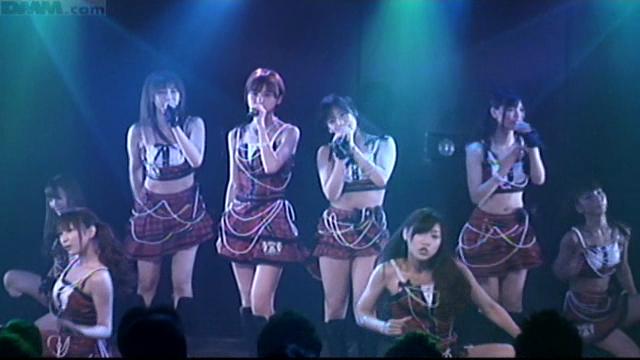 To me the biggest winner is the 4th song Akogare no Popstar which brings tremendous excitement into the opening MCs.  I especially love the progressions in the verse.  Such a pretty song too.  Ibitsu na Shinju is also very strong, and very sexy.  BTW, I much prefer Oya Shizuka when she wears her hair down like she did on this night.  She looks so much cuter that way! 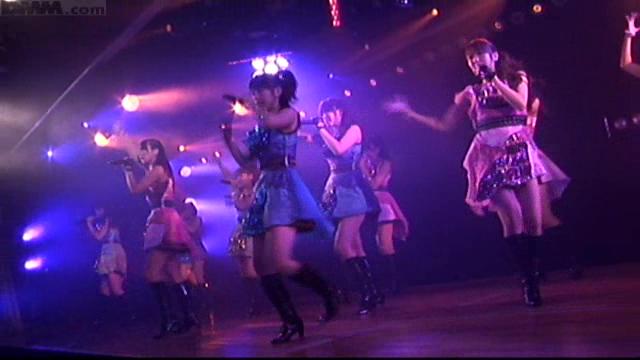 I don’t think it was the best opening set I have heard, but it was redeemed by the last two songs.  It’s not that I hated the first two either, Zenjin Mitou isn’t bad.  I just didn’t find them to be all that memorable. 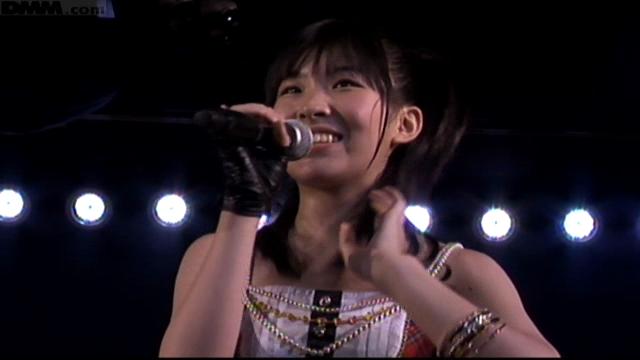 A quick break, and a quick look at lovely Wasamin and her first introduction as a member of Team A.  Wasamin ganbatte! 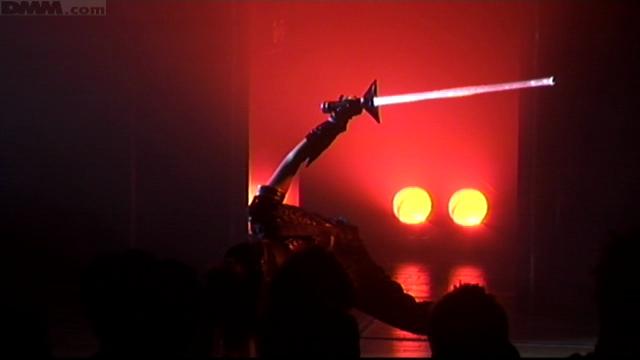 I’m sure you’ll agree the unit songs are the most fun part of the stage.  it is always exciting to see who gets paired up, and what kind of song they get.  I don’t necessarily buy into the “smaller is better” theory when it comes to units.  Some of my favorite unit songs have been the 5-6nin, and there are some 2-3nin unit I have never cared for…

I bring this up because the song I like the most out of all the units is Saboten to Gold Rush.  By a mile!  A lot of people dislike this song because it has so many members in it.  It’s too bad.  This song has such a great 70’s rock feel to it, just like listening to The Raspberries or The Knack (for obvious reasons).  I just love that style of music.  BTW, isn’t this perfect for Mariko considering her past wardrobe choices of Rolling Stones and Grateful Dead shirts?  (hehe) 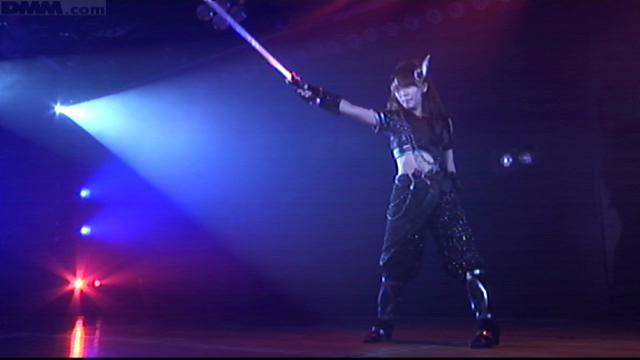 The other superior unit is definitely Takamina’s solo Itoshisa no Akuseru.  Sure, it’s filled with over the top emo moments, which are Minami’s speecialty.  But it is a great intense song, without being over-emotional in theme.  Not quite as powerful as Sayaka’s solo, but intense in a different way. 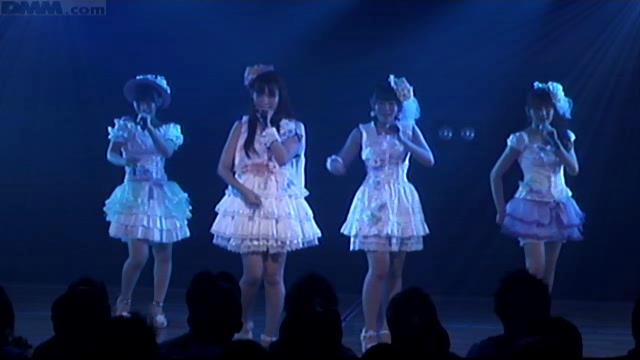 To many people’s surprise one of my least favorite units happens to contain my Oshimen.  I loved watching Wasamin perform in her very first unit.  She looked so cute in that hat.  But I just find Hoshi no Mokougawa to be boring.  Also surprising, I found the Sasshi/Akicha duet to be forgettable too.  Hard to believe with those two on stage. 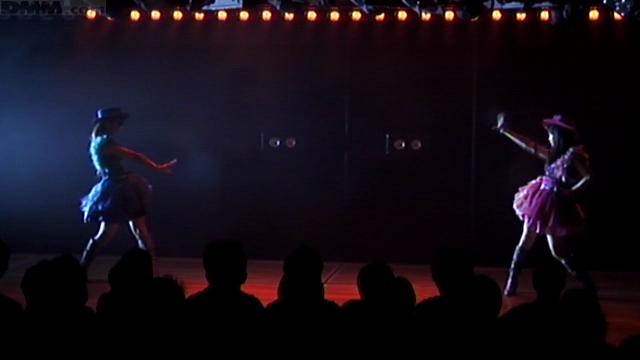 The wildcard song is the first one, Ude wo Kunde with Acchan, Mochi and Nakayan.  This song grows on me the more I listen to it.  The spanish guitars in the background are so pretty.  As far as Nakayan’s piano is concerned, I’m not sure what to say.  i love the idea of her playing the keyboards, but it definitely got in the way of her performance.  However when I watched the 2nd performance I felt the lack of piano made the song slightly less special.  So it’s a tough call.  To keyboard or not to keyboard? 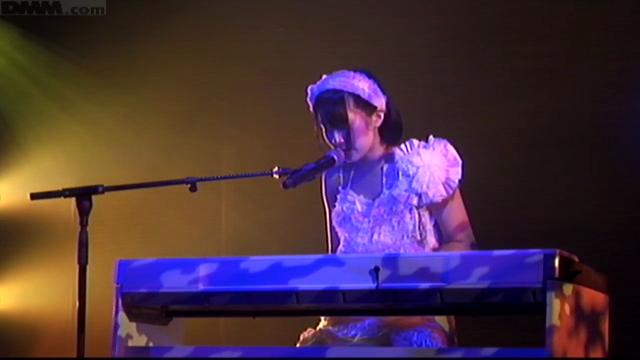 So far a decent show.  Nothing spectacular, but not bad at all.However, here is where things are about to get hot! 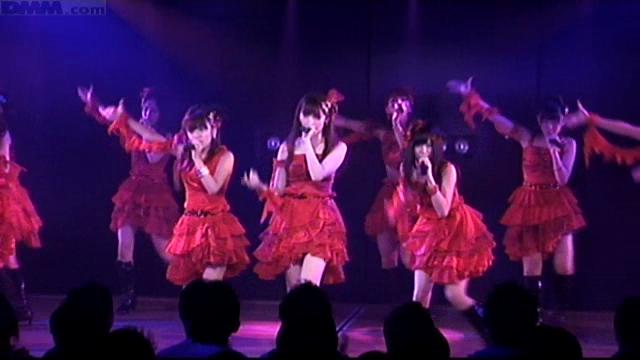 First off, I love when the girls wear costumes like that.  Very sexy, without being overly accessorized.  I just love a girl in a red dress.  It fits the next set of songs so well.  Utsukushiki Mono and Ai wo Kure both have that sexy latin/r&b style.  It fits AKB48 quite well.  As for “Utsukushiki”, they need to work on mixing the spoken word parts better over the chorus.  the girls’ mics were too low, so you couldn’t hear them half the time. 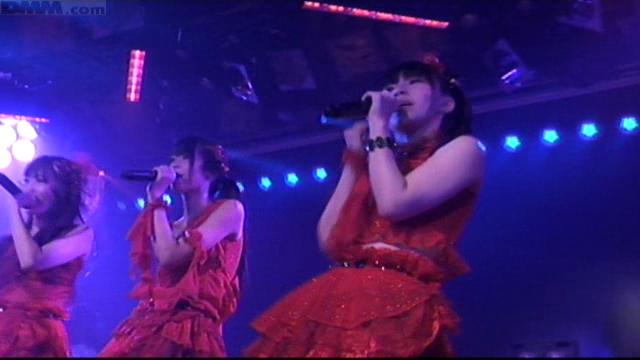 Matenrou no Kyori brings us back to traditional J-pop, with a great guitar driven melody.  I swear at some angles Akicha looks like MaiMai! 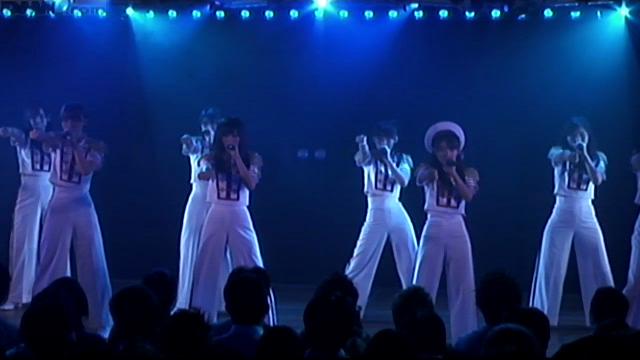 AkiP usually likes to write a bittersweet/melancholy song for the main set end.  This song fits that them quite well.  But what is up with those slacks?  I’m not a big fan of idols in slacks, especially those of the “bellbottom” type.  They are just a weird style.  At the end of the day, Inochi no Imi isn’t bad, but it doesn’t blow my doors off either! 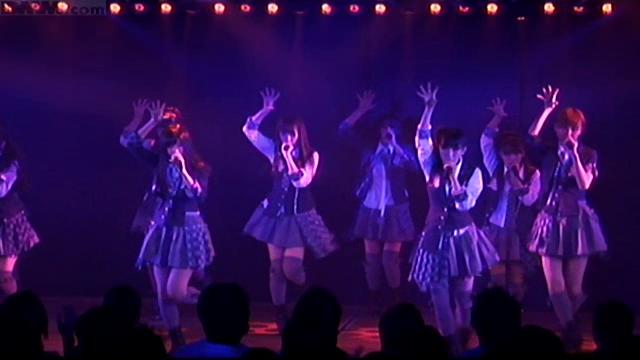 The Encore begins with I’m Crying which sounds like it is straight out of the SDN48 catalog.  I say sexy because they are back in their infamous schoolgirl uniforms.  I hadn’t noticed it, but someone mentioned this is the only part of any of the present stages where the girls wear Seifuku.  Wow!!! 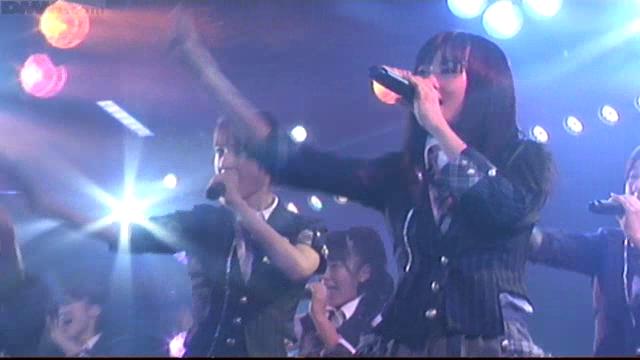 The most uplifting, and one of my favorite songs of the stage has to be Zutto Zutto.  This song has everything!  Great tempo, killer harmonization in the chorus and some amazing key changes throughout the song.  Some might say it has an anime feel to it.  But that is right up my alley.  I just love this song so much.

It was so sweet to see Takamina and Acchan get emotional in the final MC.  This was a big change for them, losing key OGs, and waiting so long for their new Team debut.

And for the final song, a new anthem… 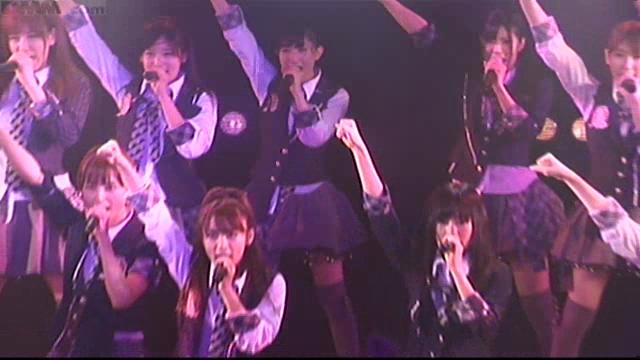 Not a bad one at that!  My fellow original Team K fans will kill me, but the only team “theme” I have ever liked is “Wasshoi B”  I’m not saying Pioneer is as good as that, but in and of itself it is a good song, and I am sure we can look forward to many performances at upcoming major concerts! 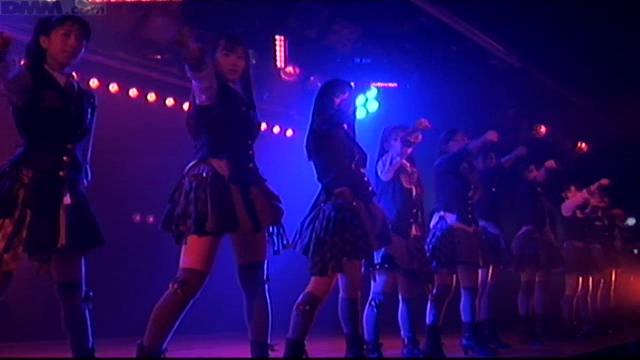 There is a lot to like in this Stage.   Very few songs that I didn’t care for, and many that I enjoyed immensely.  Of all the new Team Stages, this one is the Stage I want to see in person the most on my next trip over. 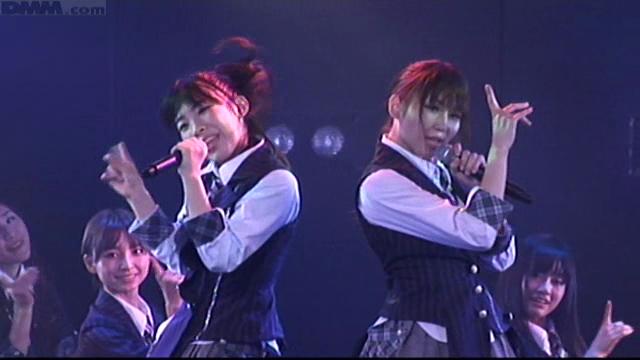 I am so proud of Wasamin, she did such a super job!  I loved that they had her dancing out front quite often in every song.  And she tried so hard in the MCs.  She is so cute!  Even hen she gets a round of “Ehhhhhh??”s I am sure she will get more comfortable with each performance. 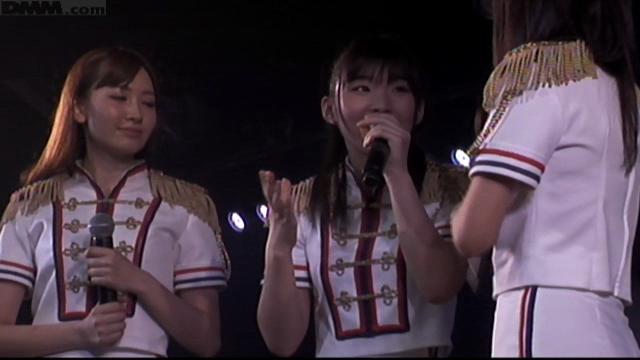 In fact, I thought all of the non-senbatsu members did a great job!  Some of other girls who had my attention included Mocchi, Shiichan, Harugon and Rabutan.  Kudos to the cameraman for getting everyone involved!  Finally, my Top 5 songs of the stage…

Okay, now it’s time for me to give Team B’s 5th Stage a 2nd chance!

4 thoughts on “One Year Later, The Shuffle is Complete…A6”