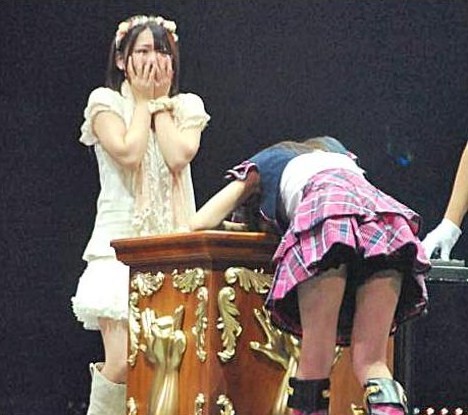 AKB48 makes the absurd announcement that their 19th single Senbatsu will be decided by a super-sized Jan-ken tournament.  The group sells out Nippon Budokan for the event.  And the show gets massive media coverage, including guest appearances from major Japanese personalities like John Kabira and Antonio Inoki…

I think it’s safe to say that AkiP has the golden touch right about now.  And for those of you who think this single won’t be as popular with a lack of regular frontgirls?  The interest in this event alone is enough to prove that theory wrong.  I guaran-friggin-tee it will be as great as any other single AKB48 has put out. 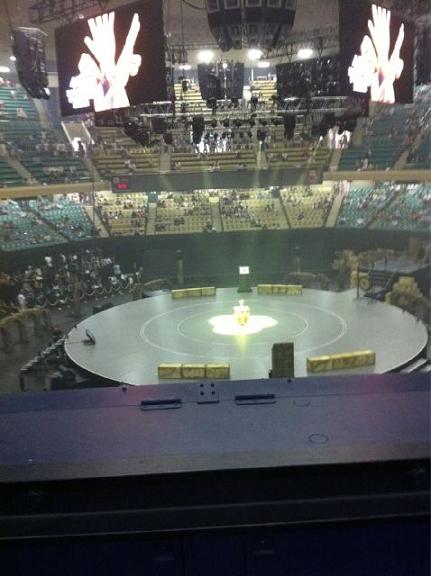 Since I didn’t have to work the next day, I made the decision to stay up and watch the event unfold live via five Twitter pages, Stage48 (which I abandoned early on) and the Stage48 IRC.  I considered heading over to Nihongogo, but figured their thread would be as insanely hard to follow as Stage48’s.  I am sincerely thankful I pulled the all-nighter as you could feel the excitement and anticipation even in the chats.  But I can only imagine how awesome it was to actually be there.  Here are the results for anyone (translated-no one) who hasn’t seen them already.  Your Top 16 Senbatsu for the 19th Single… 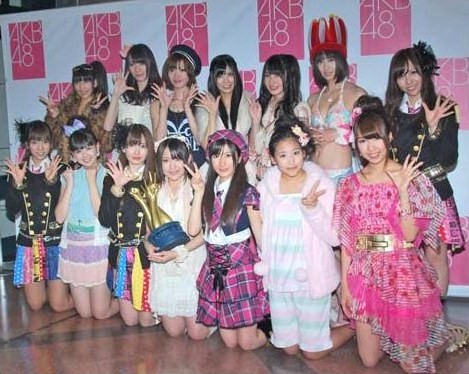 Then AkiP walked out with Jurina and Rena and said “I present to you the 18 members of the 19th Single Senbatsu”.  Hehe, JUST KIDDING!  Actually that isn’t my joke, it was one of the funniest lines I read on any of the chats last night!  But I don’t remember who said it 🙁  Actually MY first thoughts were WHAT A CUTE LITTLE TEAM!  I love the fact that so many of these members are relatively new to being Senbatsu.  That said, the fact that a couple regulars like Acchan, Tomo-mi and Kojiharu made it is a good thing as it puts the AKB48 stamp on the product.  As far as the rest of the members are concerned, I hate to use the term “deserving” because all the girls deserve as much praise and success that is heaped upon them.  But I was especially excited to see Nacchi, Tanamin, Kana and Chikarina as the four of them have languished in the background of AKB for a long time now.  And then there’s Uchida… 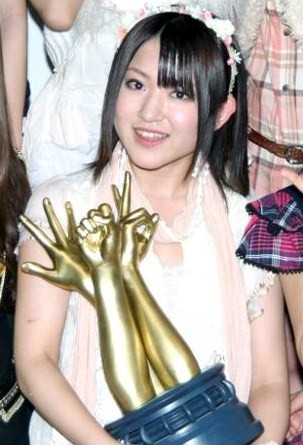 This girl almost made a career of being a Research Student.  And now this?  Wow, that is soooo awesome, and so out of left field considering you NEVER heard Mayumi’s name in any preliminary event conversations.  It also exposed all the N00bs who immediately shouted “WHO?” at the announcement.  Shut up and listen for a change, N00bs!

My Favorite Things About the Tourney

Watching so many of the media darlings get knocked out in the first two rounds.  Not that I don’t like those members.  I just love watching the front-running wota get kicked in the proverbial balls once in a while.  So yeah, when the likes of Yuko, Mayu, Mariko, Sayaka and Takamina lost their matches a big smile crept across my face.  Hehe, Sorry.  (NOT!)

Harukyan almost making it all the way to #1.  Aw man, just missed!  But it was awesome that Haru “did it” all the way to #2.  She was almost as big of a Cinderella Story as Uchida.  And she IS one of my Top 5 faves.  I can’t wait to congratulate her at the upcoming handshake events. 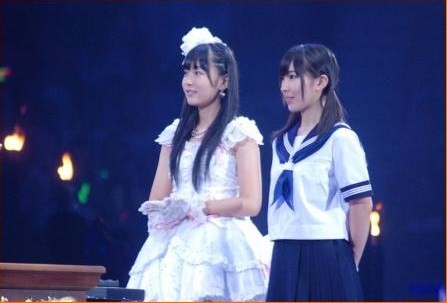 Watching 5 of my Top 7 members getting knocked out early.  I was obviously rooting for Wasamin, who is my AKB48 Oshi.  T__T  I hope she isn’t taking the loss too hard.  She is still one of the youngest members of AKB48, and I know her time will come sooner than later.  Same goes for Komorin, who is already making inroads toward Senbatsu. 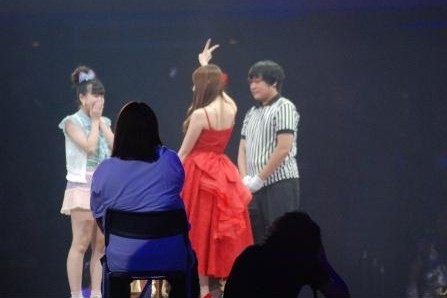 But I feel especially bad for Haachan, and to a slightly lesser extent Nakayan.  Haachan has always been considered one of the most overlooked, under-appreciated and underutilized members in AKB history.  But even with a Bye into the 2nd round she couldn’t get it done.  Oh well, looks like another appearance in the Undergirls for Haachan.  Unless I’m mistaken, she has been in every UG single, hasn’t she? 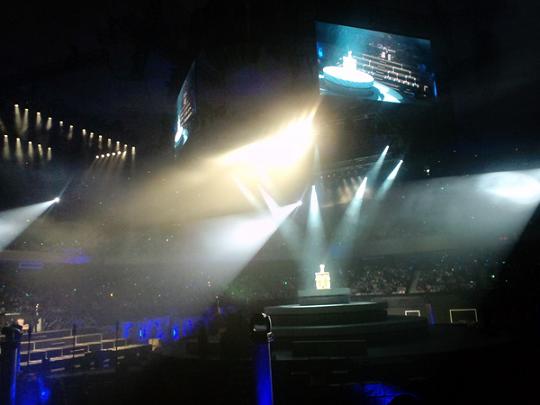 At the end of the day, this event far surpassed any expectations I had.  And I am filled with excitement not only for this 19th single, but the 18th single which comes out next month.  The new PV previewed at the show, and rumor has it that the video is a gorefest…Wicked!

I guess that answers the question I posed after the Heavy Rotation single.  “Where do they go from here?”  Hehehe

CK in California
(p.s., thanks to all who contributed to making the event a blast for the rest of us.  Especially Shattering, you are awesome!)