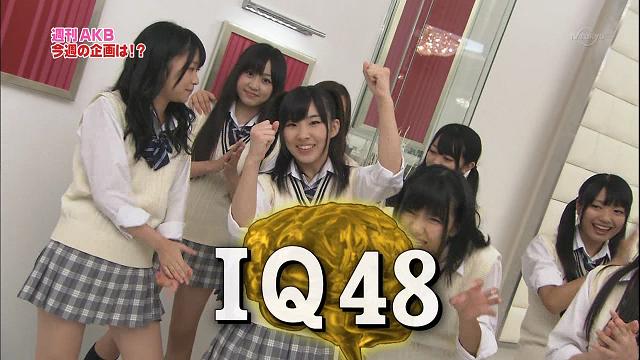 I am always excited when Wasamin gets a chance to participate on one of AKB48’s television programs.  This week she made an appearance on Shukan AKB, which is fast becoming my favorite AKB show.  And the theme? 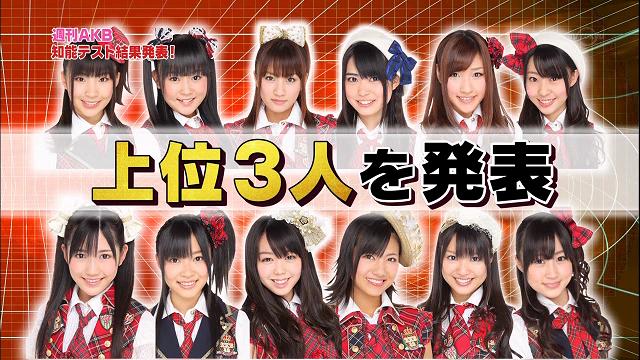 Who is the smartest (and dumbest) girl in the group.  Well…maybe not in the entire group, but from among the 12 members who were present for this episode.  How would Wasamin do?  She was the second youngest one there next to Aamin.  But I have always felt she was mature for her age.  Would that translate into IQ style smarts? 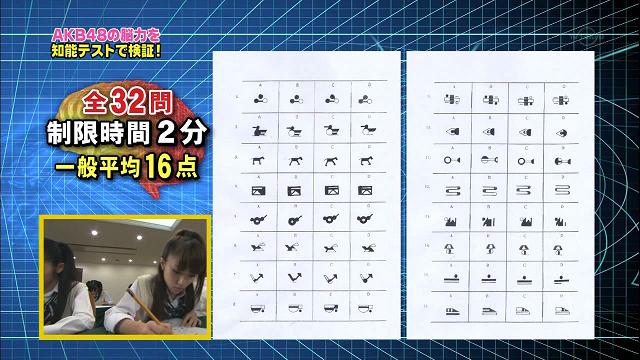 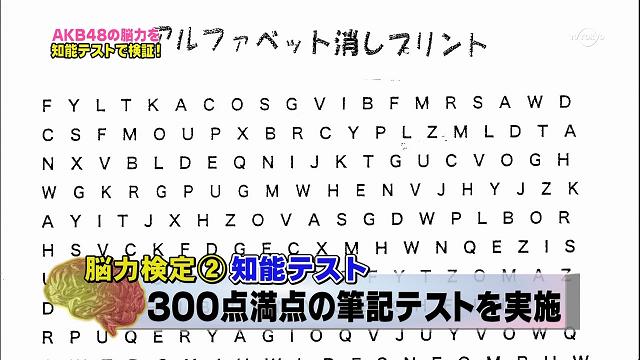 So maybe the questions aren’t ALL out of the Mensa guidebook.  Some of the puzzles looked like they were straight out of an issue of Highlights. 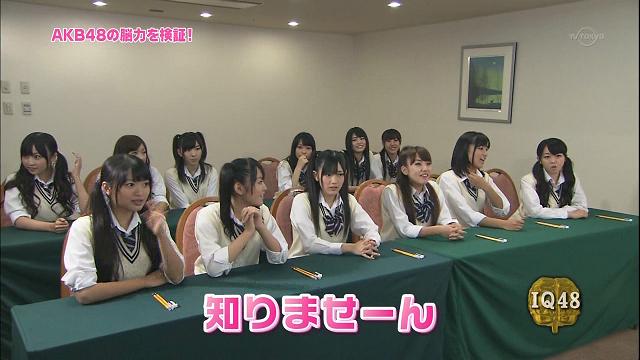 The girls working hard, even working up a sweat at times.  But who would end up being in the Top 3??? 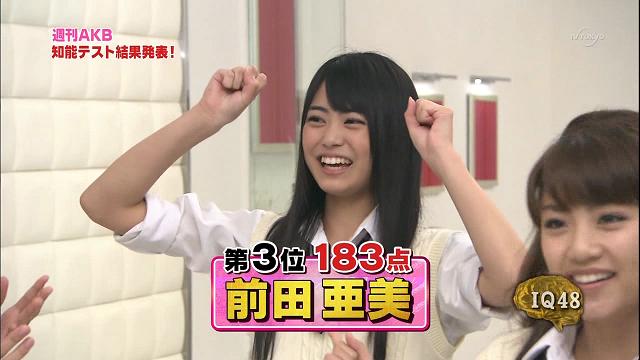 Wow, Aamin!  The youngest one there beats quite a few of her senpai.  Could my precious Wasamin have a chance here? 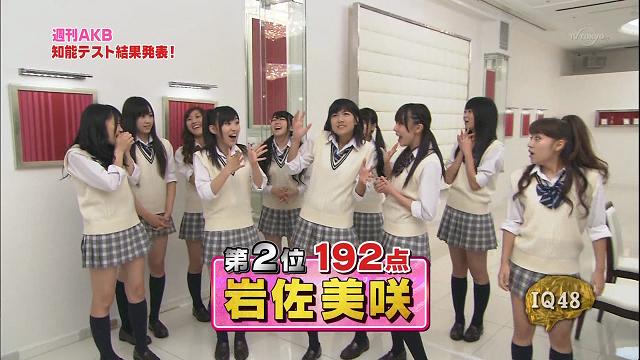 HELL YES SHE CAN!!!  Hehe, check out the looks of “shock” around her.  192 is quite a nice score.  If this were a real IQ test that would put her somewhere in the neighborhood of Bobby Fischer and Steven Hawking.  But somehow I can’t imagine those guys finding objects in pictures or drawing birds. 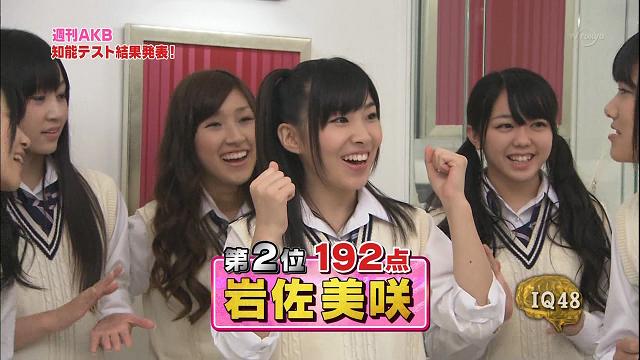 I always knew Wasamin was smart.  But wow, almost top of the class!  Misaki-chan, you never cease to impress me! 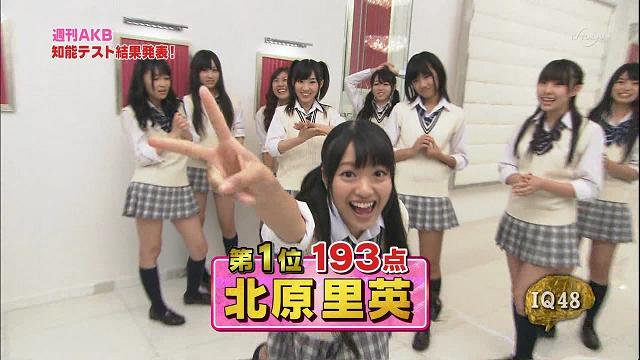 And the winner was Kitarie.  But only by ONE POINT!!!  That is one point I’m sure Wasamin could have gotten if she wasn’t distracted by Komorin’s constant cheating.  Speaking of Komori, how did my 2nd AKB oshi fare on this day?  Would she really come in last place??? 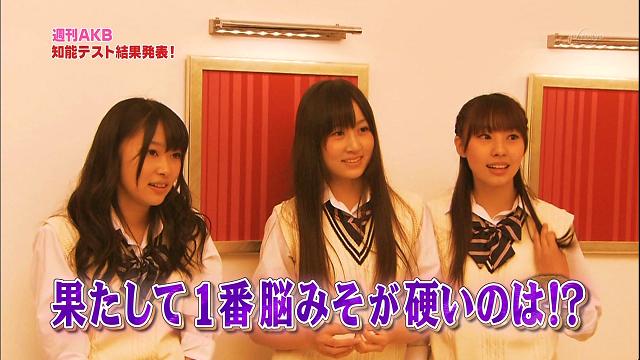 Oh well.  I guess my theory about Mikapon being an eccentric genius just went flying out the window.  To be fair I honestly don’t think Komori is dumb, she is just kinda slow and painfully indecisive.  And since there were strict time limits to this test it didn’t really play to her strengths… 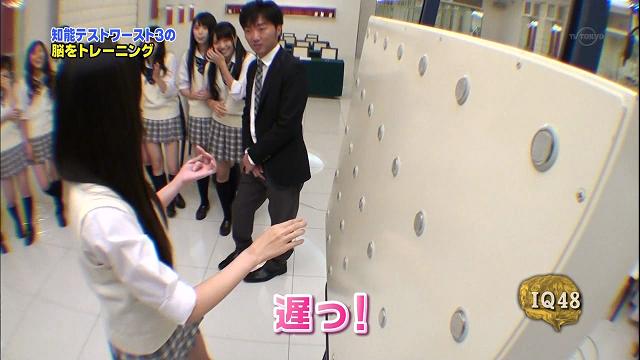 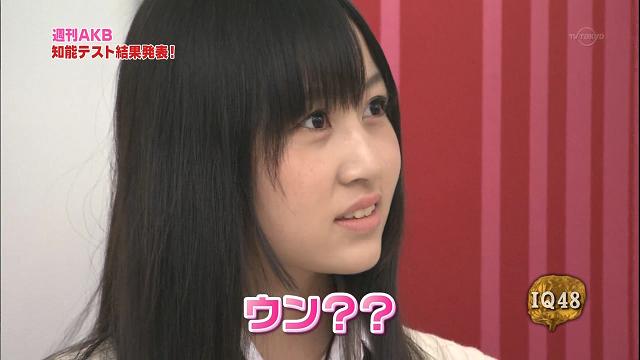 I’m sure if Komori had about…errr, five hours or so she could have found all the objects in the picture.  But that is why I think she’s great.  Mikapon simply looks at the world in a completely different way from the rest of us. 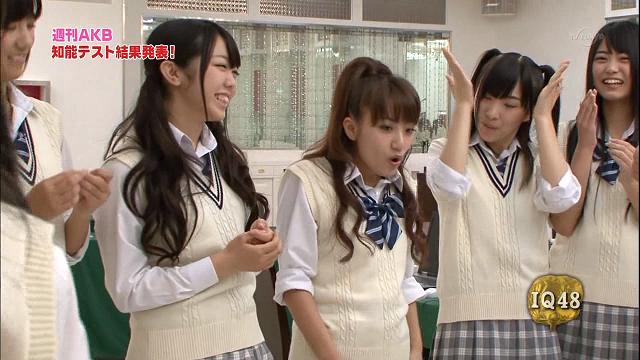 Wasamin demonstrates how her brain feels after spending the day with Mikapon.  Was that something about her head being caught in a vice? 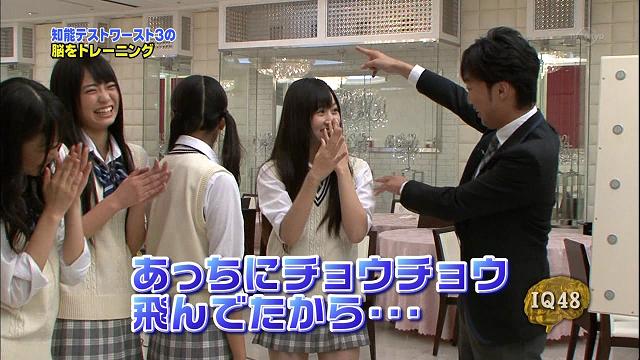