I have no idea what it means, or if it means anything at all.  It really doesn’t matter.  This new “Chapa Chapa” catchphrase which is all over Momoiro Clover’s new PV has permeated the wota conscience. 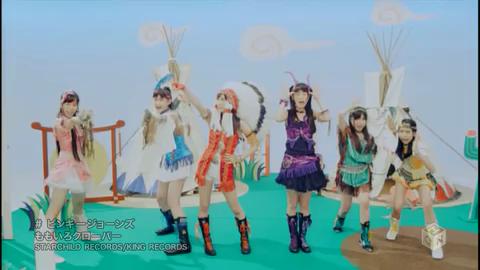 I am not ready to crown Momoclo as my favorite idol group.  That distinction still goes to the AKB family.  But the way I see it Momoclo’s creative staff is doing all the right things to continue their group’s climb to J-pop success.  The PV for ‘Pinky Jones’ is yet another example of that. 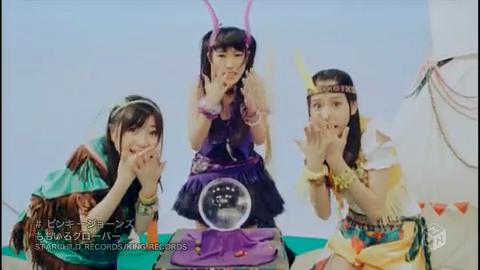 I’m not sure what to call the formula their songwriters are using.  Hmmm, utter chaos might be a good choice.  It has been evident in almost every single they have put out.  Constant shifts in melody, tempo and style.  I have heard their compositions being called “three songs in one” on more than one occasion.  The greatest part is that no matter the style, they seem to capitalize on the girls’ endless energy.  It is similar to the early singles of Watarirouka Hashiritai…

They are also borrowing some of the practices that have been successful in other groups.  In some ways their business model is like that of AKB48.  Momoiro Clover has cleverly utilized AKB’s “Idols You Can Meet” concept in order to build their fanbase.  And it seems to be working.  Since they work Akihabara on a regular basis, they have even managed to grab the interest of many AKB fans.

But who would have thought they could look to an iconic Punk Rock pioneer for inspiration?  This “Chapa Chapa” is the most infectious catchphrase I have heard since The Ramones released the song “Pinhead” in 1977, and in the process cemented the catchphrase “Gabba Gabba Hey” into music history.

And you know what that means?  Momoiro Clover has just 2 degrees of separation from Tod Browning’s classic film “Freaks”.  Maybe that isn’t so surprising, they did just release “Shirome“, right?

In any case, Pinky Jones is beyond awesome.  In fact it is Chapawesome!  Check it out!

1 thought on “The ‘Gabba-Gabba Hey!’ of a New Generation”