Okay, where do I start?

As of this writing this is actually my 7th day in Japan.  I got here last Friday night and was greeted with a good old-fashioned California-style earthquake.  Jeez, it’s like I never left home!  Anyway, there’s a lot on tap for this Fall Vacation.  And I still have quite a bit to do before I leave a week from now.

As a fan of AKB48, you need to pick your Japan travel time very carefully.  I mean I would hate to travel all the way here and just see one AKB show…and nothing else.  So there were two catalysts for this trip.  First, the Beginner chara-ani handshake event coming up on the 14th.  I managed to score 23 tickets to this event, most of which are for my favorite members Wasamin and Meetan.  But I did manage to win for CinDy, Chaki, Haachan, Nakayan, Moeno, Harukyan, Tanamin and…Komorinnn!  Oh, Mikapon!!!  I cannot wait to finally meet her.  It is going to be great! 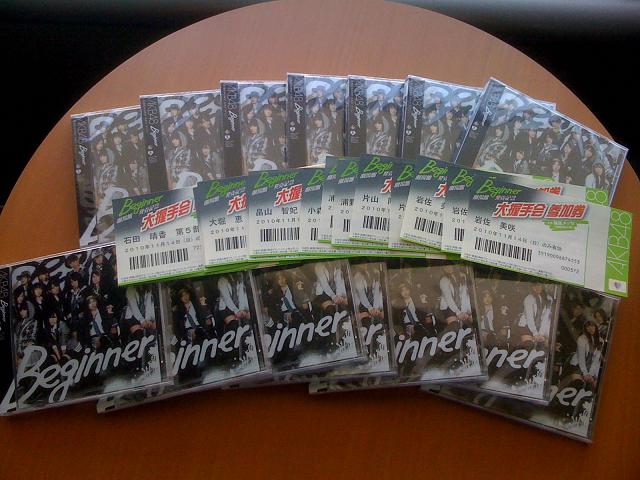 The second big event was the release of Momoiro Clover’s Pinky Jones single.  The girls have been heavily promoting their single for the past month, and I difinitely wanted to hit at leaat a couple of their release events.  But before any of that…

A Whole Bunch of AKB/SDN Shows Right in a Row 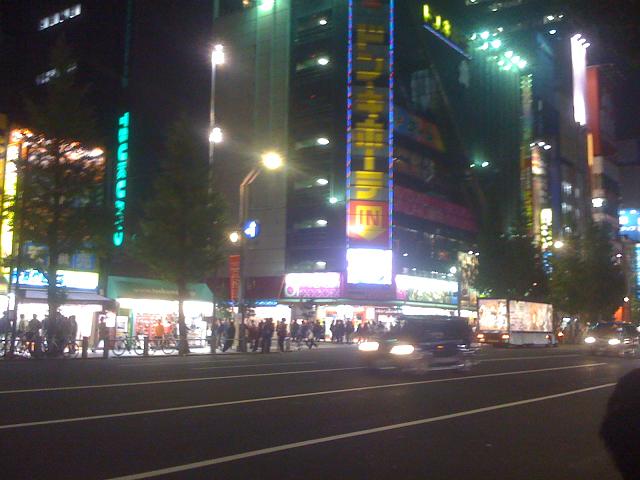 Who said it was impossible to win shows?  Before I had even set foot on Japanese soil I had already won three.  Last Saturday not only was I going to see Wasamin and the new Team A stage, but I also won the opportunity to return to see Meetan and SDN48.  And if that wasn’t enough, the SDN show was going to be a TRIPLE BIRTHDAY event for CinDy, Chaki and Chenchu.  Man, this was going to be awesome! 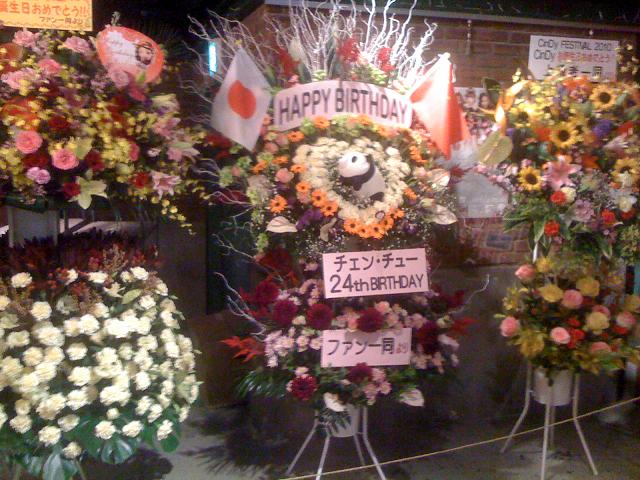 For Team A Harugon and Rabu were out for WH handshake event, and Nyan was last minute sick-leave, so in their place were Nakamura Mariko, Nagao Mariya and Ichikawa Miori who is really a fan favorite! She is so tiny! That girl is almost 17 years old??? She looks about 7 in person!

I loved Akicha’s hairstyle! Straight and long with forehead showing. It really made her look alot more mature! 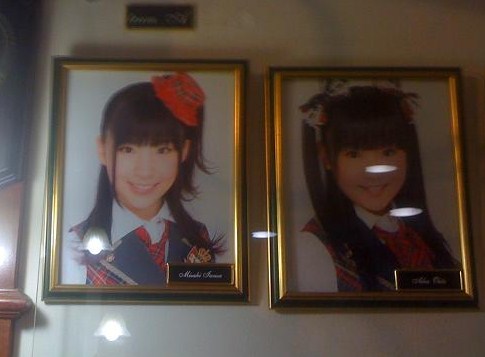 Of course I spent most of the show watching everything Wasamin was doing. Just when I was ready to roar her name in the MC she rips off Natsumin’s MC catchphrase, causing WTFs from everyone, including the other members. I think this is a running bit for her, looking for an MC shtick and repeatedly screwing it up. Also when Natsumi listed the girls not there she forgot to mention Kojiharu. The crowd kept muttering “Haruna? haruna? Kojiharu?” Then Shiichan said told her she forgot Nyan, so she started over LOL. BTW, I was fully expecting a larger than usual applause for Shiichan after her Shukan episode. But there was nothing. I guess the noon shows are usually pretty sedate. Speaking of sedate…

This was the quietest theater crowd I have ever heard! It really says something when I am one of the Top 5 most vocal people in the room! Hardly any mixes, non-existent girl calls. Nobody trying to follow the girls’ hand movements. Just mostly clapping to every song. There were also a couple of little kids at the show.

FYI, Mocchi subbed for Nyan in her unit and did a great job. IIRC Nakamura subbed for Rabu in the same song.

At the very end of the show after the bow Sasshi ran Wasamin back onto the stage so she could do another intro, and she imitated Ichikawa’s LOL! Oh Wasamin!!! 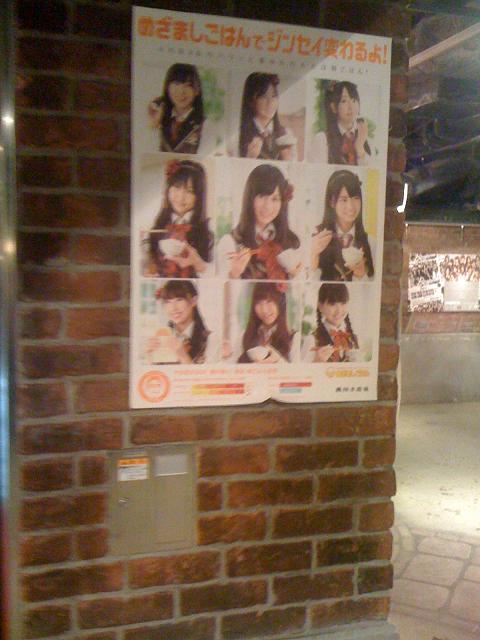 During High Touch I am always interested to see the reactions as I have met most of Team A before. Wasamin was first in line, and since she and I have met quite a few times it was one of the best reactions I have ever gotten. She stepped backward with a big smile and put both hands out for me, Awesome! Aamin and Sasshi definitely remembered me from LA. Sasshi screamed “Hey hey hey!!!” and leaned forward when I got to her. And of course I have taken a photo with Haachan before. Acchan was sweet, and Takamina gave me the “OMG it’s a foreigner!” look. Nakayan didn’t seem like she recognized me, but I told her I have tickets for her in next weeks hs event. TBH the rest were kind of a blur.

Between shows I headed to the SKE store in Shibuya and picked up the Setlist DVD and PB which came with your choice of photo. I picked Masanya

That store is tiny, and a bit hard to find. But they had a few cute photosets and most of the recent DVDs. 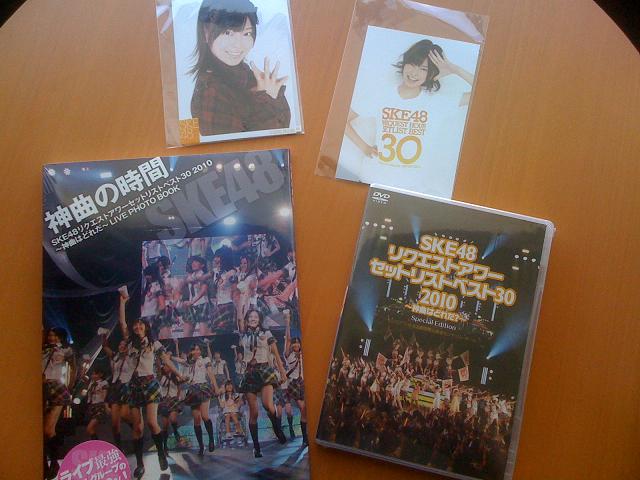 As for the SDN show, it was an unprecedented “Triple Birthday Show” for CinDy, Chaki and Chenchu. Everyone was waiting to see how the three Birthday committees would handle that. CinDy’s Team was huge, they all were wearing black T-shirts that said in English “I like CinDy? No…..I LOVE CinDy” Man, I wish I could have gotten one of those! They DID give me a CinDy birthday Uchiwa. Chaki’s Team all were wearing red shirts with a ton of writing on them. I only remember “Babyface” being written across the back and the number “22”. Chen’s Team was definitely the smallest, and led by my friend Chiichan. They didn’t have shirts. They had towels instead, and for the 2nd year in a row I got to sign Chen’s birthday card!! 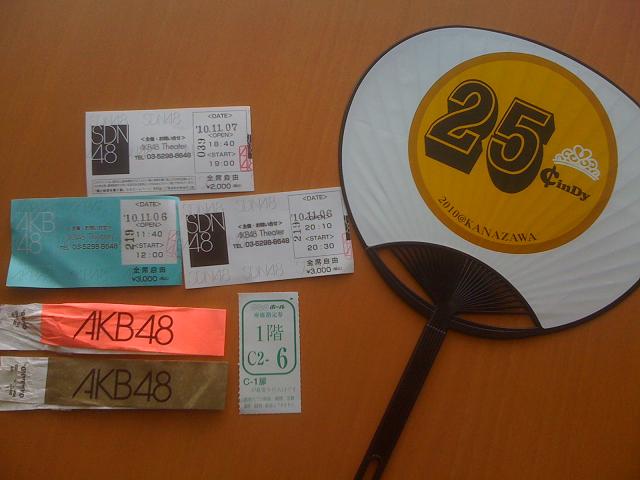 All in all the birthday Teams did an awesome job. The flowers were beautiful. Chen’s were especially awesome with the Japanese and Chinese flags and a Panda right in the middle of the bouquet. Team CinDy handled the birthday glowsticks. There were four of them which I think confused quite a few in the audience. It seemed like only the back of the theater knew when to use them. I was right next to the captain of Team CinDy, so I just followed his lead. We did white for Saturday Night Party. Blue for Chen’s unit, Red for Jaujama lady and Orange for Vampire Keikaku and of course green for Aisureru no Tame ni.

We were also wondering who would get to do the pre-show speech, it was CinDy. I guess that was to be expected. BTW, this is the 2nd year in a row I have gotten to see Chen and Chaki’s birthday shows. And Chaki is so adorable when she gets loud cheers. She just cries and cries. She must have teared up a half dozen times during the show. I absolutely adore her! 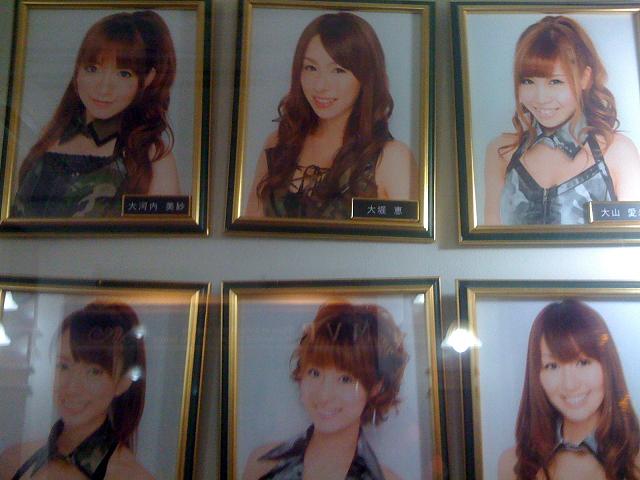 The encore was totally awesome! Captain of Cindy’s team did an opening speech mentioning all three girls. Then one by one a member of each Birthday committee did an individual call about how they loved their favorite member. I loved hearing Chiichan doing an encore call. I can’t remember ever hearing a girl do one before! She was great. The encore itself was just done in regular style.

After Vampire each girl did their own birthday speech while Nachu wheeled out a cake. Once again Chisaki cried her eyes out. Just like last year it seemed to affect Meetan too as I watched her begin to tear up. There was some running bit about it being CinDy’s 30th birthday or something. Whatever it was they were all laughing. And CinDy ran offstage in the middle, and came back out wearing her tiara which she also kept on for HT. Hahaha!

While we waited for High Touch they first said they were going to show GaGaGa, but instead they showed the PV for one of the B-tracks. It was the one with Sayanee in it. Such a sexy PV! Totally K-pop style! wearing business shirts and ties with hot lingerie on underneath while being doused with water! Awesome! I am so glad I pre-ordered both versions! 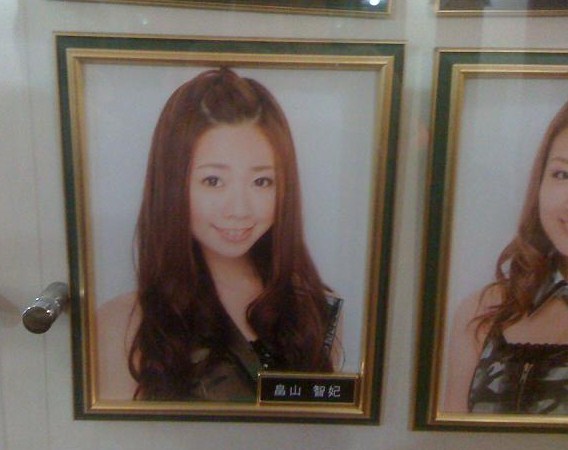 High Touch was great. I was surprised by Kana Ito’s reaction to me this time around. She asked me in English if I liked the show! Chaki was amazing, she bowed and thanked me for coming! I remember Serina, Machiko and Rachel being really cool. And Nachu definitely remembered me from previous encounters. I am still puzzled by Sayanee. As many times as I have met and talked to her before I am never sure if she knows who I am. As for Meetan, she didn’t seem as excited as our previous encounters. But that’s okay. She can make it up to me at the HS event

Meetan stayed out after HT for a brief minute and waved to all of us while everyone left by the escalator kept screaming for her.

Two awesome shows. But I must say the energy at an SDN show just seems to blitz anything else I ever see in the theater. There is this camaraderie and casualness not only among the audience, but among the girls too. SDN seems to treat their fans like they are “friends at their house” or something. it is just so cool. The entire team is really loose, but at the same time keeping their performance intensity. And their setlist is simply amazing. I can’t imagine ever getting tired of it! Although I wonder if they might be.

If that wasn’t enough, my Sunday was just as hectic.  That post is coming soon!