Alright, paying another visit to my blog!  So what have I been up to lately?  Well…selling a whole bunch of idol stuff I’ve been accumulating lately.  I was getting tired of seeing piles of merchandise I had doubles, triples, even quadruples of.  Might as well sell the stuff, and at least make some cash I can use for future purchases.  Anyway…

I just love when my favorite idols come visiting my backyard.  Not that it has really ever happened before.  I am still waiting for AKB’s first visit to the San Francisco Bay Area.  But if it couldn’t be the adorable Wasamin, or the super sexy Meetan, at least it was the next best thing… 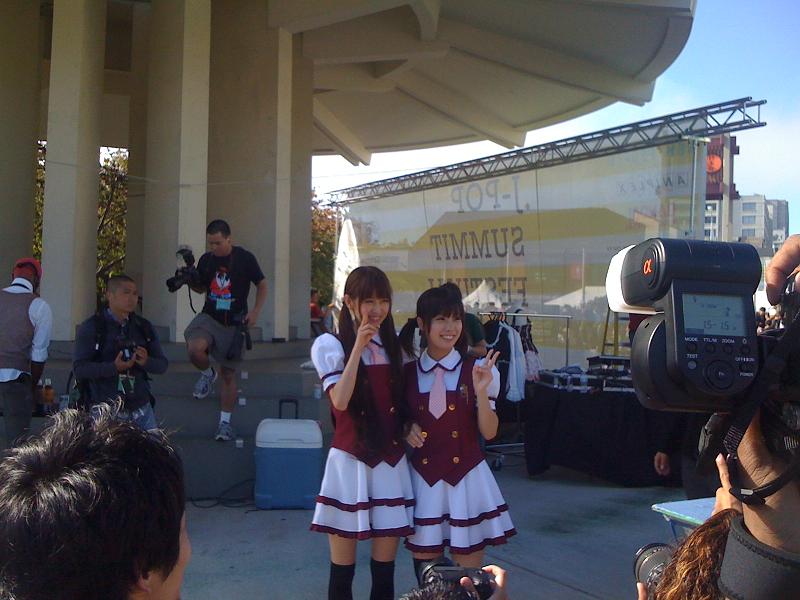 Yes, San Francisco’s Japantown held it’s annual J-pop Summit this past week.  This year the event was dominated by Hatsune Miku and Vocaloid, which I just love.  And since Miku was going to be such a huge part of the event, it only made sense to invite her #1 human backdancers, DANCEROID featuring Aikawa Kozue.  Of course you all know Kozue by now.  I, as well as many others have posted about her awesomeness many times.  After missing her appearance earlier this Summer in L.A., I was finally getting the chance to see her in person.  Yayyy! 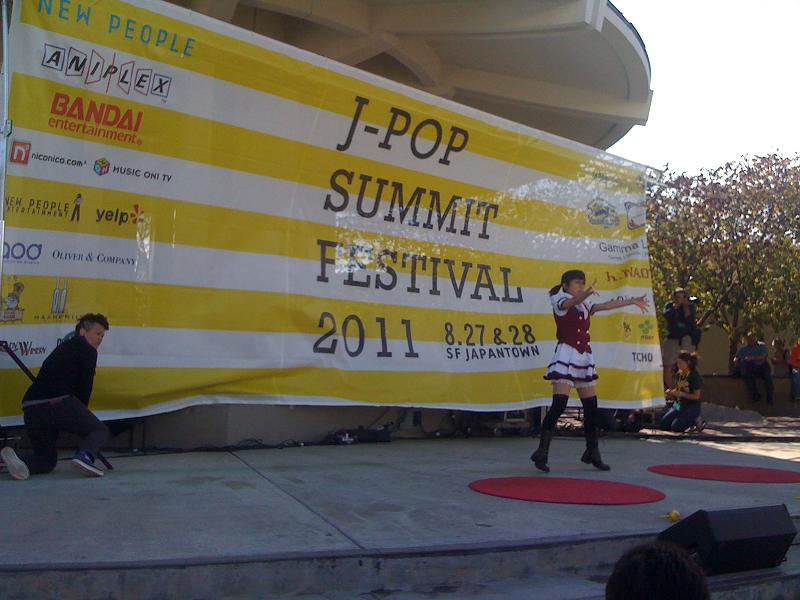 But it wasn’t without pre-show drama, as I was originally told I wouldn’t be able to get off work in time to see the show.  But I persisted, and won out.  After sweating out the horrific traffic on the Bay Bridge I was able to find parking and hoof it over to Peace Plaza just in time to snag a seat in front. 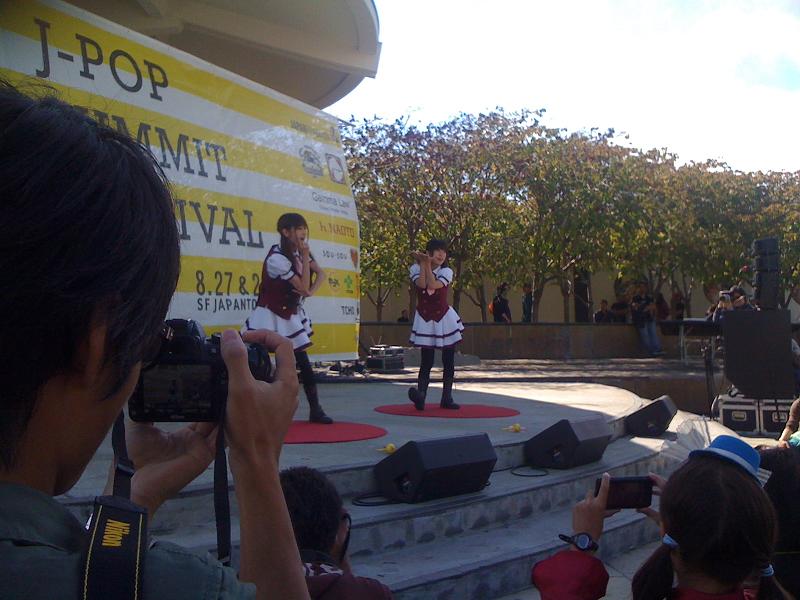 By the way, as cute as Kozue looks on her dance videos, she is 1000x cuter in person.  Just adorable as hell!  I’m not sure how many people there knew who Danceroid was, but there were at least a few fans there.  One person even screamed a marriage proposal to Kozue (and I think I might know who it was, too  Hehe)

The show was everything you would expect it to be.  Ikura and Kozue’s awesome dance routines while the mouthed the words to a few Vocaloid tunes, pretty much all of which are featured on their recent DVDs.  I was just excited about the fact that I was finally getting to see her up close after all these years of admiring her on NicoNico and stalking her room on Ameba Pigg.

By the way, you can find some great professional photos of the event here!

After the show they announced there would be an autograph/handshake session at the gift shop across the street.  Unfortunately for me I already had copies of every DVD and CD they had for sale.  But I just had to get in on this event, so I purchased another copy of the Danceroid Soundtrack.  And I bought two overpriced plushies just so I could have something new.  Twenty bucks apiece?  Sheesh!  But I had my swag, so it was finally the moment I would get to meet the girls. 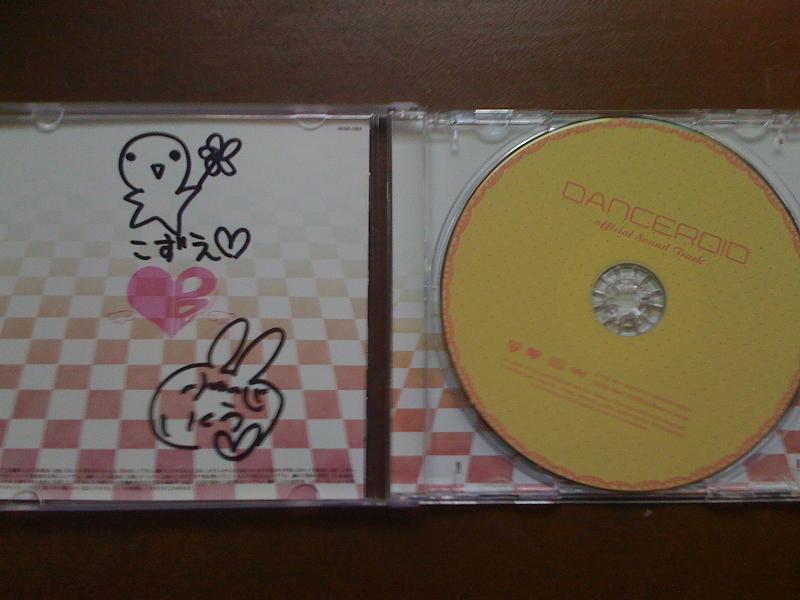 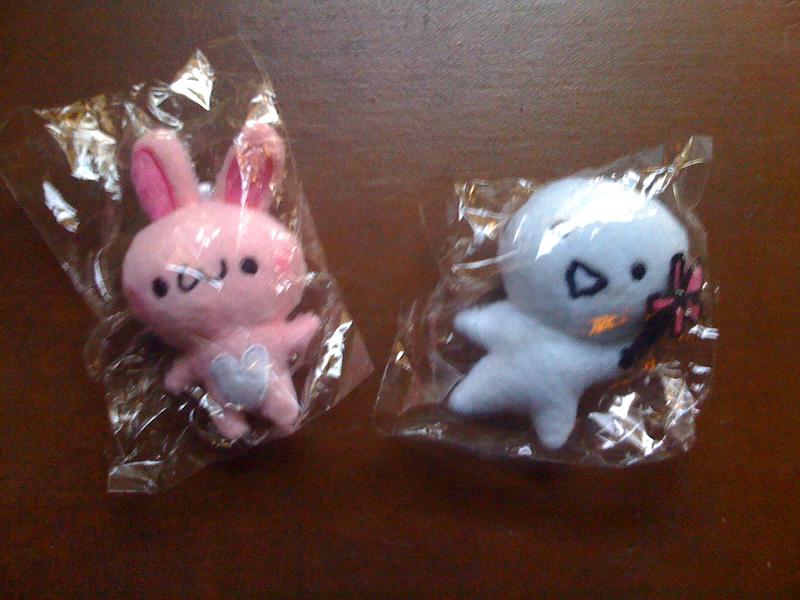 Unfortunately there weren’t too many people buying their stuff.  I would say they signed less than 50 items during the hour they were there.  I opened my CD at the register so I wouldn’t fumble with it at the table.  I approached Ikura and laid my CD in front of her.  Both of them just stared at me.  Huh?  So I smiled and said “Onegaishimasu? ”  Both Ikura and the manager laughed and Ikura began to sign.  I told them (in my terrible Japanese) that I loved Danceroid’s new box set.  Ikura digested that for a second, smiled and thanked me while Kozue signed the CD.  After Kozue signed it she handed it back to me and smiled.  So adorable!  I thanked both of them, bowed and walked away. 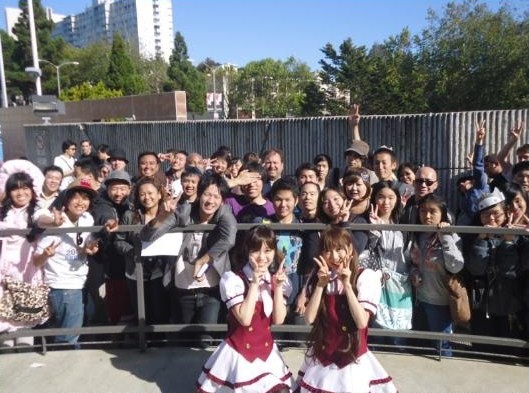 The bummer was that I didn’t realize until later that they would have taken a photo with me had I asked them to.  Oh well, at least I ended up in the “Team Photo” their manager took after the show.  So yes, it was my second appearance on Kozue’s blog if you count the time she took a Pigg photo of the two of us in her Pigg room and posted it. 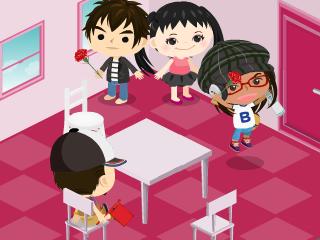 Now you might find it interesting that I hadn’t posted until now that the weekend event also featured the world-premiere of the Documentary of AKB48 with English subtitles.  I already own a copy of the DVD for this film.  But I would be lying if I didn’t admit that there is a lot I don’t understand in the film, and seeing it with subs would make the film a lot more interesting to me.  The problem was that it conflicted with two other Kozue events taking place on Sunday.  At the end of the day, face-time with an idol I adore is much more appealing than seeing a movie I have already seen.  But by the time I decided to go to the Kozue events they were already sold out.  So onto the film I went.

That ended up being a blessing in the end.  Not only did I get to meet up with a couple of friends from Stage48 and Nihongogo, but I also ran into my friend Yuta who I had met at the Sakura handshake events in Japan last June.  So that was cool.  Even better, it was announced that Danceroid was judging the Vocaloid dance contest later in the afternoon.  So I would get to see Kozue one more time after all! 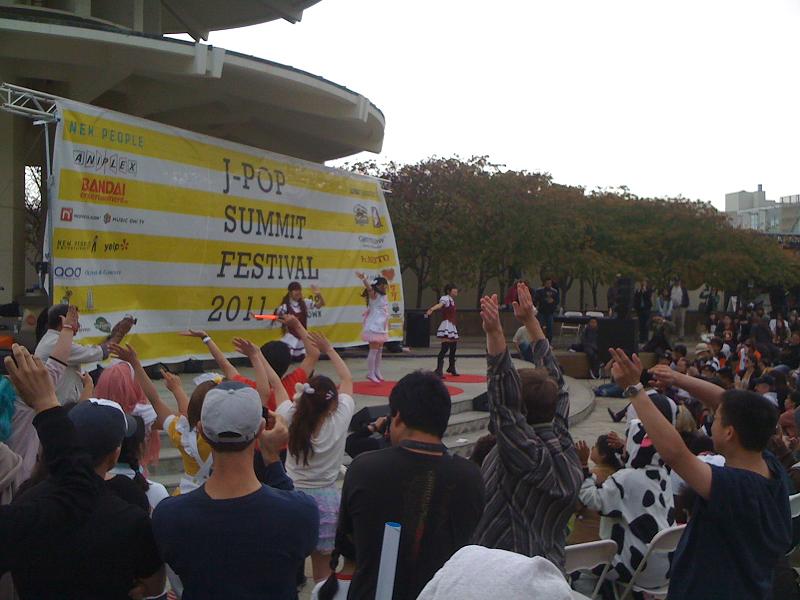 After spending over 90 minutes watching a bunch of little girls (and one dude!) dance to the same three songs over and over, it was time for Danceroid’s final mini-performance with the contest winner!  Which brought the next WTF moment as I actually knew the girl who won the contest.  Her name was Tiffany, and she is another NicoNico Douga regular!  I was really stoked that she was the winner of the prize and special dance.  Good for her, she’s awesome!!! 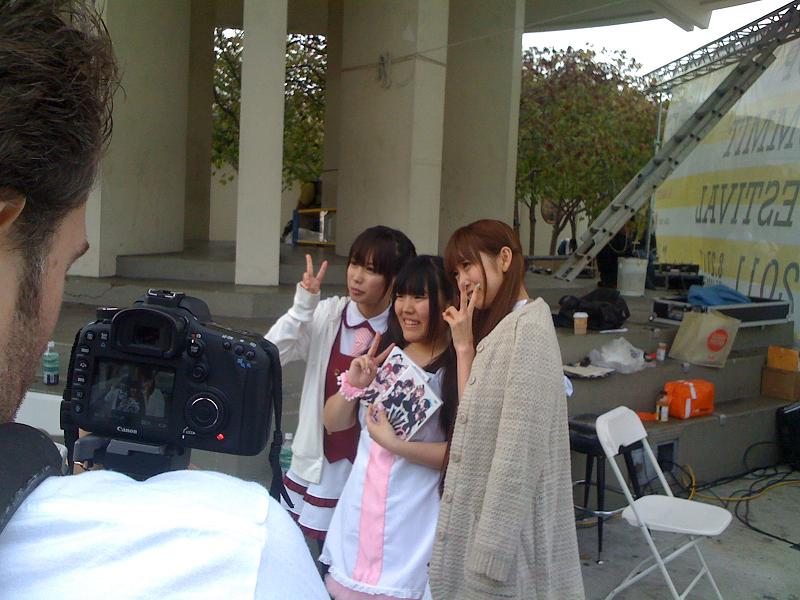 Anyhow, another cool little J-pop interlude while I prepare for my next trip over to Awesome Island this fall.  Maybe this time I will finally get a chance to see Danceroid perform on their home turf.  And maybe, just maybe Ikura and Kozue will remember me from San Francisco… 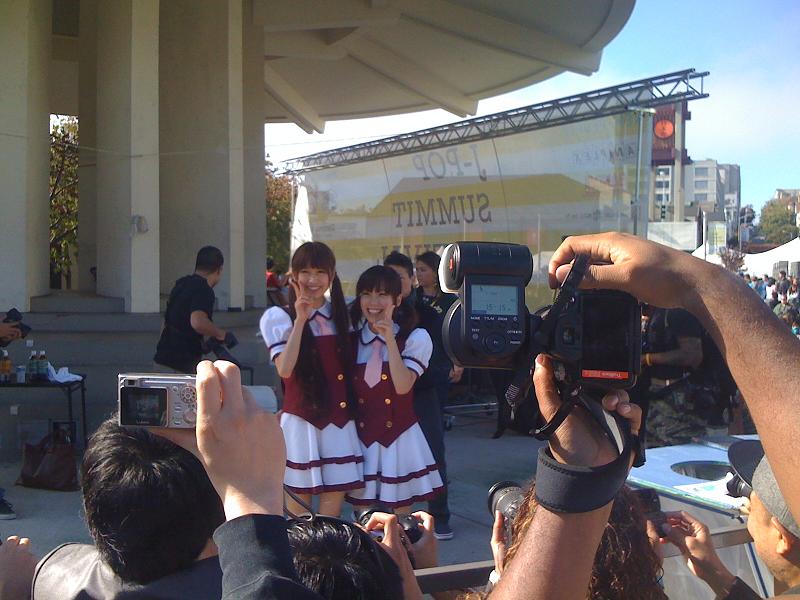 People always ask me how I get so lucky with these special relationships I seem to have with certain idols.  And the answer is simple, persistence and repetition.  Idols meet so many fans that it is hard for them to remember each one.  Only with Wasamin did I ever have a  mutual “love at first site” experience with an idol.  The rest I have had to work at.  They see me once, i am forgotten two minutes later.  but when they see me enthusiastically coming to see them over and over they get that I really am a fan, and they begin to get comfortable.  During this event I admittedly didn’t make a huge connection with Kozue.  But that’s okay because I will eventually see her again.  And eventually she will recognize me.  And that will be the moment I know I have made an impression.  The look of recognition and true appreciation…THAT is the ultimate victory…

And now you know one of the biggest reasons why I go back to Japan so often!

1 thought on “What’s Better Than a Weekend Double-Dose of AKB and Kozue???”