Okay, so this time around I am going to separate these posts by event instead of by day.  The reason is that unlike previous trips I am not jamming every single minute into idol concerts.  I actually spent a few days visiting shrines, museums…touristy things.  I checked out the Edo Museum on Monday which is a neat place.  Kind of reminded me of the British Museum, although quite a bit more low-key.  But well worth the visit for the 600 yen admission. 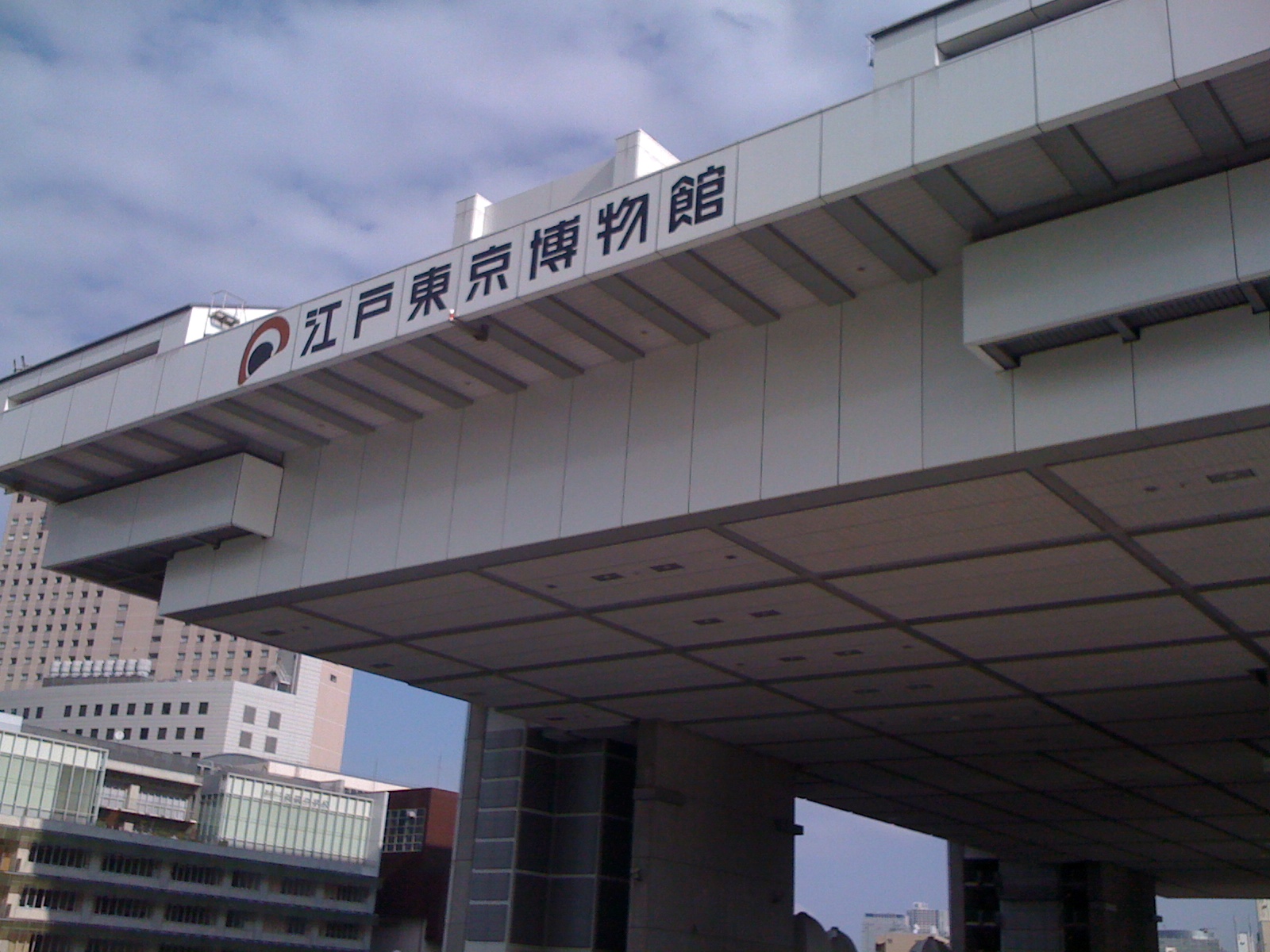 I had the opportunity to see Berryz Kobo and C-ute last Sunday, but passed it up even though there were plenty of tickets available.  The funny thing was, when I made that decision a rush of relief came over me.  I don’t have to rush into every idol event that happens while I am here.  I am at the point where I can be a bit more selective.  The fact is that HP concerts haven’t excited me for a while now.  And since I had just come off of an exhausting day of handshakes, a quiet evening was so much more attractive.   Even with AKB48.  In the old days I applied for EVERY show while I was in town.  But now, even their popularity being what it is, I stick to shows I want to see.   Maybe I’m just getting old…

By the way, at this point of the trip I had yet to win one AKB48 show at the theater.  I was also blanking for SKE48.  So I was beginning to get worried.  Especially after Tuesday night.  I had mixed up the dates of the Team Ogi Matsuri concerts and made conflicting plans for the first night.  Originally I was okay with this because the tickets were reselling for a rather high price, and I didn’t want to spend a fortune on this concert.  However, when I heard that Wasamin was made a guest appearance to do an Enka performance.   Well, let’s just say I was disappointed, shall we?  Wasamin used to be in Production Ogi, but she transferred earlier this year.  That said, she remains a member of Watarirouka Hashiritai 7, which is an OgiPro group.

I finally found a ticket that wasn’t too expensive after seeing most of the resellers pricing them at close to 20000 yen for the last two weeks.  I scored a standing floor ticket, but toward the rear of the queue.  The bummer was…actually there were two bummers…

1) Wasamin had to keep secret that she would be there, that and my mistaking of the show dates meant I missed the first night, AND Wasamin’s Enka performance.  I was kicking myself for a full 24 hours over that blunder.

2) I checked the reseller website about three hours after I purchased my ticket, and they dropped the prices by about 3000 yen, AND had better tickets at the same price I had paid for mine.  But that’s the chance I took.  I could have also missed out on the tickets altogether.

They handled the floor tickets the same way they used to do the queue for the Shibuya AX Setlist concerts, you queued and entered by number.  I finally got into the venue with floor ticket #735, and jammed down to the arena level as fast as I could.  I probably passed at least 100 people confused about where to go, and stuffing their belongings into lockers.  When I got in, most everyone had crammed themselves on the right side, so I quickly went to the left for a much closer vantage point.  Not bad at all.  I was about mid-pack on the left side of the stage.  I could see just fine.  Now all I needed was to see Wasamin, and I would be a happy boy!

The show started about 5 minutes late.  Right out of the box, Watarirouka Hashiritai.  A quick scan of the stage…There’s Wasamin!!!  Yatta!  They led off with the first two Watarirouka 7 singles, Valentine Kiss and Hettapai Wink.  At this point I was reminded that I had never seen Watarirouka perform live before.  So I was etstatic as I screamed for Wasamin and Komori every time they sang.

No3b definitely had a bigger fanbase in the venue, as the energy rose dramatically when they came out.  Lots of people screaming for Minegishi Minami.  Once again, I had never seen No3b live before (although I have seen the three of them do unit songs together before)  I didn’t realize what a treat this show was until I started to experience it.

They did unit songs as well, and I loved them all.  Tsundere is a great song to begin with, and watching Nacchan, Rabu and Ayarin “ham it up” was too cute.  The came Himawari…with Wasamin on lead!!!!!  I was already getting hoarse from screaming her name (actually I was a bit congested before the show even started, which didn’t help)  But I was so happy she was getting featured so prominently in the show.  I have seen Blue Rose performed live so many times, frankly I was getting bored with it.  But seeing SDN48’s CinDy in Akimoto Sayaka’s position was just awesome!!!  Totally rejuvinated the song for me.  It would have been even cooler if she pulled a “Meetan-gold bikini”, but that’s another story…

The next awesome moment (aside from the performance of the new Watarirouka song) was the appearance of Yokoyama Rurika and Kawamura Yui from Idoling!!!  They stuck around for a few songs, including Chuu Shiyouze!, the AKBIdoling!!! song.  That began the parade of special Ogi guests.  I think my favorite had to be Mayuyu’s solos with Asakura Daisuke.  The second song she did was so pretty.  She did a great job!  Watarirouka with Ikuina Akiko from Onyanko Club was also very cute.  BTW, she still looks smokin’ hawt dressed as a loli-idol!!!

The show ended with an Ariyoshi skit with some dude imitating Takamina.  Actually in the VTR he was also dressed as Acchan, Mariko and Harunyan!  After that, Ponytail to Shushu, Everyday Kachuusha and the show was done…and my legs were killing me from standing on that concrete floor for three hours+ 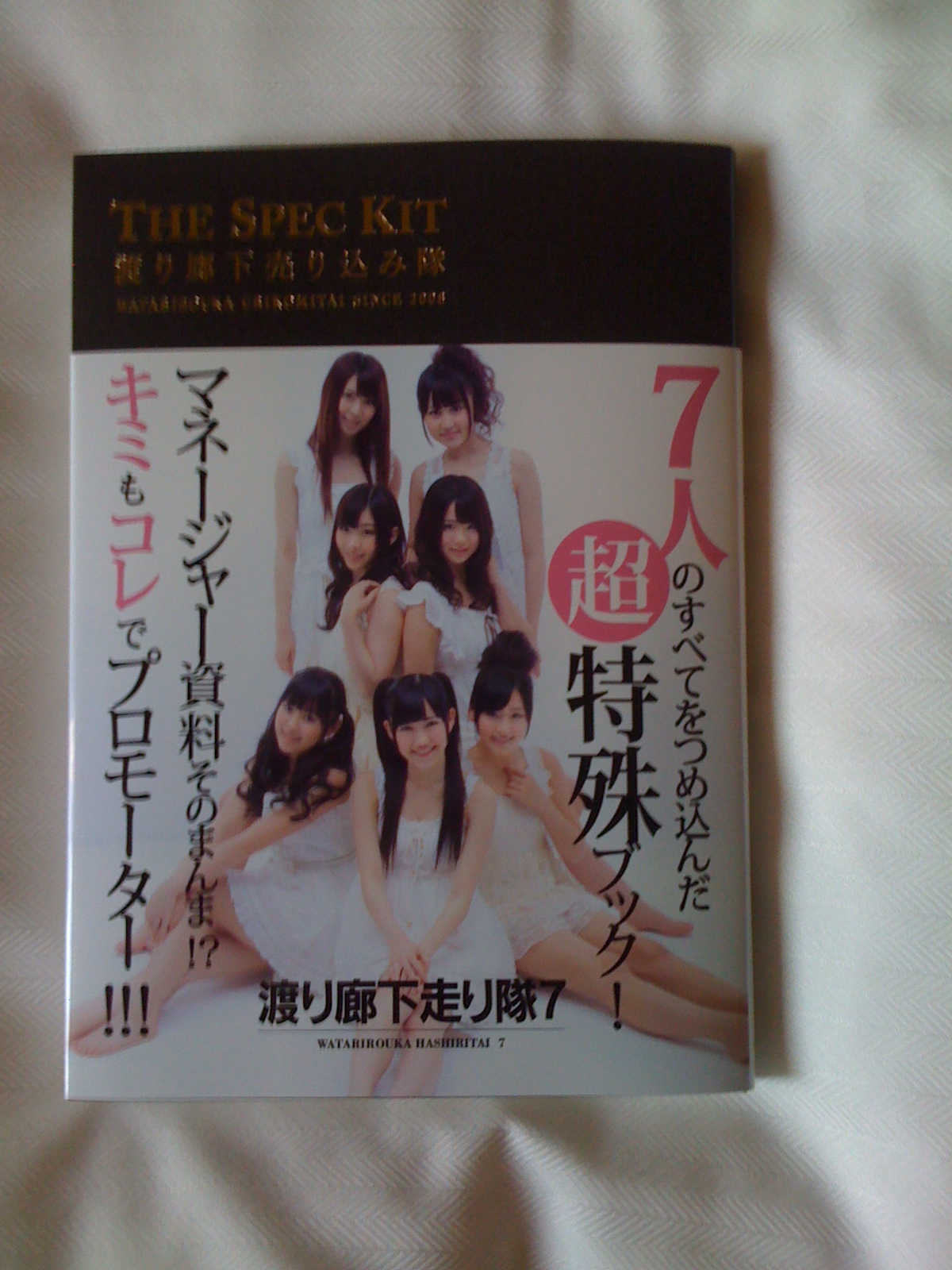 I went over to the goods table to see if they would have anything Wasamin-related.  Unfortunately not, so the good news was I could save a few Yen.  It was basically “I love (Ogi member)” towels, clear files, and Ogi group CDs.  But they DID have the new Watarirouka Book “The Spec Kit”.  I didn’t know if it had been released yet or not, so I was glad to get my hands on it.  They also had gacchas for signed clear files, but I hate clear files!  So I hoofed it back over to the train and got the hell out of Suidobashi!

A few observations…perhaps it is because the fans these days have such a hard time winning shows, but nobody seems to know the calls/chants anymore.  They basically scream the name of the girl on the big screen, regardless of who is singing.  Also, I could only watch the Watarirouka-related MCs on the big screen because some guy kept holding up his “I love Harugon” sign every time she was up there during MCs.  And it wasn’t like he held it there for a minute, he held it up during entire MCs.  Ya know, when you are toward the front of the “standing section”, and have people behind you craning there necks to see, do the world a favor and don’t hold up a big fucking sign…idiot!

Aside from that it was a great show.  Wasamin and Komorin were awesome (as expected), CinDy is always a treat.  I have finally seen Idoling!!! (sort of).  Heck, everyone did a terrific job! 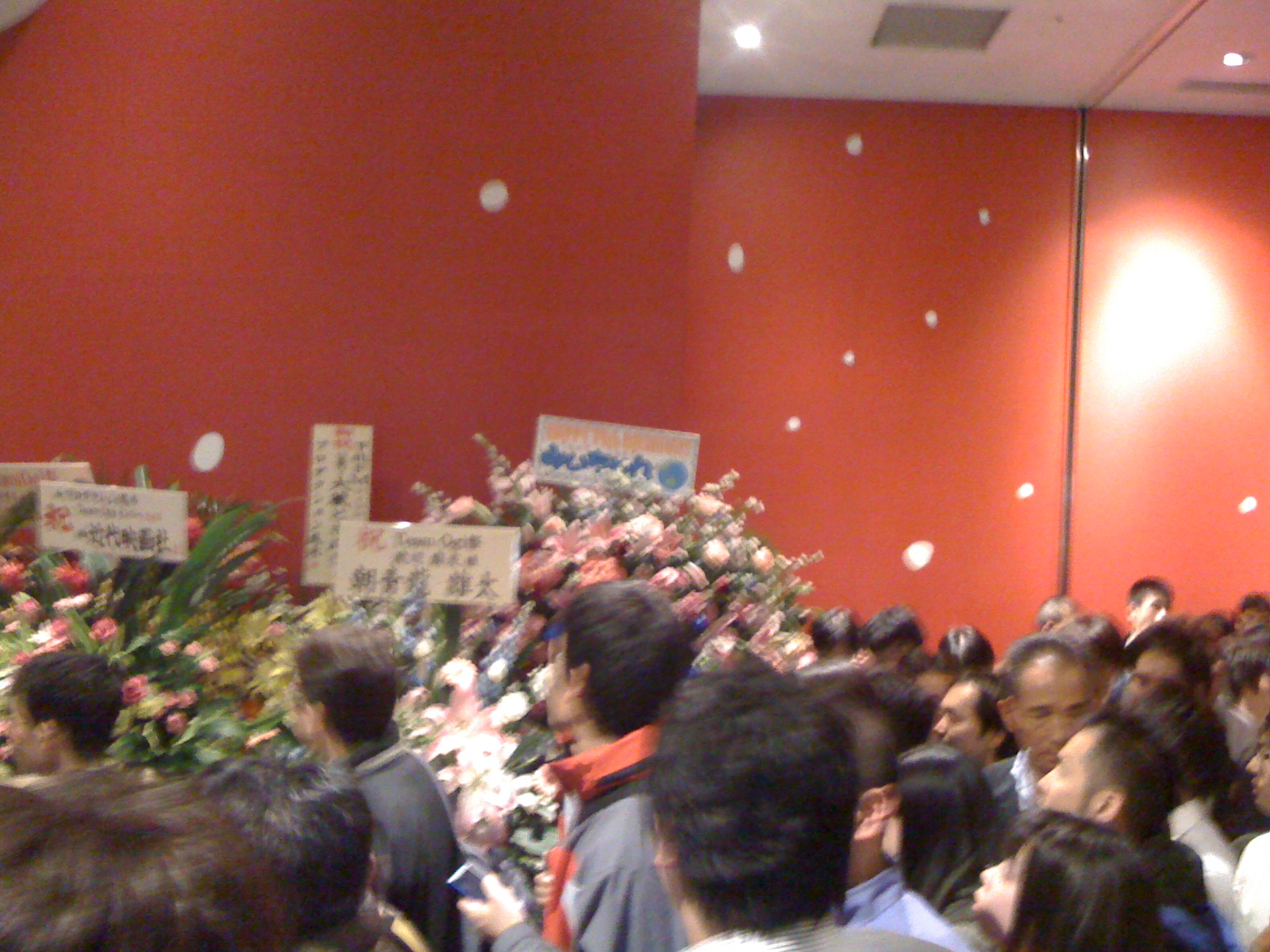 Oh, a quick and blurry shot of the birthday flowers from Flagator and everyone else on the forums.  Nice job guys!

And the good news?  I finally won a show at the theater, SDN48 and Chen Qu’s birthday show.  This means I will have been to every Chen birthday celebration since the beginning of SDN!  Cool.