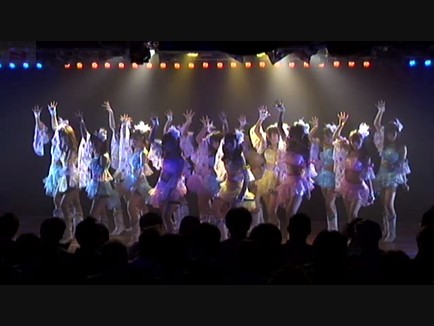 For AKB48’s Team B, there was hardly time for a deep breath.  I was still getting over the end of Team B’s 3rd stage and the graduations of Matsuyuki and Gussan.  And WHAM!  One week later a brand new stage.  This is the second stage with original material for Team B, and to say it was “highly anticipated” would be an understatement.  B3 was so great, and it dominated the Shibuya AX concert.  Could this show possibly compare to that one, or an epic stage like A4?

I must admit my first thought was WTF? after seeing them come on stage in full marching band regalia.  I was convinced that they weren’t really playing the instruments.  But at the end I think they were!  Ultimately I am not in love with Idol no Yoake.  AKB48 doing John Philip Sousa just doesn’t float my boat, even if Lovetan looks cute twirling a baton!

Minasan mo go Isshou ni kicks serious ass!!!  There are about a half dozen songs in this stage I absolutely love, and this is one of them.  I’ll call it my second favorite.  I just love the pacing, and it reminds me of Ki ni Naru Tenkousei from K3.  And the verse has a great ska beat!  Now about these costumes…I just hate when they wear skirts that cut so high on their abdomens.  It makes them look fat, which they aren’t.  Cripes, even Yukirin looks chubby in this outfit! Haru Ichiban ga Fuku Koro~ Is a pretty song.

What I am beginning to be fascinated by is the way we get to witness the stage develop via On Demand.  It is fairly obvious that most of this show is lip-synched, something that will probably lessen as the girls get used to the songs.  The song ends with AKB’s traditional Rockettes kick-line.

Kobushi no Seigi…Here is where the set starts taking a turn toward hard rock.  By the way, thank gawd they ripped off those horrible skirts.  These costumes are much cooler.  There are quite a few songs with screaming metal guitars in them, and this is one of them.  That said, I don’t really love it.  It isn’t very melodic, and has strange key changes in the chorus.  I don’t get it.

After the intro MC (Mayuyu is so cute when she talks!) we get the set of smaller unit songs.  I love the costumes throughout this part of the show.  The theme seemed to be knee-hi’s and garters.  Oh my, it is a parade of one sexy look after another, with some comedy relief in the middle. 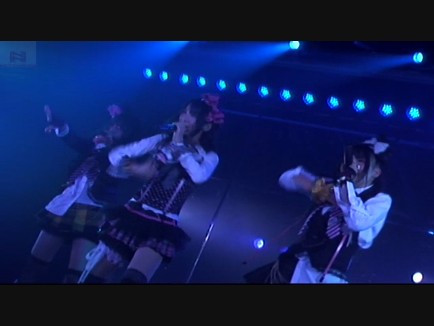 Zannen Shoujo was definitely all about Mayuyu, and Kuchiutsushi no CHOCOLATE seemed to be all about Yukirin.  I liked the first song, it has quite a bit of attitude.  But I’m not sure if Yuki and Nacchan’s voice fit the second song as much.  They sound high and whiny, and I think the song needs a stronger and deeper lead.  I really want to like the song, which is yet another rocker.  I think the issue is there are so many intense songs in this stage, and not enough girls to distribute them too.  I thought Aika did a good job with it, although she isn’t the main singer. 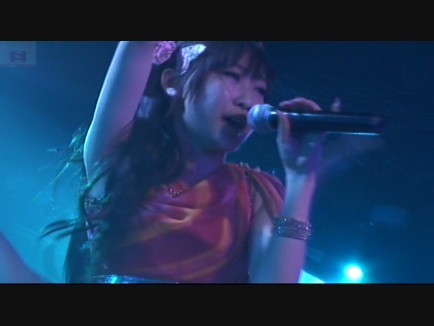 While watching/listening to Kataomoi no Taikakusen, I couldnt take my eyes off of Moeno Nitou the entire time.  What a pretty face, she really is cute!  The song is good, a little bit less “rockish” than the previous songs 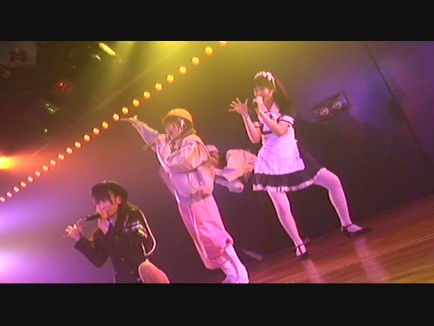 Tengoku Yarou is AKB48’s answer to the village people?  This is a really fun song, and the costumes are great!!!  What the hell in CinDy wearing?  And damn Kohara Haruka is shot out of a cannon!  She is like the Kusumi Koharu of AKB48!  Oh yeah, Sayaka has great legs!  I love her french maid costume!  This is another one of my favorite performances. 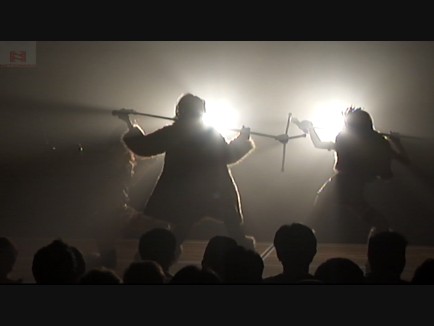 But the best song of the stage… 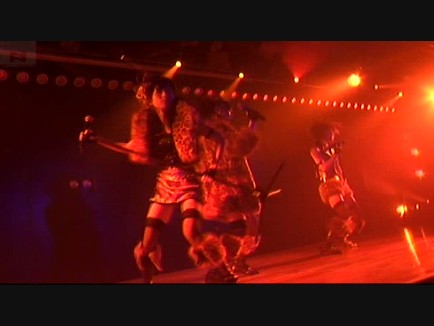 Everything about Itoshi no Natasha is awesome!  Tanamin!!! I love her!  And Haachan looks incredible too!  This song is Team B’s answer to Blue Rose.  I can’t wait to see who rips their clothes off while singing this at AX next year.  This is my favorite B song from either stage by far.  What makes it great is that the three of them have perfect voices for a hard rock song like this. 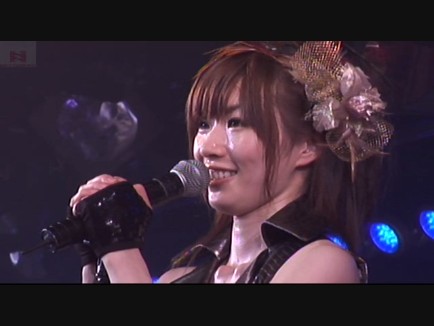 I loved this MC segment, Miku looks so damn good! 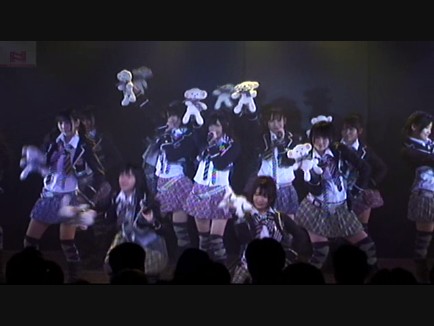 I really like Joshikousei wa Yamerarenai, which many people are saying sounds like Morning Musume’s Love Machine.  Yeah, I hear that.  Especially the “woop woop” parts.  But I think it sounds just as much like The Miracles’ 1975 hit Love Machine, especially the bass line and the 70’s synthesizer playing in the dance parts.  Suki to Ieba Yokatta has a latin vibe to it, although I dodn’t really find that song all that memorable. 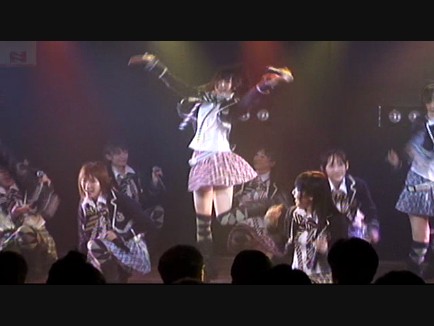 Sobakasu no Kiss is another one of my favorite songs of B4.  It has a heartwarming feel to it.  A really cute song amidst a sea of intense hard rock.  Tanpopo no Kesshin is the pretty but melancholy end to the main set.

Watanabe Mayu comes out by herself and does a bit kinds like that “cafe game” they do on AKBingo!  But what the heck is she wearing?  Is that a garbage bag? 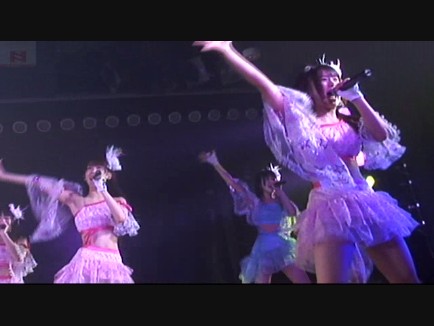 “B B B B B!!!”  Heavens, there are a lot of B’s in B Stars.  It is quite energetic and probably a crowd pleaser.  But as far as anthems go, Wasshoi B is a much better song.

I love the beginning of Yokosuka Curve, which gave me the impression that this would be a dance song.  But then it goes back into more of a rock sound.  So I ask, what the hell was up with that beginning?  It was so cool, yet it didn’t have anything to do with the rest of the song?  That said, it is my favorite of the three encore songs.  Arigatou is a run of the mill ballad, but the girls all look beautiful.  I was amazed at CinDy roll calling the entire cast at the end.

And thus ends B4.  Overall this is a great stage.  I definitely like it more than Pajama Drive, which is saying something.  It is one powerful song after another, which insures the audience will have a rockin’ good time.  Plenty of hot costumes, and the girls all look really cute!  I cannot wait to see this stage in person!  And now my Top-5 songs of the stage…