This year was the 7th Annual J-Pop Summit in San Francisco, and the 4th time I have attended in the last five years.  It has probably become the biggest Japanese-themed con in the Bay Area.  Well, there is Comic Con in San Jose.  We also had Japan Expo in San Jose/San Mateo which once boasted an idol lineup of Kikkawa Yuu and Dempagumi, Inc.  But it looks like that one may no longer go on.

I almost chose to skip J-pop Summit this year.  Frankly, there weren’t any idols/artists on the bill that I was too excited about seeing.  Over the last few years this event has managed to bring quite a few notable idol acts.  Danceroid in 2011, Kyary Pamyu Pamyu and LoVendoЯ in 2013 , Itano Tomomi and Tokyo Girls Style in 2014, plus the US premiere of AKB48’s first documentary in 2011.  I was hopeful this year would bring another fun idol act that could muster up some enthusiasm. 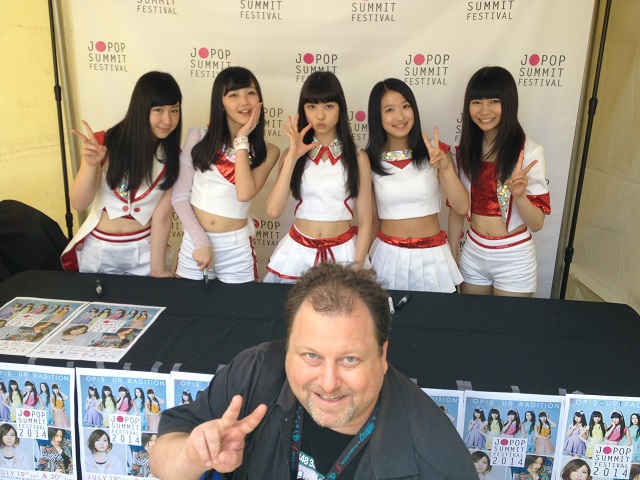 (My TGS 6-shot from last year)

Then of course last year’s event left a slightly bad taste in my mouth with the neighboring Ramen Festival turning the entire event into a complete clusterfuck.  It was next to impossible to walk through the event because the ramen booth queues overwhelmed the entire street.  This year, instead of the traditional free street fair J-pop Summit always was, they actually held it in a convention hall.  And for the first time they actually charged admission. 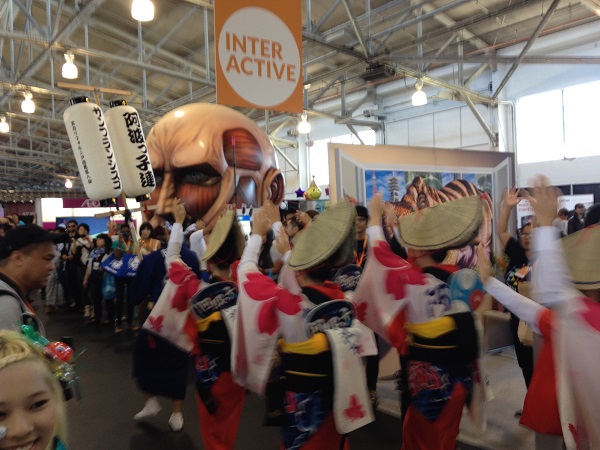 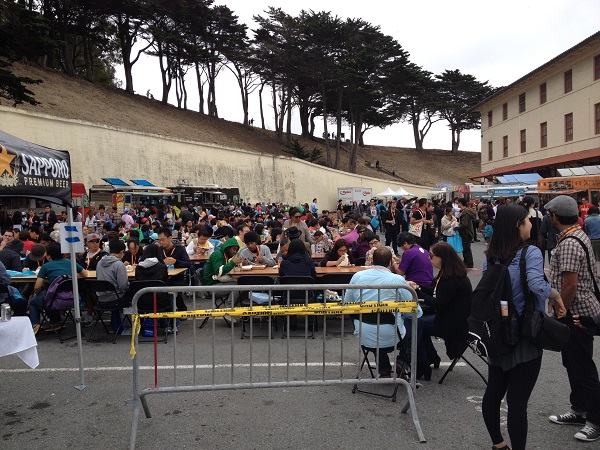 (The food trucks, not bad.  At least the lines weren’t huge, and not difficult to find a seat)

To my surprise the event went off with hardly a hitch.  There were plenty of booths, most of which were highy interactive.  Lots of free food, including a free Shochu tasting booth, Miso Soup, Calbee Products, and Onigirasu (a sandwich shaped Onigiri) served to you by idol group Musubizm.  I entered both days for the H.I.S. trip to Japan contest.   Unfortunately I forgot to go the the actual drawing both times.  Anyway, on to the idol acts…

The first concert took place 15 minutes after doors opened.  The performers were… 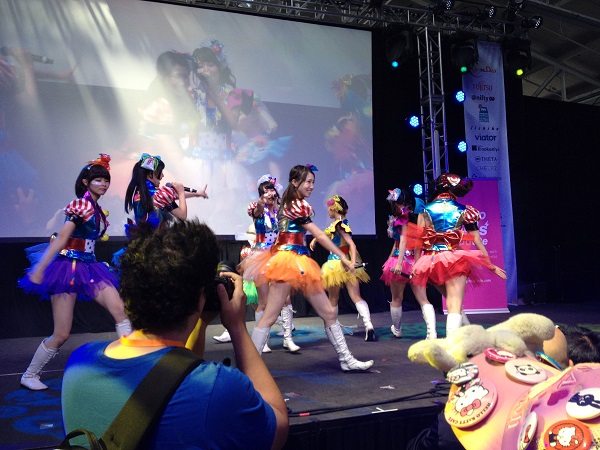 FES☆TIVE: A relatively new idol act who just signed with Tokuma Records.  The same label as Wasamin I might add. (More on that later).  They recently released their first major single, Omatsuri Hero.

LittleGlee Monster: A sextet known for their harmonizing and general singing prowess 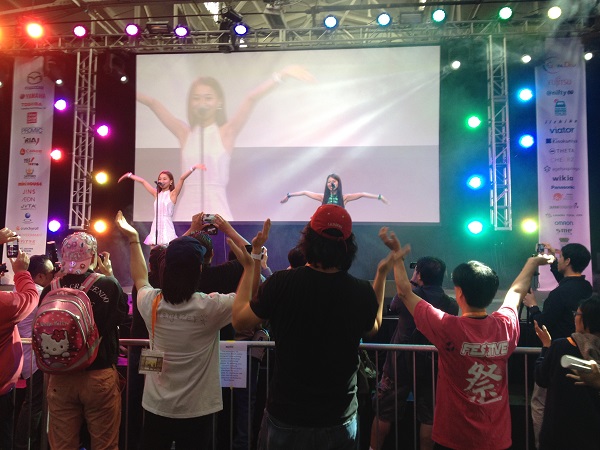 Faint☆Star:  An idol duo, also known for their quality singing.

The crowd was quite small, which meant their wasn’t too much synergy going on.  But it did mean that everyone there got to be extremely close to the stage.   On first listen I was most impressed with Little Glee Monster.  They really aren’t idols as much as they are a true vocal group.  They mixed their original songs with covers of The Jackson Five’s I Want You Back and Pharrell Williams’ Happy.  I was definitely interested in purchasing some of their CD’s, which I did later on for their autograph event on Sunday. 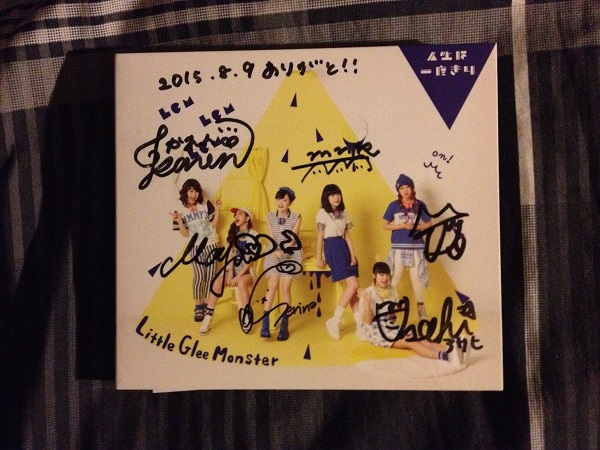 FES☆TIVE actually led off the event.  And per usual I let my subconscious mind and eyes decide if there is a member who will catch my fancy.  My friends thought I would be drawn to Suzuki Mitsuki, the petite blonde member.  But if you are familiar with my blog (and my taste) you will know that a gorgeous smile will catch my attention every time.  It didn’t take me long to find the girl I liked.  It was the Orange member, Aoba Hinari.  I just couldn’t take my eyes off of her the entire set.  Not to mention she noticed me watching her, and immediately responded. 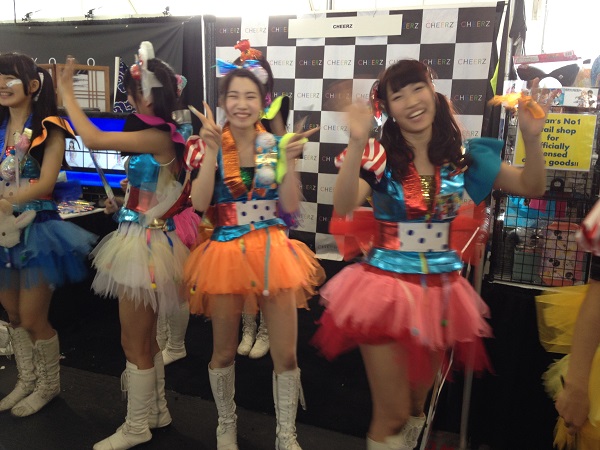 Of all the acts to appear the only traditional idols were FES☆TIVE, and Musubizm who performed later that afternoon as part of the MOSHI MOSHI NIPPON ensemble.  This was another smart move by the event producers.  It seemed that all of the performers came sponsored by the various vendors.  So instead of having to pay for all the talent, I am guessing it was done on more of a barter system for sponsorship and booth space.   FES☆TIVE came in support of the CHEERZ Phone App.  Little Glee Monster, Gacharic Spin, and Eir Aoi seemed to be associated with Kinokinuya, as well as another J-pop music app. 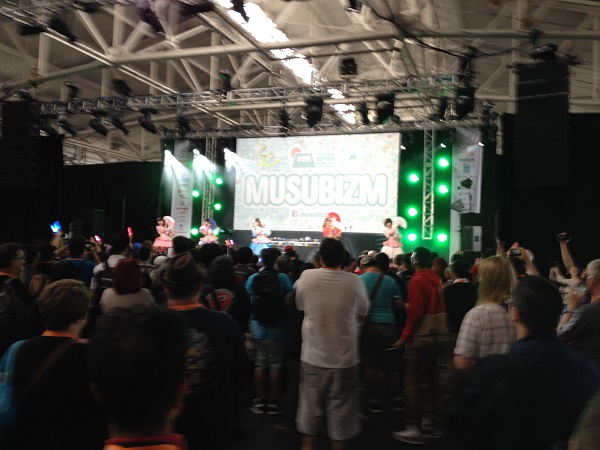 The other nice thing was that pretty much every group had scheduled Meet and Greet and/or Autograph events, only a couple of which were “VIP Only”.  The only group who had no events like that scheduled were FES☆TIVE, which was disappointing to my friends since that was the group they came to see.  Little did we know that they would become the most accessible group of the entire weekend.  Which brings me to the highlight of my weekend, and pretty much why I thought the entire event was so awesome… 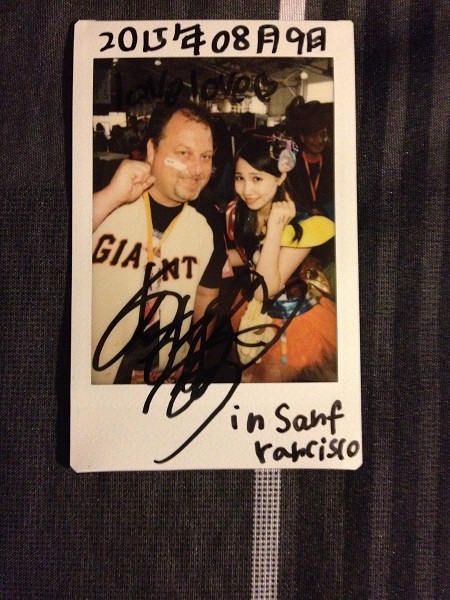 (Luckily my friend had a cheki camera.  Note the spelling of “Sanf Rancisco”)

One of FES☆TIVE’s Japanese fans had flown in for the event, and he had a dialogue going with their manager.  He let us know that despite there being no “official” fan interaction scheduled, they would be spending a lot of time at the CHEERZ booth throughout the weekend.  On Saturday that meant we were allowed to take group shots.  I was one of the first to go… 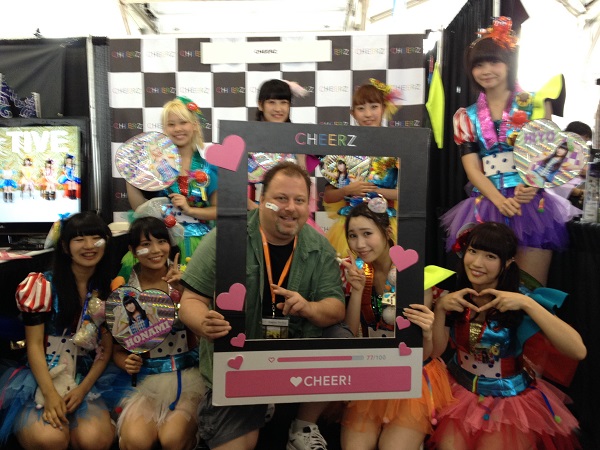 Now the cool thing was that for most everyone else’s shots the fan was the only person in the CHEERZ frame.  But I had been “playing” with Hinarin the entire time.  So when it was my turn she decided to lean into the frame with me.  I took plenty of other photos of Hinari that day, and she always seemed to be striking a pose for me. 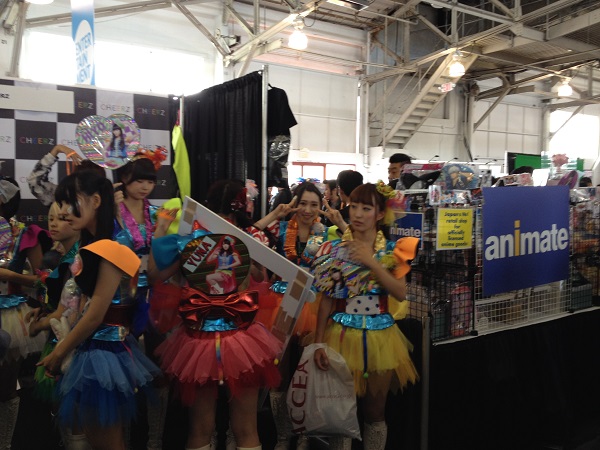 Then came Sunday, and it was a FES☆TIVE “free for all”!  2-shots, Group Shots, Autographs, Conversation.  We pretty much hung out with the group the entire day.  Now on the first day I went pretty much “incognito”, but on the second day I decided to represent with my Wasamin sousenkyo T-shirt.  The first person to notice it was Hinarin, who immediately dropped the bombshell “I know Wasamin, she is my friend!”  Really?  Well, they are both from Chiba (I really seem to be attracted to Chiba girls XD), close to the same age, and they are on the same recording label.  Oh no, this could be a total disaster!  Or…it could be a good way to make Wasamin jealous.  So I told her to be sure and tell Wasamin that we met.  A couple of the other members also noticed my shirt, as well as all of Little Glee Monster.  So Wasamin is well known among idols. 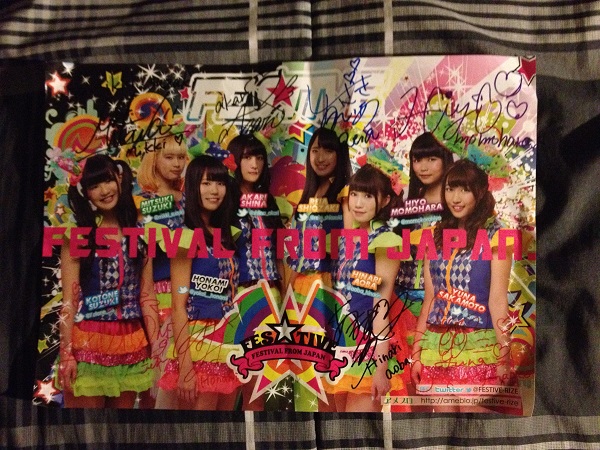 Later on Hinarin delivered a message to me via the Japanese fan (who also happened to be a Hinarin oshi)  She wanted to thank me for supporting her, and that she was so happy I became her fan.  Then, as we were leaving her event we again ran into the group in the parking lot.  Hinarin immediately gave me the “heart” hand symbol.  Later that night she was busy favoring a bunch of my tweets, something she has continued to do all the way up until today.  So as far as I was concerned it was mission accomplished.  I managed to find an idol I really liked and made quite the impression on her. 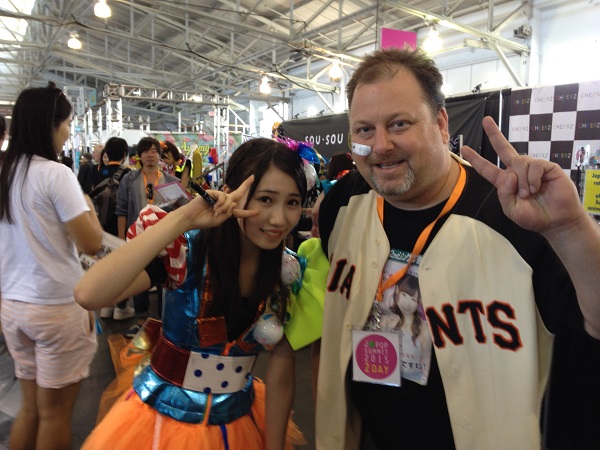 (She wrote on my hand too!)

BTW, here is one of their PVs.  There is a lot of YouTube content on their official site.

So that was pretty much my fun at J-Pop Summit.  If you are wondering why I didn’t talk more about the other performing artists.  Well, they really weren’t the type of groups I am in to.  Gacharic Spin are definitly talented and exciting, although I didn’t really care fmost of their songs.  JAM Project was just a trip!  Five Heavy Metalesque singers on stage like they are idols or something.  It was all so campy I couldn’t help but giggle most of the time.  The other highlight for me was running into my old friend “K”, who I hadn’t seen in over 5 years.  K was the author of a blog called Mini Moni Mania, and one of my biggest inspirations to get into blogging in the first place.  In fact I remember asking K for advice when I started my first blog.  So it is always nice to run into old friends like that.  Oh, and then there’s this… 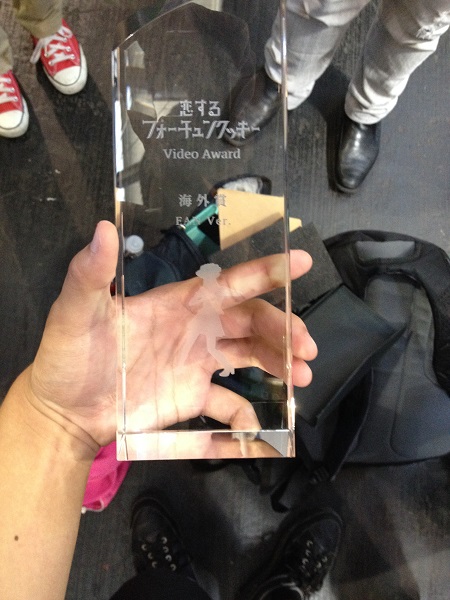 So all in all a great weekend.  I was happily surprised at how big a success J-Pop Summit turned out to be.  It has instantly turned into an event I am going to look forward to every year…

Now if we can just get Wasamin to come and perform!