This event was a last-minute thing for me, and it was only after I had so much fun with the HKT girls that I decided to grab a few tickets in the last resale. I applied for 9 tickets, ultimately winning four of them. Luckily, most of the tickets I won were at the end of the event, with the exception of one. And that was the member I was most looking forward to see. So the plan was to get there around 3pm, do the one handshake, and then go find a place to veg-out for three hours before coming back at 6:45pm for my final three tickets. I also had tickets for the AKB National Event the day before, but decided to skip it since I did have a few things I needed to get done that weekend.

Akiyoshi Yuka (Slot 5) – Yuka-chan was one of the big reasons I got tickets for this event. For this slot there was a possibility of winning a 1-shot video. I had no idea how the system worked, and when looking at the questions I was thinking “Shit, I will never figure this out quickly, so I will just pick one at random. It didn’t matter though since I lost the lottery, and would simply get a handshake. To be honest, I was slightly relieved.

Akiyoshi’s line was taking forever, it was then I realized she had left the lane for quite a while. I wondered if she was bailing on the slot, but she eventually returned. I finally got to the front of her queue. I like that she yells my name every time I come into her booth. I essentially told her that the reason I was there was for her, and although I didn’t win the one-shot I was glad to be talking with her. I was glad to see that her queue was pretty long (and I lost trying to apply for her Slot 6) since at HKT events her line is relatively empty. And of course I was wearing my Yuka-chan flower and ticket-holder. 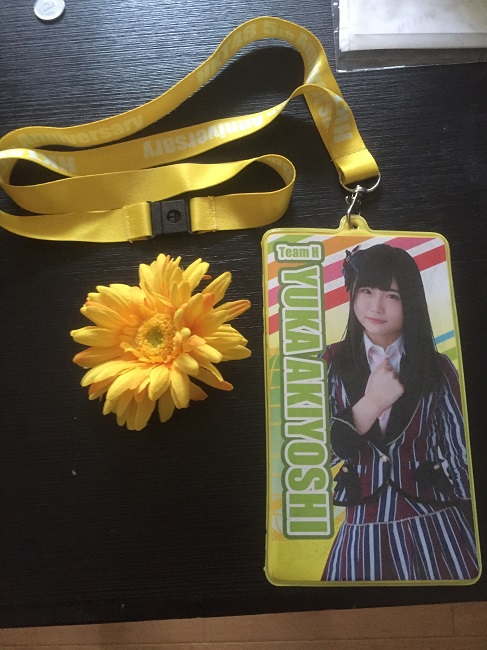 After grabbing a Kebab wrap from one of the food trucks outside, and talking with @Sakuraism for a few minutes, I went and hid out at Caffe Veloce over by the train station.

Akiyoshi Yuka/Tanaka Yuka/Kurihara Sae Interview/Photo-op (Slot 7) So I didn’t win my other applications for Yuka-chan, but at least I won this ticket. I actually like these little mini-events. They are kinda short, but they are fun. They remind me of Wasamin’s mini-lives. Whi I was waiting for the queue to open up a random Japanese fan came over and started talking to me. It was a really good opportunity to practice my Japanese as he didn’t really know English at all. In fact, ever since the guy has been LINE messaging me quite a bit, which has also been really good language practice for me…

I drew entry ticket #67, which was good enough to get me into the third row on the left. The event started and Yuka-chan immediately noticed me sitting on the left, which luckily was where she was positioned. The photo-op started, this time I decided to take a video. 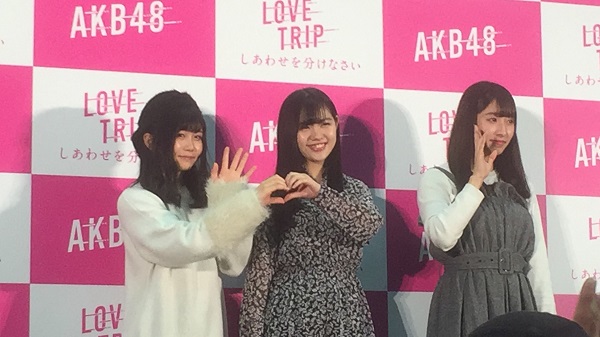 (Yuka-chan glancing in my direction)

So the funny part was at one point Akiyoshi begins to focus on me, smiling and waving. All of a sudden Tanaka Yuka notices me and begins trying to fish me. She repeatedly looked my way, waving and mouthing “Hello!” at me. What’s with all of these girls trying to steal Akiyoshi’s fans? The previous week it was Lovetan, this time Yuutan. A little respect for Akiyoshi please! BTW, I barely paid attention to the questions, although I sorta remember one being about the outfits the choose to wear at events.

Murakawa Vivian (Slot 8) I was able to score one Bibian ticket, and I would be playing old maid for her autograph. Earlier I had seen people walking around with the Old Maid cards, some winners and some losers. To be honest I would have been just as happy with a losing card with the pictures of the managers on them. Yuasa’s was especially funny. In this round they gave you the form to fill out first since you don’t know whether or not you will win until you meet the member. In the meantime I was watching Tomiyoshi play old maid with her queue. She was obviously trying to make everyone win as she would show them the cards face up first, and then slowly shuffle them. Would Vivian make it that easy too?

No such luck, she shuffled them under the table and then brought them out face down. I had a 50/50 shot, and… 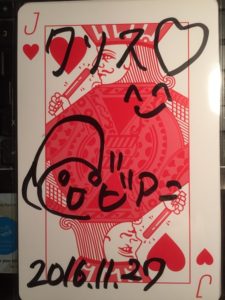 I won! Vivian finally learned my name, so I was happy about that.

Matsumura Kaori (Slot 8) – My final ticket was for Kaotan, and it has been a while since I had spoken to her. I was a little nervous since I wasn’t sure what to talk about. In the meantime there was plenty of action going on around Kaotan’s queue. First of all, Suda Akari’s day was just ending a couple of queues over, and she was coming out to say goodbye to her fans. She was wearing the tightest little mini-skirt, and cute little beret and a tight black sweater. She looked so hawt! At one point she was waving to us in the Kaotan queue too. Then, Masanya had nobody in her queue for the longest time, so she was practically living in Kaotan’s booth. It was like having a handshake with both of them. Unfortunately (or not) she got a few people in her queue just before it was my turn. As far as the Old Maid card was concerned, like I said before I liked the Yuasa card. I also already have a Kaotan autograph, so it really didn’t matter to me if I won or lost… 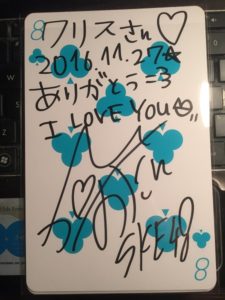 I won anyway. Then Kaotan completely amazed me. First she asked me how school was going. Then she asked me where in Itabashi I lived. I couldn’t believe she remembered so many details about me. When I told her what part of Itabashi I lived in she got very excited, and told me she was familiar with my neighborhood. After all, it isn’t too far from Wakoshi, where she grew up. I told her I would be sure and get tickets for AKB 2-shots with her. Kaotan is an amazing idol because she knows how to relate to people. It is the biggest reason why she has become one of my favorite members to see.

And that was that. Short and sweet. I remember the old days when I would get 25-35 tickets for these events. These days I am just as happy with 5-10 tickets. In fact, earlier this year I went to two events where I had only 2-3 tickets. These days the lines go a lot slower with all of these little games and videos, so there is a much bigger risk of eating tickets when you buy too many. As for the little extras they are now offering with the handshakes, to be honest they are not really a big selling point for me. I am just as happy simply talking to the members.